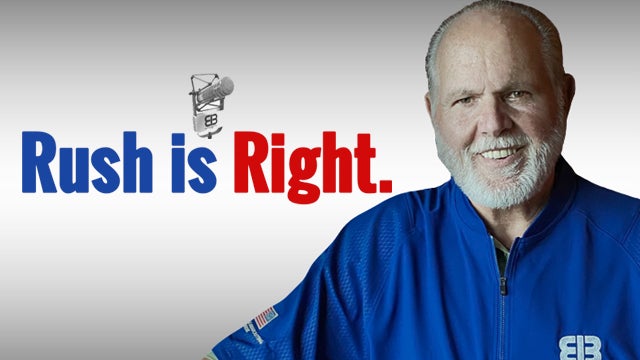 RUSH: Folks, let me ask you a question. Those of you — and I spoke to some of you on the phone yesterday — how many of you out there had a very trepidatious feeling about the election and have now had a reversal because of the debate last night? How many of you are now feeling renewed and better and more optimistic simply because of the debate performance by the president last night?

No. I mean, it’s a serious question. Because there’s a rule of thumb out there that says debates don’t change anything. They’re just part of the campaign. But especially now, I think before the debate ended last night, they were putting a number out that 50 million Americans already voted. So that means that there are not a whole lot of undecideds out there. So how much could the debate have mattered? How much could it have changed people’s intended voting choice, or how much could it have changed people’s enthusiasm?

And to me it has made a huge difference in my attitude. I just have to share that with you, and I don’t know if it’s affected some of you in the same way. Some of you may be, “It’s too late, Rush. They got 12 days to go.” I don’t mean that you’re out there being negative about it. I’m just saying — it’s too little, too late, it can’t make that big a difference — I tend to disagree. I disagree with all of this conventional wisdom that says, “Ah, not enough time left. It’s too late in the game.” I don’t believe that at all.

And folks, the one thing that I need to keep pounding is, don’t be afraid to go vote. If you want to vote absentee, go for it. If you want to early vote — like Trump is gonna early vote tomorrow here in Florida. If you want to early vote, go right ahead. Don’t misunderstand. But I’m telling you, there’s no substitute for showing up on actual Election Day and dwarfing turnout. There’s nothing like it. It can screw with the exit polls. It can cause the Democrats and the left to get all depressed themselves.

So don’t be afraid of voting in person. I know you’re afraid of the virus. And I don’t mean that to sound mean. It’s a legit concern. I have to be. I can’t get it. So I understand it. A lot of people are afraid. Depending on where you are, we may be in an uptick of the virus. I understand the concerns about that. And I by no means intend to sound cavalier about it. So don’t misunderstand.

However you do it, just make sure you do vote. Now, I know this sounds crazy. “Rush, we know to vote.” You say that, but then every election, every four years, look at the numbers of people who don’t. It will shock you. It will astound you the number of Americans who do not vote. I can’t explain it, but they don’t.

Some audio sound bites. Here’s Jonathan Martin. Jonathan Martin used to be Politico. Then he went over to the New York Times some years ago. He was on CNN this afternoon. And he’s admitting here that Biden hurt himself, that the Biden basement campaign — well listen. Let’s just see what he says.

MARTIN: He didn’t help himself. I think he probably created more —

RUSH: Hold it. Hold it. My bad. Stop the tape. There’s a question here. I need to tell you the question he’s answering. It is from John King. He said, “Biden is the overall leader. I don’t think any of us think that there was anything he did last night to really hurt himself. But maybe he did hurt himself a little bit here on the issue of oil?”

MARTIN: He didn’t help himself. I think he probably created more of an uncomfortable spot for members of Congress in places like Oklahoma or eastern New Mexico, which obviously are huge oil communities in America. Joe Biden has had a blessing this campaign. The basement campaign has been a blessing for Democrats. And last night was a reminder of why it has been a blessing because Joe Biden is given to saying things that he or his staff later have to clean up. And the fact that he’s never really had to have sort of like four or five events along the day on a campaign trail, this was always the risk with nominating Biden, is that he would have these gaffes that would have to be cleaned up after the fact. 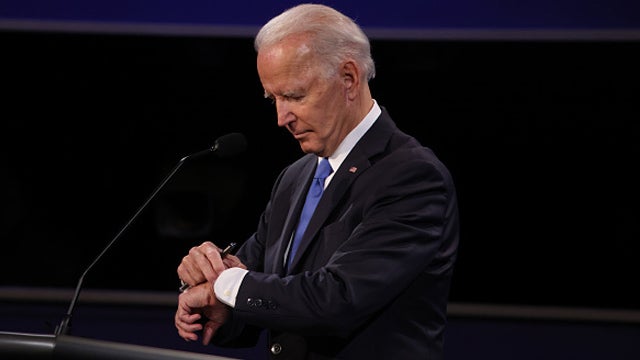 RUSH: You know, you gotta weigh through all of that. The bottom line is, they’re nervous. He came out of the basement and he can’t do it. That’s what Martin’s admitting here. He can’t do it. He can’t come out there and campaign four times a day, he can’t come out and do it. They’ve had a blessing by having Biden be able to get away with staying in the basement. And now they’re admitting he can’t. But he has to now. Because of this debate and because the gaffes and stepping in it on shutting down the oil business in America? He’s gotta come out. And they’re worried that he can’t do it.

You remember Hillary’s ad back in 2016? Think about Joe Biden’s diminished mental capacity. Would you trust Biden to do the right thing if he gets a 3 a.m. phone call? Remember that ad? They’re worried. They are nervous. And it is understandable. He did hurt himself last night. He didn’t like the question. “I don’t think any of us think there was anything he did last night to really hurt himself. But maybe, maybe he did hurt himself a little bit on the issue of oil?”

They’re worried to death he hurt himself ’cause you know what? It looked bad. It was unavoidable. Trump looked vital. Trump looked tanned and rested and ready. And this guy’s doing two and three rallies a day. He’s indefatigable, he’s not sleeping, he doesn’t need it. Biden’s gone and hidden away for five days, shows up looking bad, looking sick, looking pale. And the longer the debate went, it was obvious that Biden was losing his train of thought and ability to keep track of things. So they are worried.

Now, let’s go to the White House today in Washington, Oval Office, President Trump announced that the country of Sudan will now be normalizing relations with Israel. A reporter said, “Can you expand what this means to Iran, the pressure that these deals are now placing on Iran?”

THE PRESIDENT: Ultimately Iran maybe will become a member of this whole thing, if you want to really know the truth. Someday I’d love to help Iran. I’d love to get Iran back on track. Their GDP went down 27%. They’ve gone from a rich country to a poor country in a period of three years. And I’d love to get them back on track. They just can’t have nuclear weapons. That’s all. And I could see Iran ultimately — right now it doesn’t sound like something that would happen, but I see it happening. 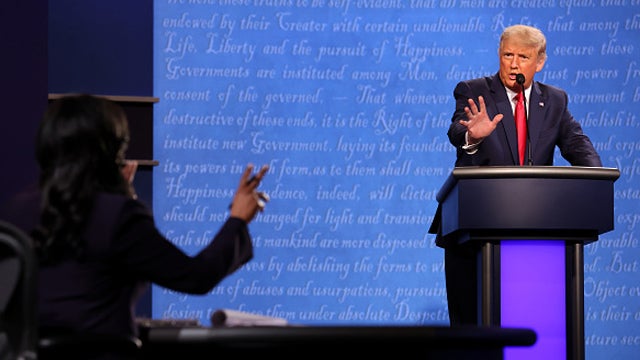 RUSH: Yeah. So there’s a new deal, Israel and Sudan. The Middle East peace deal keeps expanding. And it keeps expanding outside the purview of the Palestinians. And that’s just shocking everyone. None of this that Trump is doing is supposed to be doable, and the reason is they can’t get their arms around the fact that he’s still an outsider accomplishing all of these things. Outsiders are not supposed to be able to do these things.

There’s one more. Next question. Reporter says, “I think everybody who watched the debate last night said that you seemed much more calm and measured at the podium. How much of it was you kind of trying to change your strategery or were you just playing by the debate commission’s rules?”

THE PRESIDENT: I think the other is more effective in terms of business and life, the first one. I thought I did great. There are certain groups of very aggressive people that loved the first debate. But I think this was better. This is obviously a more popular way of doing it. And, no, I think, you know, I wanted to play by the rules. They felt very strongly about it. It’s two different styles. I’m able to do different styles, you know, if you had to, but this seemed to be much more popular.

RUSH: So he’s gonna stick by that first debate performance. “Yeah. Yeah. I intended to do — that’s how you get things done in business and life. The first one, I thought I did great. Certain groups of very aggressive people that loved that first debate.” And they did. By the way, we had a bunch of them call here. They started getting upset so many people were down on Trump on that first debate. They want that Trump. They think that’s the Trump that needs to be on display all the time.

RUSH: Well, thank you. Same right back to you.

CALLER: Thank you. I try to reach you every year on our birthday, but I can’t do it. So you just have to be thanked for wakening a generation. I hope I’m speaking for or other women out there, but you really do challenge and encourage and inspire us and keep us off the ledge. I know you have kept me off this election season, and you do it like nobody else can do it with, you know, lots of honesty and humor. The left has to be exposed all the time, and you do it. You’re the master. So I just want you to know that you really have succeeded in doing what you were born to do.