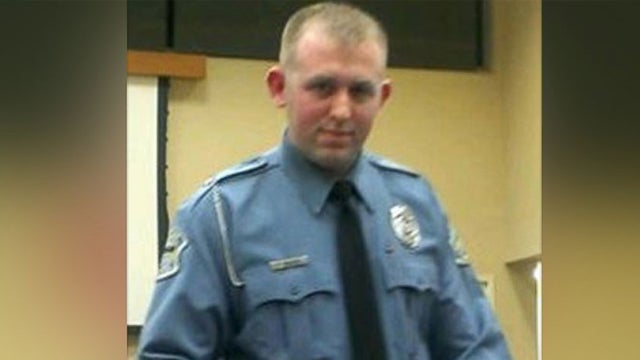 RUSH: Say, how many of you thought that the Michael Brown case in St. Louis — in Ferguson, Missouri — was over? I did. I have to admit, I had no idea that they were reexamining the case. All I remember is that the grand jury found that the police officer had done nothing wrong, that there was no “hands up, don’t shoot,” that everything that happened was justified.

That Michael Brown had tried to get the officer’s gun. The officer fired in self-defense. The guy was walking down the middle of the street. He was not on the sidewalk contemplating his first day at college, blah, blah, blah, blah. I thought it was over. Turns out, that’s not the case, and I apologize deeply. I don’t know how this one got past me.

“A St. Louis County, Missouri, prosecutor said Thursday that he will not be charging the white police officer who shot 18-year-old Michael Brown in 2014, after quietly reopening the investigation. Civil rights leaders and Brown’s mother reportedly hoped that Prosecuting Attorney Wesley Bell, who became the county’s first black prosecutor in January 2019, might reopen the investigation into police officer Darren Wilson, who shot Brown six years ago.”

The new prosecutor “told reporters today that his decision was ‘one of the most difficult things I’ve had to do.’ But after a five-month investigation…” Another one. There was another one. “[A]fter a five-month investigation into the case’s evidence, witness statements and forensic reports, he came to the conclusion that ‘we cannot prove that he’ committed murder or manslaughter. …

“Wesley Bell, the county prosecutor, defeated Bob McCulloch mostly because of death of Michael Brown and a promise to reinvestigate the shooting.” So that happened, and the results are in. Brown wasn’t murdered. There was no real reason to burn down half of Ferguson, Missouri. Here’s a quote from the new prosecutor:

“Although this case represents one of the most significant moments in St. Louis’ history, the question for this office was a simple one: Could we prove beyond a reasonable doubt that when Darren Wilson shot Michael Brown[,] he committed murder or manslaughter under Missouri law? After an independent and in-depth review of the evidence, we cannot prove that he did.”

Three investigations! Eric Holder did one of his own. The grand jury in St. Louis, Ferguson, did one of its own, and then this thing, three times. Certainly two. I saw this news story yesterday and I said, “What the…? How the hell did this get past me?” So I need to apologize to everyone in St. Louis, at KMOX. I don’t know how this got past me. I didn’t even know that it was happening.