CALLER: Rush, it is an honor and a pleasure, and it’s like winning the lottery, getting through the phone lines to speak with you and hang in there buddy, America needs you. As you alluded to, Madison, Wisconsin, bleeding heart liberal parents. And when I first stumbled across you in like ’90 or ’91, I had thought you were the most dangerous guy in America.

RUSH: That just stuns the hell out of me, but I’ll accept it ’cause I know you mean it.

CALLER: Yeah, oh, yeah. I was in college and I thought you were the most dangerous guy. But for some reason I kept listening and observing and took to heart what you said —

RUSH: Why do you think you did. Instead of just turning the show off and finding something else, what was it that kept you listening?

CALLER: I mean, I thought you were so outrageous and so dangerous of what you said I could not believe what I was hearing. You know, it’s like kind of like you have to look at a train wreck. You don’t want to, but you have to. And luckily I did, ’cause again, I started to actually listen to what you said and applied it to what are Democrats doing, what are they saying. And by God, you were right, they were completely different, and I just started to think more, ’cause again, I didn’t know better. That’s all I grew up in was liberalism.

CALLER: And, like I say, I started to listen. Again, this was back in ’90, ’91. It was just like man, what he’s saying not only sounds good, but is factual. I saw it, I heard it, I saw what the Democrats were doing, and that’s where I kind of ended up being. And now, like I said, I transformed into a full-fledged, you know, Republican, slash, conservative, and I found it more truthful, more honest, more genuine. And again, another big taste was when they were just beating the heck out of Clarence Thomas. This is a black guy, everybody should be loving this. And Democrats were ruthless against him, and it was just like what miserable people.

RUSH: Well, I gotta tell you. I appreciate it. That is a very detailed explanation for why you hung in. And let me just help out. You know, I’m a master communicator among many other things at which I excel. And as a master communicator, I often seek to make my points using as few words as possible. A lot of people don’t do that. They engage in circumlocution, which is using more words than you need because they think it makes ’em sound smart. 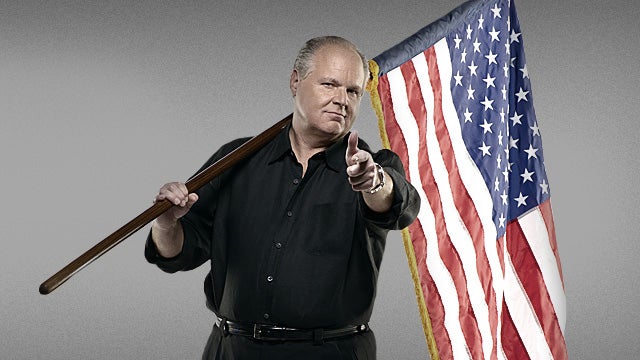 But communication, if you really want to pull it off, if you really want to be effective, you use the fewest number of words necessary. And the answer to the question I asked, “Why did you keep listening?” You didn’t like it. You thought I was a dangerous guy. Why didn’t you go find something less threatening? And the answer to the question, ’cause the show is compelling. He was unable to turn it off. And he may not have known why at first. But he had to keep a listening, even though he thought he hated it, it was compelling.

He was hearing things he hadn’t heard before on the outlets that he routinely listened to. And those things that he was hearing intrigued him, which is a testament here to Mike’s brain, to his mind. A lot of people, when they are challenged and threatened that way, they get rid of the threat, they get rid of the challenge, they turn off the show. But Mike here kept coming back to it because he was almost compelled to. So, bottom line, it’s a good show. Whatever else it is, it’s a good show, and it always has been. Mike, thanks very much for the call. Tremendous commentary, and I appreciate it.