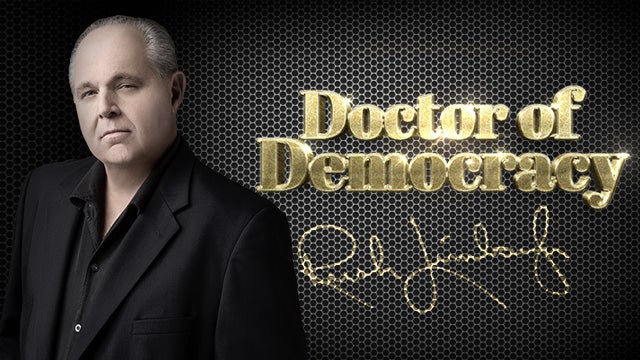 RUSH: Do you realize how…? (chuckles) The left wants equal time on Independence Day! They want equal time to make their case on the day celebrating Independence Day, essentially. Well, that’s what it means when they’re upset that Trump’s having this gigantic celebration of American independence. They don’t think it ought to happen. They think (impression), “Trump is politicizing it! It’s a shame! It’s not fair!” So they’re gonna do their best. I’m gonna tell you what, folks.

For those of you who think that I’m on the ledge, I’m not on the ledge. You gotta hear this as a call to action. I, for one, I’m fed up with these people. I’m totally fed up with ’em, and I’m eager to see increasing numbers of people in this country finally express that they’re fed up with ’em. Now we’ve got Gavin Newsom, the governor of California. “Hey, Nike, if Arizona won’t have you, we’d love to have you. Come on across the border! We got plenty of illegals we’d love to give your shoes to” or some such thing. 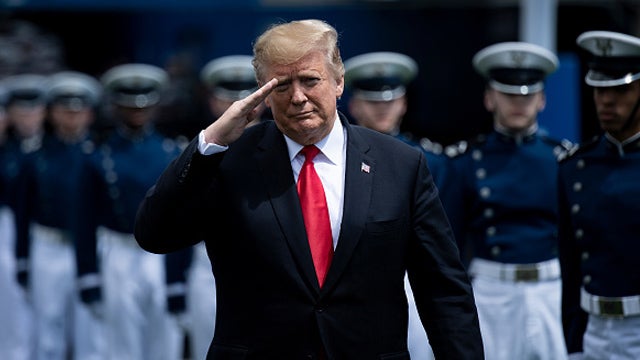 I’ll tell you this. The Democrat Party and the American left are terrified of tomorrow. They’re terrified of Independence Day, and I’ll tell you why. Two reasons and maybe more. Don’t forget the Harvard study that we recounted. By the way, this study was amazing, because it was rooted in the belief that the flag — since it had become an icon of a particular political party — ought not be able to be used. That was the upshot of the study from Harvard University.

The flag makes people tend to think more like Republican. It tends to make people support Republicans. It tends to inspire patriotic thoughts. The people who did the survey thought that was unfair, and so the flag maybe should not be used in obvious political situations since it wasn’t fair. I’m not making that up! That was one of the upshots of it, aside from the details of the study that did document (with empirical data) that the American flag and other fake signage, graphics and icons, tended to promote Republican values, Republican political beliefs.

The left remembers this, and they are terrified of tomorrow, especially the people actually in Washington. I think that, truth be told, they are scared out of their wits that Trump is going to have maybe one of the biggest Fourth of July celebrations Washington has ever seen. It is going to be loud. It’s gonna be proud. It’s going to be an in-your-face celebration of freedom in America. Trump’s gonna make a speech. The left thinks that’s not fair.

The left thinks that’s politicizing the Fourth of July, and they’re singling out all former presidents who never made speeches on the 4th. What do you mean, they never made speeches on the Fourth of July? They’re saying, “We’ve never had displays of military might on the streets of Washington. That’s what communist tyrannies do; the United States doesn’t.” The United States has a rich history of doing just that. What will be on display at Trump’s joyous Independence Day bash tomorrow night will be a celebration of freedom, which is the real threat they face.

It most definitely who they are, particularly on the radical left. The radical left is who is becoming the mainstream of the Democrat Party. They have been working nonstop for decades to trample on individual liberty and freedom as often as they can, and open displays which promote it — and thus sell it and thus inspire it — are things I say scares them to death, and that’s true. But it also just ticks them off like you can’t believe.

I know there’s a school of thought that says, “Rush, this is okay. This is really great. This is gonna guarantee us the next election. We want to do things to draw out their un-Americanism.” This is a variation on a theory that I’ve heard for years. Back in 1992, people said, “Rush, you know what? It might not be a bad idea if Bill Clinton did win! Then people would find out how rotten the Democrats really are.” I said, “Oh, you want to win by losing?” “Yeah, Rush! That’s the best way. You can’t tell people how bad. You gotta show them how bad. So let the Democrats win this stuff.”

It doesn’t work that way.

I’ve never known any endeavor where you win by losing.

Now, I’m sure there are exceptions to that, and a great philosopher may have come up with a very timely philosophical little turn of phrase that might make that point. But in general terms, it’s not the strategy for longtime dominance and victory, is by losing a few here and losing a few there. Other than you can’t avoid it. You can’t win everything.

RUSH: Think back. How many times have you heard about someplace — a business, a school — hoisting the American flag and a bunch of leftists come along and demand that it be taken down because it’s offensive, and the institution takes it down? “We don’t want offend anybody.” That’s when they need to be told to go pound sand. That’s when they need to be told, “Take it somewhere else. Grow up! There’s nothing offensive about this. It’s only the library of every freedom you’ve got. 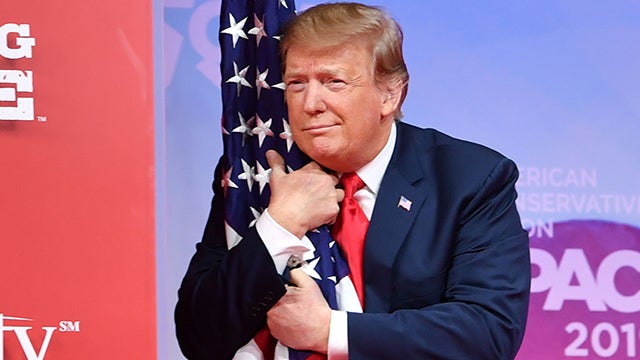 “It’s the symbol of the library of every freedom you’ve got. We’re not taking it down because it bugs you. Look at it, learn it, and love it. If not, leave the rest of us to it.” But, no, no, no! We kowtow. We take it down. We don’t want them to be offended. Nike takes down the shoes because Colin Kaepernick fooled everybody into thinking what he was really concerned about was the killing by cops of African-Americans.

But it turned out Colin Kaepernick, all along, was anti-America, and the cop-killing position was just a cover. He was really kneeling ’cause he didn’t like the anthem. He was really kneeling because the flag during the Star-Spangled Banner (the national anthem) offended him, and so a couple players joined him. So we gotta stop playing the anthem. That kind of stuff ticked me off. By the way, who was it that fixed that? Donald J. Trump, who came along and humiliated everybody in the NFL for kowtowing and caving to it.

And guess what happened? They sing the anthem and the flag is now on display, and there isn’t any televising coverage if any players decide to kneel. You can push back against this stuff! You can push back, and you can beat these people back and beat them down. I don’t care if that language sounds… “This is very aggressive.” It’s not aggressive. It’s defensive! They are the aggressive ones coming along and demanding these things not be shown, not be raised. To hell with that!