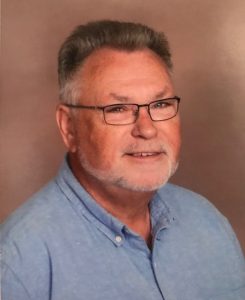 Gerald Staley, son of the late Leonard Duane Staley and Leota Irene Williams Staley, was born January 22, 1953 in Howell County, Missouri and died May 29, 2018 in St. Louis, Missouri at the age of 65 years.

He was united in marriage May 16, 2014 in West Plains, Missouri to Audena Huddleston-Granger.

He was preceded in death by his parents; three sisters, Ruby Faye, Norma Sue, and Ernestine; his father-in-law, Carl Huddleston; brother-in-law, J.C. Huddleston; one great grandson, Miles Dotson, and one nephew, Michael Crawford.

Gerald enjoyed doing all kinds of things with his family. He and Caleb made great memories deer hunting. Gerald loved kids. He also loved his transport clients with Ready Transportation, seizing the opportunities to visit and witness to them. Deer camp was like a much anticipated holiday! Lots of stories told and memories made around the campfires with nephews, friends, and strays. Gerald was the fried potato expert at deer camp! Gerald loved planting things. His flowers were always beautiful as were his gardens. Most of all Gerald loved God and his church family. Gerald was a character who had a tremendous sense of humor which served him well to the end. There’ll never be a way to fill the void his absence on earth leaves and he truly will be missed by all who knew him.

Memorial contributions can be made to the Shilo Baptist Church  building fund or the Rover Fire Department and can be left at Carter Funeral Home.