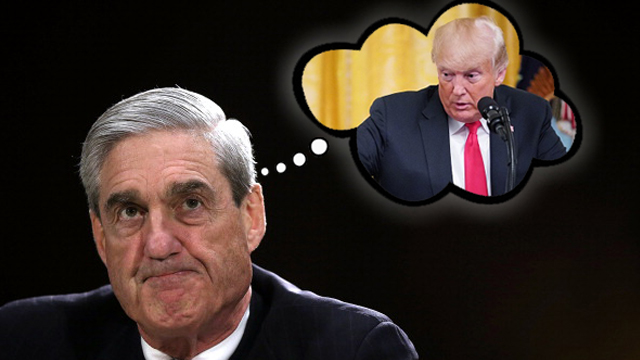 RUSH: Okay, folks, I can tell you now what’s going on. I should have seen this sooner, but I’ve seen it now. The chief financial officer of the Trump Organization, Allen Weisselberg, has just been granted immunity. The Cohen case. All of these cases are taking place where, ladies and gentlemen?

Robert Mueller has handed most of this stuff off. This all is happening where? New York. If you noticed, some of this stuff today is being handled by the Manhattan DA, Cyrus Vance IV or V or whatever. It’s one of the Cyrus Vances. The federal SDNY is one thing, but when they turn a lot of this over to the state of New York or the city of Manhattan, the county of Manhattan, that changes everything.

RUSH: And I’ll tell you why. All of these New York charges are being done so that Trump cannot pardon these people. The president does not have pardon power over state convictions. Governors do. The president can pardon anybody on a federal crime.

Greetings, and welcome. Rush Limbaugh and — excuse me — still Open Line Friday. We’ve got three big hours to wrap up the busy broadcast week. And again, the phone is 800-282-2882. The email address, ElRushbo@eibnet.us.

They’re making a beeline for Trump’s tax returns. When they give the CFO of the Trump organization — this guy was hired by Trump’s dad. That is how long this guy has been there. And when you give somebody immunity like this, they have to pipe up. I mean, they have to speak up. And who knows what the probe is here. They’re telling us that all of this is related to Cohen and campaign finance, but the CFO of the entire Trump Organization is probably gonna have more knowledge than just the things Cohen’s been involved in.

If you recall, the Democrats and the Drive-Bys have been mad as they can be, frustrated as they can be by the fact Trump has not turned over his tax returns and released them. Every president running for president in the modern era has done so. Trump has not and this has frosted them left and right. They believe that Trump’s tax returns have some key information that would allow them to get rid of Trump at two things.

One, they believe that Trump’s tax returns will show that the Trump Organization owes Russia quite a debt, that the Trump Organization’s been in and out of financial trouble and that over the years, Russia, Vladimir Putin, various Russian oligarchs and banks have supported and bankrolled Trump during these down times. That’s what they believe. They are hell-bent to find out. 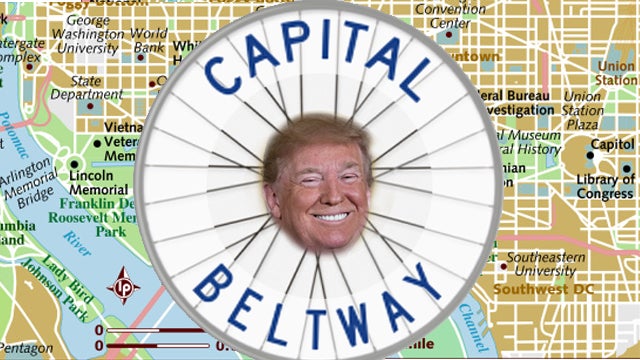 The second thing is, and I forget the year of this, but it’s not recent. It happened many, many moons ago. Donald Trump took a tax deduction of nearly a billion dollars that was permitted. He did a write-off in the, I think, eight- or nine-hundred-million-dollar range, and it was permitted; it was allowed. There has not been an audit overturning it.

Now, these people, meaning Mueller and all these investigators and the Democrats and the media all think that there’s something very odd about that and would love to find out what that was all about. And if they could somehow get a judgment via an audit, that that massive deduction actually should not be allowed, should be reversed. I think this is 20 years ago. The penalties and interest on that would wipe out the Trump Organization, which, I don’t remember when I said this to you, I don’t remember when I first mentioned it, but it was after Mueller was hired; so it’s been in the last 13 months.

So he does have pardon power over what might happen at the SDNY with Manafort and Cohen. But now going and get the Trump Organization CFO and wherever else that’s gonna lead is another squeezing of the vise to take away a tool Trump has, the pardon, that would make all these people who have been granted immunity rest a little easier.

Now, there’s a story today. Let’s see. This is at TheHill.com. The headline: “Spiro Agnew Lawyer: Trump Should Resign to Keep Mueller From Prosecuting His Family. Martin London, a lawyer who represented former Vice President Spiro Agnew, said that President Trump should resign from office to keep federal prosecutors from prosecuting his family.”

By the way, folks, do not misunderstand me. We clearly still have a two-tier justice system here. I still maintain to you that the actual criminals in the original thing that got all this started are getting away scot-free. They’re not even being investigated, they’re not being looked at. They’re not being examined. There’s no interest in any of the things that the Clinton campaign did, the DNC, the top leaders of the FBI, the DOJ, they’re getting away scot-free with this.

They are not under any investigation. There isn’t even any curiosity about what they do. What they did apparently is perfectly fine because it’s oriented and focused on the one objective that all of inside Washington has, and that is getting rid of Donald Trump, overturning the results of the 2016 election.

So they’re trying to paint a picture here that Trump is being abandoned by everybody he ever trusted, abandoned by everybody he ever thought was loyal, which is a big deal to Donald Trump. So they’re tightening the vises, and they’re making it clear that they don’t care about the two-tiered justice system, and they don’t care what public opinion about this is and they haven’t the slightest concern over the damage to the Department of Justice that might happen or to the system of law. They obviously have no concern over what they are doing to our election system, no concern whatsoever.

There is one singular, overarching goal and objective; and it is to get rid of President Trump. And I don’t think the Mueller investigation is, I don’t think he cares what happens the midterms. None of this matters. Mueller probably says, “I can’t control what’s gonna happen in elections, even though I’m helping to corrupt them.” So he’s taking matters into his hands of things that he can control. And it’s obvious this singular purpose — it doesn’t matter what amount of scorched earth there is in the aftermath of this, such as the hatred — and that’s what this is — such is the personal animosity for Donald Trump. And it knows a lot of levels. 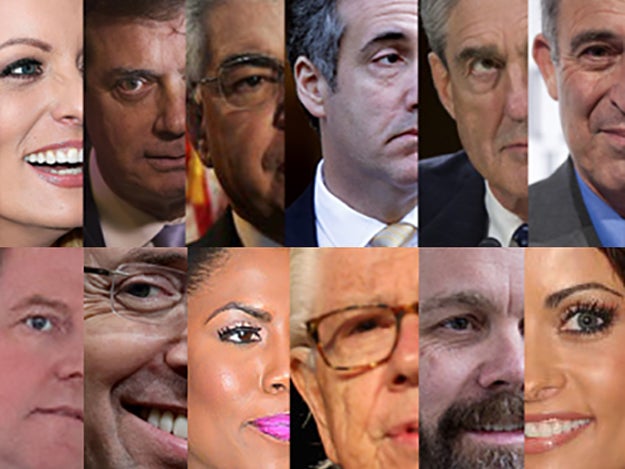 Trump has shown in less than two years that it can be done. These people have been telling us for years and years and years you gotta get with it, world’s changing, America’s is changing, it’s a global economy, it’s this or that. The idea that every child is gonna do better than his or her parents, nope, can’t make that back anymore. Can’t say that’s true in America. We’re in a decline state. You know the drill.

Trump’s come along, blown all that up. He’s demonstrated these people’s incompetence. But the hatred they have for him is limitless. And that kind of hatred never runs out of energy. They may run out of passion now and then, but I don’t see any evidence of that yet. But they’re never, ever gonna run out of energy. But that’s why they’re passing some of this stuff off to Cyrus Vance, the New York DA. The New York DA is part of this, looking into the CFO of the Trump Organization, Allen Weisselberg.

RUSH: It’s not by accident that Rosenstein didn’t spell out a crime when giving Mueller this job. DOJ guidelines require a crime be specified to investigate. There wasn’t one here. Perfectly clear why. Because the mandate is “get Trump.” The mandate is do whatever it takes to force Donald Trump out of office, pure and simple. While everybody thinks this investigation was to find the evidence the Russians colluded, somehow affected the election, when no such evidence was found, you shut it down. But, no, no, no, no. In some ways, you might say this thing hadn’t even started yet.

And I remember all of these times in the past month where Rudy’s been running around saying, “Oh, yeah, we’re gonna have this wrapped up 1st of September. Oh, yeah, they’re almost done. Mueller, we’re gonna get this done certainly by the end of August, 1st September.” I’m sitting there scratching my head, where’s the evidence that this is anywhere near over? We still had, at the last time it was speculated that we’re gonna have Mueller wrapping up by August 1st, then it became September 1st, still has another Manafort trial to go! Next month. Doesn’t start ’til next month in Washington.

Now these people keep being granted community to come in, David Pecker, now the CFO of the Trump Organization. They’re nowhere near shutting this down, folks. And in some ways, I think they’re just getting started.

RUSH: I have a friend who says, “Rush, you’re forgetting something that’s very important in terms of the reason Donald Trump is hated. Yeah, you’re right. All of the things you’ve stated, all the reasons you’ve given. But there’s one more reason why they hate Trump, and that’s because of how big a conservative he’s turned out to be. If Donald Trump were not this rock-ribbed a conservative, it wouldn’t be as bad as it is,” so goes the theory of an acquaintance of mine. But the fact that Trump has gone all-in, like nominating people like Kavanaugh and other judges in that vein who are strict constructionist conservatives — Neil Gorsuch — that the hatred for Trump is being ramped up.

Now, there may be something to that. It may add to the overall hatred and some of the reason, but they’re gonna hate this guy just ’cause he won. I know it even better than I can express it. I know exactly who these people are we’re talking about. I know why they hate Trump. I know how irrational it is. Trump threatens them in so many ways. And in other ways he insults them. And I don’t mean the way he speaks.

Just his existence, just his carriage, just the way he walks around and, you know, gives thumbs up and talks to those hayseeds at his rallies and the way they look at it, all of this, it just bugs ’em.

RUSH: July 13th of this year, this is Rod Rosenstein press conference at the Department of Justice. Listen…

RUSH: That was after an indictment of a whole bunch of Russians. I’m not gonna stop playing this, folks, because it’s all right there.