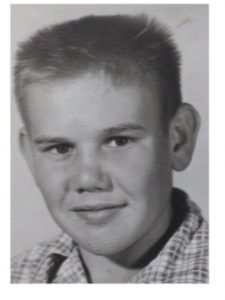 He was born the son of the late Ocea Simmons and Nancy Johnson Simmons, on April 6, 1940 in Alton, Missouri and died June 5, 2019 in West Plains, Missouri.

He was preceded in death by his parents; his wife and six siblings, Robert Simmons, Roscoe Simmons, Mary Wainscott, Rita Simmons, and 2 infant siblings.

He was a member and deacon of First Baptist Church of West Plains, Missouri. He served in the military with the United States Army. He worked as a butcher for many years for Ramey’s, Price Chopper, and other surrounding grocery stores. He was also on the school board at Richards School for fifteen years.

Memorial contributions may be made to your choice of organizations, and can be left at the funeral home.

Burial will be in Cave Springs Cemetery, Oregon County, Missouri, under the direction of Carter Funeral Home, Inc., West Plains.