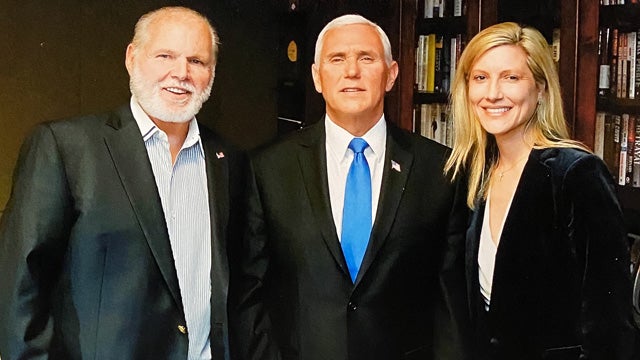 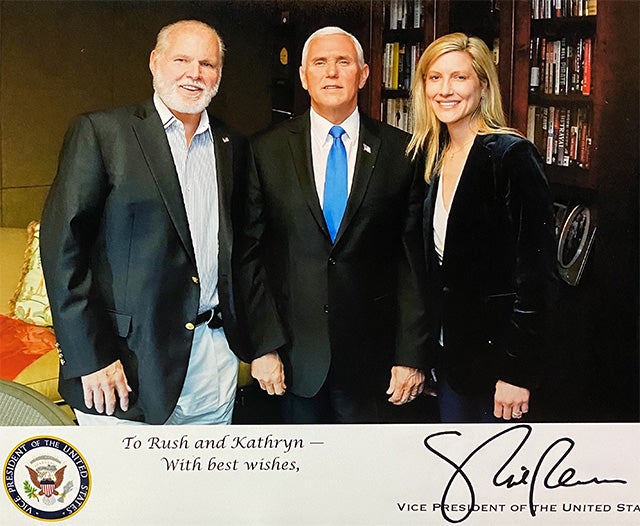 I just got some photographs in from the Office of the Vice President. He was here. When was it? Last week? Was it Friday? It was a week ago last Friday? A week ago, tomorrow, he was here? Whenever it was, it was recent — in the last 10 days or so — and they took some great pictures in here. Normally, you know, the pictures they could go iffy. But we got ’em today and I’ve had a chance to digitize a couple of ’em and send ’em up to RushLimbaugh.com. Koko has ’em up there. (interruption)

The 28th was a Friday, so two weeks ago, yeah, basically. So because there was a leap year in there, Leap Day, 29th. So if you haven’t yet been to RushLimbaugh.com, you’ll see those pictures. There’s one of Kathryn and me and the vice president, and then one I just sent up of the vice president and me actually during the program. We don’t have very many in-studio guests here, but when we do? Oh-ho! There’s no better-looking studio in American media than this one, and you will see in the photo that I just sent up to Koko. 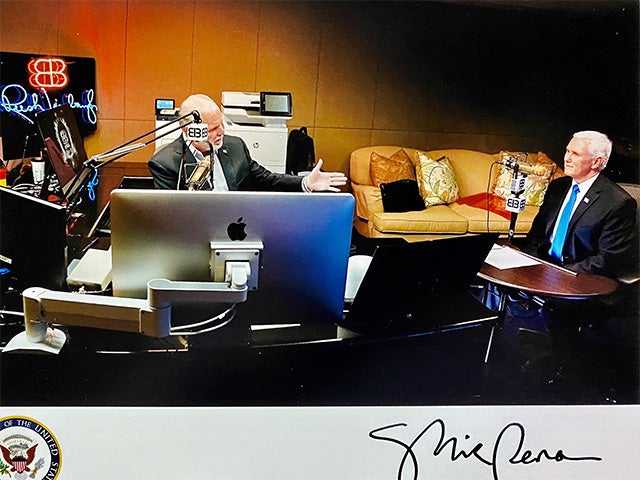 Look at that. Now it’s down only 748. When we started this program, the market was down over 2,200 and they had suspended trading. One hour of this program with just some common sense, with just some reason — with just some mild, upbeat, no-need-to-panic attitude and information. So, I’m happy to see that.