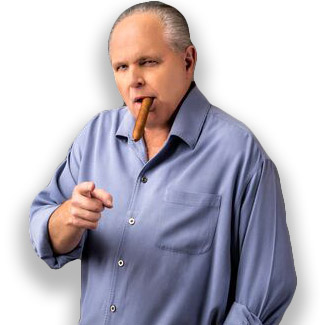 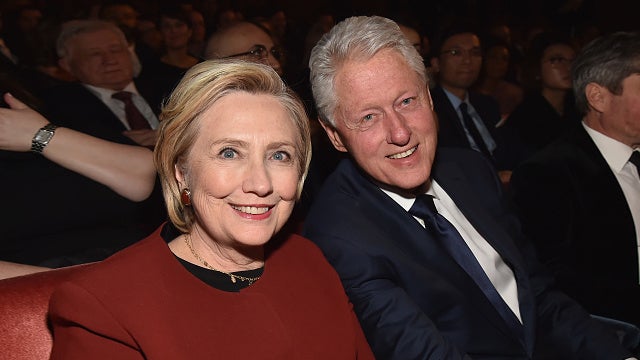 RUSH: Let me deal with something first to get it out of the way. I’ve been emailed, people have been sending me emails, “Rush, Rush, look at this video. Can you believe this?” And the video is Bill and Hillary Clinton flying commercial on some jet somewhere. And, frankly, you know, I’m a little puzzled why everybody’s overreacting.

And don’t misunderstand. I’m not trying to put anybody down, but I looked at some of the comments at various sites that have this video, and people are, I don’t know, really, really odd. This makes perfect sense if, you know, Michael Goodwin had a piece in the New York Post yesterday thinking Hillary is planning on running again in 2020. I don’t doubt that for a minute. They’re that out of touch.

WATCH: Bill and Hillary Clinton, who have long been the center of scandal and corruption, fly commercial without threat of being attacked by conservative critics, while Trump Administration officials face harassment by violent liberals pic.twitter.com/LJ4hXxQNns

Hillary Clinton still doesn’t get the message. She’s still victim number one. And if she is planning on running, then flying without security in coach or business, whatever, on a commercial airline makes perfect sense! Especially when you look at it from the standpoint that the Clintons need to correct the big mistake she made in 2016, which was being aloof and unavailable and seemingly uninterested in average people, above and beyond. It makes perfect, logical sense.

Even if she’s not running and if she’s positioning herself to be kingmaker, whatever it is. But she’s got her PAC revved up, and she’s raising money again. The woman is not gonna go away, folks. She thinks that she has been cheated out of victory in every election that she lost. In 2008 Obama, and last year with Trump, Russia, all this.

I think these people end up believing the excuses that they mount or use to suggest why they lost. I think she has this deep sense of entitlement to the presidency that isn’t gonna go away no matter how many times she’s rejected because, in her mind, she doesn’t look at it as rejection. Something went wrong, somebody cheated. People in her campaign made mistakes.

So the fact that they would be on an airplane without security — and, by the way, what about that? This airplane had to be filled with people that don’t like the Clintons, but did you notice not one person assaults ’em, not one person confronts them, not one person threatens them. You compare that with the advocacy that Democrats are suggesting that Trump administration officials and Trump supporters be treated with bullying tactics and even being physically roughed up. I mean, it’s a stark reminder.

Let me just ask you, if, in that video of Bill and Hillary Clinton — and, by the way, when’s the last time they flew together anywhere? I mean, that was the first thing I — what are they doing together, was my first question. I mean, these people have been married so long it’s impossible for Bill to be in the doghouse, folks. It’s just not possible anymore. You know what I mean by that. He’s already done everything any husband would do to be in the doghouse 30,000 times over. There’s nothing new he could do.

So he’s not flying with her as punishment or payback. This is a couple that polled where to go on vacation, folks, and told everybody that they were polling where to go on vacation. They announced the results of the poll and then went there. I don’t remember where it was, some offbeat place that they would have never chosen to go on their own. I believe it was in the Midwest somewhere. But I’d have to check that.

But it’s perfectly sensible. And the fact that they don’t need security — there were a lot of Trump people on that plane not hassling the Clintons, not harassing them, not even paying ’em any attention. In fact, in the video I saw, not very many people at all are paying them any attention, other than whoever it is that was videoing them with their phone. It’s a video; it’s not the entire flight, so we don’t know everything that happened.

But I guaran-damn-tee you, if they had been hassled, if Hillary or Bill had been harassed by Trump supporters, that’s all we would be hearing about now and how Trump is promoting incivility in America. And yet members of his administration and his supporters can be physically assaulted, threatened with death, and the media tells us, “Well, it makes perfect sense. This is what Donald Trump’s America is. This is what brownshirts and fascists and Nazis cause.”

We’re so out of whack on this. But look, folks, it makes perfect sense if Hillary is planning on running again or if she’s planning on being a kingmaker. This is no different than when the Clintons walked hand in hand to the chopper after having prayed with the Reverend Jackson after the Lewinsky illusion. The Lewinsky illusion was that Hillary didn’t know about it. Bill was not in the doghouse after the Lewinsky thing, not for the reasons you think.

If you had been banging your 19-year-old intern, you’d be in the doghouse. Bill Clinton was in the doghouse ’cause he was stupid enough to do it in public and get caught, but he wasn’t in the doghouse because he was cheating on Hillary because been there, done that. I mean, Monica was just what number in the endless parade. And that’s why it’s impossible for Bill to be in the doghouse anymore. The Energizer Bunny could have been in the cargo hold and Hillary wouldn’t care. This whole thing was a manufactured photo-op, and it’s working like a charm. Everybody’s talking about it. Everybody’s sending this video around asking questions about it.

What you see is the Clintons as Mr. and Mrs. Middle America getting on a commercial airplane, flying off somewhere. And they’re sitting there, they’re reading and they’re laughing occasionally and chatting to each other, listening, you know, average, ordinary American couple, which we know they are not.