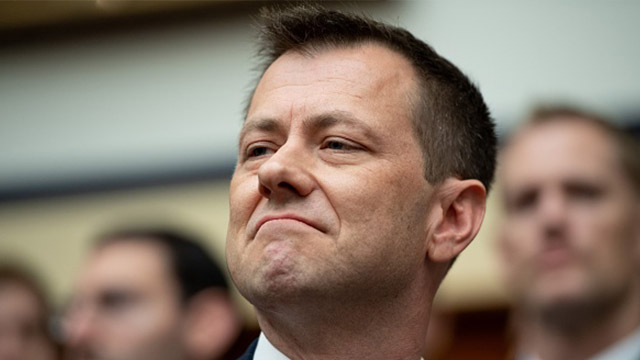 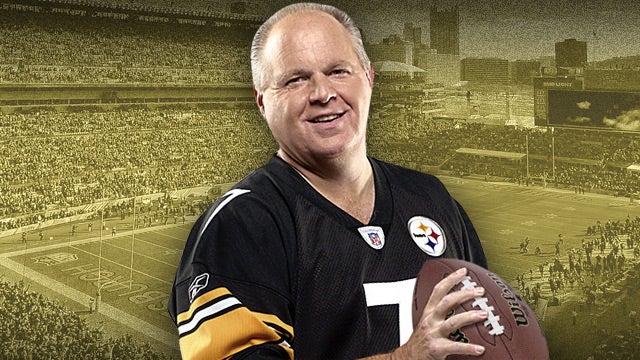 CALLER: Rush, it’s a pleasure, and I really appreciate the time.

CALLER: I have one comment about your interview with Mr. Hannity and then one question that has nothing to do with politics, since it’s Open Line Friday. First of all, the interview was outstanding. I will tell you that yesterday when you alluded to the fact that they had cut something out of the interview, I looked right at my wife and I said the word “ballsy.” And she looked at me and I said, “Rush is in charge of his own thing, and Sean, as much as I love him, is not in charge of Fox, and there’s no way they’ll let that go on the air.” So then 9 o’clock came. I live on the East Coast. She had fallen asleep. And I watched the interview, and they didn’t even let you say Strzok Stroke Struck, whatever you do about that. I thought that’s gotta be what it is and I just heard you say it. So I thought that was pretty funny.

RUSH: Wait a minute, are you saying they edited Struck Strzok Smirk too?

CALLER: I think they let you say “Smirk” once, but then even when you… and I’m not demeaning you at all –

CALLER: You’re one of my heroes, but I know why you called McConnell “Turtle.” (laughing)

RUSH: Did they leave that in?

CALLER: They did, but they said that you said this because he walks… He’s so slow.

RUSH: (laughing) Well, whatever works. You know, that’s fine. The path of least resistance on that was probably best.

CALLER: Amen. But it was outstanding. I agree with Sean, I wish you were on TV more. But I’ve got your app, and I do all the things that I can listen to you. I work from home now, so I don’t even watch the news anymore. I just listen to four or five people.

RUSH: That’s all you need. That’s great. I thank you. I really do. That’s a great testimonial that you’ve just given for the app and for the website, because it is —

CALLER: I’m sorry to interrupt you, sir. But if I may, quickly, I’m Pittsburgh Steeler fan since December 23, 1972, which was the immaculate reception, and I’ve listened to you since 1991, but I don’t recall ever you… I’m sure you have, but I was curious about the initial way that you became a Steeler fan.

RUSH: I moved to Pittsburgh. I left home. My first job away from home was when I was 20. It was 1971, I moved to Pittsburgh, it was actually a suburban station called McKeesport. And I worked there for a year and a half and then went to an ABC owned and operated station in Pittsburgh. When I got to Pittsburgh, I was 20 years old. The closest football team to where I had grown up was the St. Louis Cardinals, and they were eh. I really, I was a baseball fan. I liked football, watched it now and then, but was not really into it.

But I got caught up as a resident of Pittsburgh when that dynasty was forming. I got caught up in it. And I was there through 1975, and I just got… Like everybody in that… it’s amazing to me, that’s why I first evolved the theory of how the performance of a sports team can have so much impact on the self-esteem of the population of a city. The Steelers owned that city. Well, they did even before… They were lovable bumblers. But then when the Super Bowl years came, it hasn’t dropped off. It hasn’t evaporated. It’s incredible. I got caught up in it and that’s why I became a Steelers fan. I lived there.

CALLER: In retrospect, I think the Raiders of 1972, they had some lovable characters and some crazy players, but, to me, they were the Pelosi back then, and the Steelers were the Trump. As soon as Franco made that catch out of midair —

RUSH: There was nothing Pelosi about the Raiders. The Raiders were mansize Kleenex. Let me tell you something.

RUSH: (laughing) Let me tell you something, for people… This is honestly true. For people who have come of age and watching the NFL of today and of the past ten years, if you weren’t alive or old enough in the ’60s and ’70s, and even the early part of the ’80s, watching the NFL, you would think the game today, in many ways, but not all, in many ways has become Romper Room compared to the way it was.

I’ll give you an example. I’ve got very little time here. There’s an ongoing controversy between the Cincinnati Bengals and Pittsburgh Steelers. The Bengals have this linebacker, No. 55, who purposefully tries to injure people. He purposefully tried to injure No. 84 Antonio Brown again last Sunday, forearm to the helmet. He should have been suspended, but wasn’t because the league’s tired of suspending him.

Well, after that, after that play, shortly after, Roethlisberger says he’s going to get under center, and Burfict points to No. 19, JuJu Smith-Schuster and says, “Your next.” Roethlisberger says, “We can’t have that in this league. A guy saying, ‘You’re next,’ should be suspended.” In the ’70s, you could take somebody’s head off with a clothesline, a forearm clothesline, and it was just the way the game was. They have really toned the game down. I’m not advocating one or the other. I’m just saying that the modern NFL is somewhat reflective of the snowflake culture of today.

Do not anybody misunderstand me.