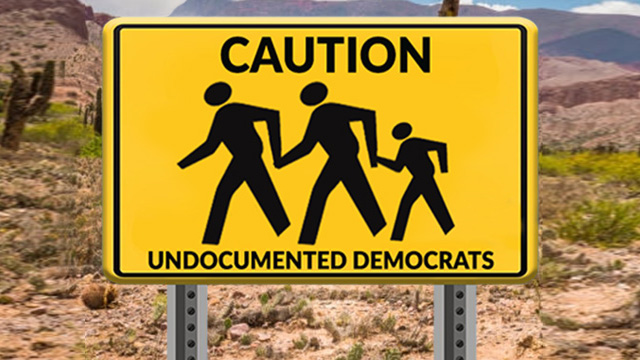 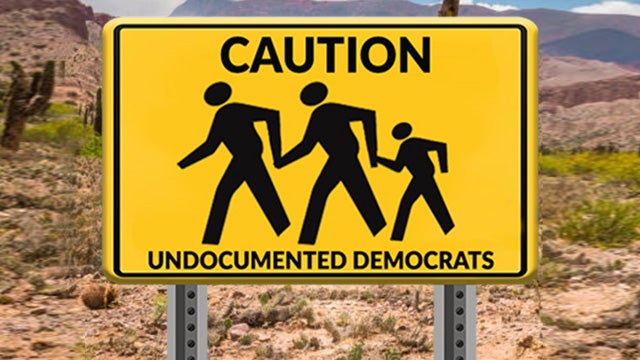 RUSH: In addition to the news that we had on Google today and the not surprising news that they are an adjunct to the Democrat Party — and again, it’s a video, a one-hour video of Google high-ranking execs and employees unable to keep it together soon after the election. We posted it, exclusive video sent to Breitbart. We’ve linked to it at RushLimbaugh.com.

If you have time, you really should watch it. And especially if it’s surprising to you to learn that Google is the Democrat Party. If that kind of surprises you, you really need to watch this. But it doesn’t mean that Google is hogging all the news. Twitter is in the news today. Twitter has announced that they are blocking posts that use the phrase “illegal alien” as hateful.

So if you are going to be tweeting today or tonight, do not use the phrase “illegal alien.” Whatever they do to you, you’ll be shadow banned, deleted, or whatever, because now at Twitter they are saying that is a hateful comment.

The federal government, U.S. Supreme Court, lawyers across the country use the word “illegal alien” to describe immigrants who are here illegally, but it is illegal to use that term on Twitter now. In fact, the Trump administration is reinstituting the phrase in their rules and regulations after the Obama Regime had tried to erase it from all federal records.

Twitter is now blocking posts from promoting any messages with the phrase, which its moderators apparently consider hate speech. Quote, “Twitter is not allowing us to promote any tweets, including the phrase ‘legal aliens,’ citing it as hateful content, says the Center for Immigration Studies.” Twitter rejected a total of four ads from the center but provided only vague reasoning for the decision.

“Rush, aren’t you worried they could hear you talking?” Nah. Are you kidding? Twitter doesn’t know that people like this program exist. And to the extent that they do, they discount it as unreal and tiny and small. You might want to consider just using the phrase “legal immigrant” to signify “illegal immigrant.” I mean those of you who tweet or you’re tweeting amongst yourselves or maybe put your heads together, come up with a substitute phrase that will not — look it, there are two guys on Fox standing out in the rain right now talking about how it could get really wet.

Florence could pack strong winds and catastrophic floodwaters and these two guys are out there standing right on the beach in the midst of the rain and the wind to tell us about it. Note the valor, the bravery.

Does the media give itself medals? Anyway, I just saw the 2 o’clock. The track of this thing has changed again. Now it’s — well, it’s just unlike — four days ago, it’s nothing like what you thought it was gonna be. It’s still Category 2, claim now to hit land as a Category 2, and it looks like it’s gonna hit the just north or actually east of the South Carolina-North Carolina border.

The Fox reporters and experts are at Atlantic Beach, North Carolina, right now. The winds are 105 and gusting to 125. If that’s true, those guys wouldn’t be able to stand up like they are. So the heavy winds must not have hit where those guys are.

RUSH: Hey, I’ve got an idea here for you people that tweet. You know, since the Twitter Nazis have decided to ban anything that reads “illegal alien” as hate speech. They’re banning those two words, “illegal alien.” I’m not kidding. If you missed this, Twitter has decided that’s hate speech, and they’re not gonna let anybody use it. If you use it, they ban you, shadow ban you, or whatever they do to. So here’s a suggestion. Just turn it around and make it one word, alienillegal, and let that be like a code phrase that you use with each other. 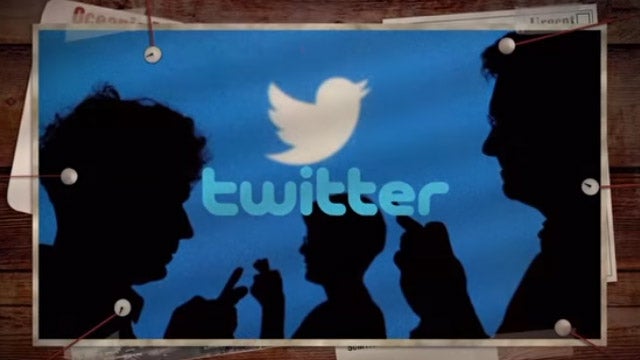 Because you want to talk about this, right? But Twitter won’t let you, right? They’re gonna ban you or whatever, even though (chuckles) there’s nothing morally or politically or anything incorrect about it. But Twitter doesn’t like it. They think it is hate speech. So just turn it around. Alienillegal. Use one L in “ilegal.” You want a code phrase that’s close enough that people will get it without needing some translation card standing by. See if that works. My guess is they’ll pick up on that at some point. But we’ll come up with something else that you can use.

So Clarence Thomas was the victim of a high-tech lynching. That’s what he called it. Brett Kavanaugh here apparently is the victim of a low-sewer smearing. Whatever the Democrats have to do in order to stop his confirmation, it appears they’re going to do it. I don’t understand though. They’ve upon the House. They’ve already one the House. CNN said today that the Democrats have won the House — the election is over — based on a poll they’ve done.

It’s over. So why do they have to do any of this?

RUSH: Here’s Darren in Frankenstein, Missouri. Great to have you on the program today. Hi.

CALLER: No, from Sikeston.

RUSH: Sikeston is just 30 miles south of where I grew up.

RUSH: Anyway. I’m sorry, Darren. It’s our bad. We got people not paying attention today. My fault, not yours.

RUSH: I really wasn’t trying to insult Sikeston. I mean, it literally says Frankenstein, Missouri, up there.

CALLER: No. It’s okay. It might be the connection; I don’t know. Can you hear me okay?

RUSH: Yeah. I hear you fine.

CALLER: Awesome. Okay. So here’s my thing. It’s amazing what our world is coming to and one thing I’ve found to combat stupidity on the pro Twitter thing is humor and I have kind of just a great sense of humor. So I love your idea, it’s kind of like a hashtag, though, like the reversal thing, but I’m thinking something a little fruitier like just using a word like “pineapples” or something, something that —

You know, Manuel Noriega, his nickname was “Grapefruit Face.” Some people called him “Pineapple Face.” I mean, I get the idea here, but you gotta come up with a name that these goofballs at Twitter are not going to think is insulting to illegal aliens. I guarantee you, you might think “pineapples” is innocent, but…

CALLER: Pineapple juice, I can’t think of anything negative to say about pineapple juice. It’s great for you.

RUSH: No, no. It’s what pineapples look like. Remember, these are identity-based people. You start saying illegal immigrants look like pineapples, ’cause that’s why you would have chosen the word, you’re calling — no, no, no. That’s why alien illegal, with one L in there it — work amongst yourselves, folks, maybe you’ll come up — but do not pick a name, unless you want to really blow it up, do not pick a name that they will then come back and say that’s what you secretly think they look like or insulting them or whatever. It’s gonna be very tight because that’s what Twitter is gonna think.