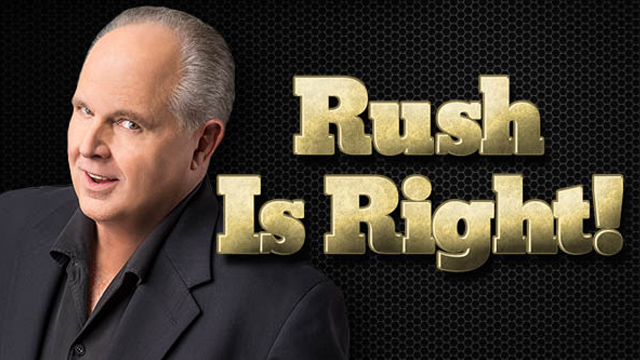 RUSH: Let me grab an audio sound bite or two because this one fits in here, sound bites one and two. Play one and two. This was last Saturday in the United Kingdom, in Great Britain over on the BBC, the title of the program, Dateline London. The host is a guy named Shaun Ley. He’s talking to a former TIME Magazine London bureau chief, whose name is Dr. Jef McAllister, and they’re talking about the Russia investigation and President Trump. To set things up, here is the host, Shaun Ley, asking about Americans support for President Trump.

He can’t believe that you haven’t abandoned Trump by now.

LEY: How much longer will the American people produce loyalty — or some section of the people — towards this president? How much longer can you suffer the ignominy of a man like him so much in disgrace by his own words! You can’t go on feeling loyalty towards your chief executive much longer when he’s under such accusations.

RUSH: He’s asking this former TIME magazine bureau chief (impression), “How much longer will the American people produce loyalty — or some section of the people — towards this president? How much longer can you suffer the ignominy of a man like him so much in disgrace by his own words, simply because of what he says?” And here’s the answer.

MCALLISTER: We have a very split system, and it’s a separate media environment. The Fox News/Rush Limbaugh world, uhhh, really they think he’s beset upon by liberal media interests in the Democrats and a lot of his lies. Yes, he’s got some mistakes but it’s basically unfair.

RUSH: Yeah. That’s what he says that our attitude is. “Yeah, Trump’s done some things wrong but, man, it’s an unfair alliance against Trump.” That’s how we explain it. But notice the Brit’s question. (impression) “By his own words, he’s a disgrace, a simple grace! How can people…? (muttering) Horrible, horrible!” One thing that’s happened is they have turned every waking hour of life in Washington now into an investigation of Donald Trump.

And now what they’re gonna be able to say — and they may be saying it in certain quarters, I don’t know. If not yet, I want to warn you to be on the lout ’cause you’re gonna need a steel spine to put up with this too. The next line is gonna be, “Even if he didn’t do any of it, this has never happened before! Every aspect of the man’s life, every inhale and exhale of breath is being investigated. 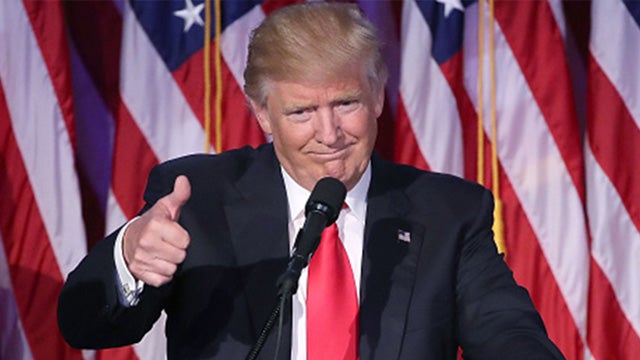 “We can’t go on this way. There has to be something there! Nobody is ever been investigated to this extent, and it doesn’t just happen.” So they’re gonna say that even if there is no evidence about anything, the simple fact that there are so many investigations means it can’t go on like this, and that it shouldn’t. It’s called flooding the zone.

But here’s something to remember, folks, and I’ve said this from the get-go. The issue of border security was there before the 2016 campaign started. Trump tapped into it. He didn’t create it. Meaning the issue survives Trump. Trump did not bring the issue. He did not talk people into it. It’s not exclusively tied to him. Where I’m going with this is Trump’s mental attitude on this could be… I mean, success could be with Trump saying to himself, not anybody else, “You know what? I’m one term. I’m gonna get everything done in one term and I’m outta here.”

Meaning, “I’m not gonna worry about election. I’m not gonna worry about showing the Democrats this or that. I’m just gonna get this stuff done, and if kills my reelection effort, then so be it. But I’m gonna get it done.” That attitude: Forget reelection, forget thinking about positioning for reelection, forget about donations, forget about all the things that accompany a presidential run and focus on the agenda and get it done as though you’re one term.

You just don’t announce it. I’m just talking about adopting a mental attitude, and I think he ought to do something else. I will tell you, I told Rudy this last night. Shut down this whole DOJ… Shut it down. Just use the power of the executive branch to shut this down! What’s going on here is an outrage! All of this is happening on the biggest phony premise that the Steele dossier was legit! It isn’t! Even now, Michael Isikoff — who was the first to report it!

Formerly of Newsweek, Michael Isikoff, the first to report Steele dossier is out there saying it can’t be verified. Welcome to the party, Michael. We’ve known this for two years. But here’s the guy who originally found it and brought it to the public’s attention admitting (chuckles) that there’s nothing verifiable in it. And all of this that we’re putting up with was started by that dossier, including the FISA warrant to spy on Trump.