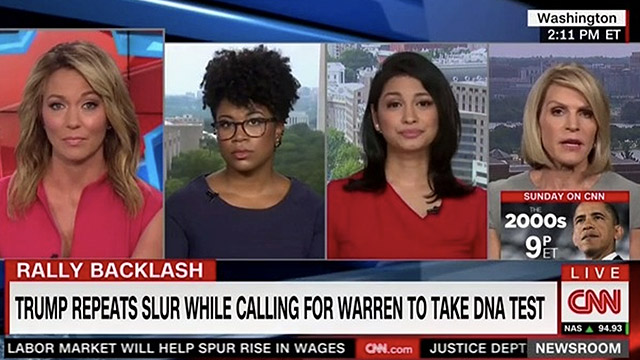 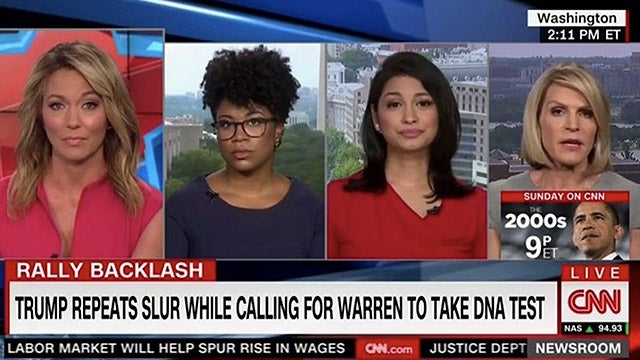 RUSH: Brooke Baldwin, the infobabe anchorette on CNN in the afternoon talking to Alice Stewart, the former Ted Cruz communications director. If I’m not mistaken — I could be wrong — there’s a couple Cruz people that are Never Trump. And it may be Amanda Carpenter I’m thinking, could be Alice Stewart, or could be both of them. I really shouldn’t say because I don’t know, so don’t tell ’em that I was speculating. But that’s who Brooke Baldwin’s talking to. And Brooke Baldwin’s upset about Trump calling Elizabeth Warren Fauxcahontas, Pocahontas. And this is just 11 seconds, but here’s the bite.

BALDWIN: Why do you think he keeps calling her Pocahontas? It is not just sexist, it is racist.

STEWART: And it’s rude and it’s mean and it’s degrading.

RUSH: People that do not get it? I mean, here’s Trump, “Hey, Russia, if you could find the 30,000 emails that the media’s looking for, would you please let the media know?” And they lose it and think Trump is urging Russia to hack. Do these people not know that Elizabeth Warren has made this up, that she created this phony identity of her genealogical past like one-thirty-second Cherokee for high cheekbones to get a gig at Harvard?

Do they not understand that this is Trump’s way of mocking her honesty and illustrating that she plays identity politics? They think it is sexist, racist, rude, mean, and degrading? (interruption) Oh, I heard the tone of voice. Of course I heard the tone of voice. What amazes me about this is the ignorance here. This is one of the problems that we’re having in this country is that these people have lost all sense of humor. You simply cannot make fun of people on the left. You just can’t. Here, if you want to hear the tone in the voice here, play that sound bite again.

BALDWIN: Why do you think he keeps calling her Pocahontas? It is not just sexist, it is racist.

STEWART: And it’s rude and it’s mean and it’s degrading.

RUSH: (laughing) You know what’s rude and degrading is Elizabeth Warren, who is whiter than a roll of toilet paper trying to tell people that she’s Indian. That’s what’s rude. Why does nobody look at her lying about this, claiming that she is something that she’s not in order to get a gig at Harvard? I mean, for crying out loud, this, to me, you may disagree, this to me is as representative of the divide that exists in this country as anything else is policy-wise. These women are loaded for bear. They’re wound up so tight about this, “Why does he keep calling her Pocahontas?”

Because Donald Trump is insistent that she get called out on it and not get away with it. This actually kind of frustrates me. If we can’t laugh about things, do you realize what that means, choking off laughter. “But you’re laughing at someone. You’re being mean. You’re being sexist and –” no, we’re not. We were minding our own business and she comes along and tells this ridiculous story about being one-thirty-second Cherokee to get a gig at Harvard, and you just blindly, willfully accept it without any curiosity or questioning of it.

RUSH: “It’s just not presidential to call her Pocahontas.” Right. But you people can insult the Marines in Iraq, and you can level every baseless charge against conservatives you want, and you don’t think a thing of it. But when somebody doubles down and calls out a lying liberal about identity politics, why, it’s the end of the world. Sorry.