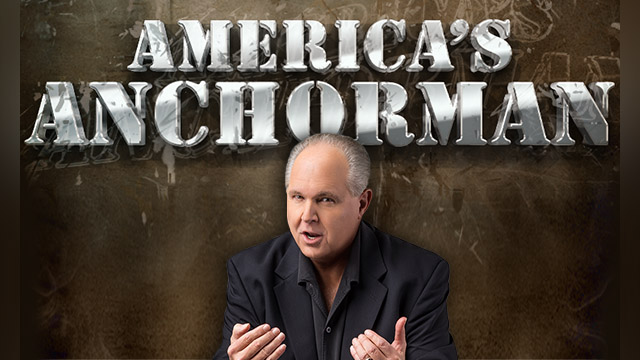 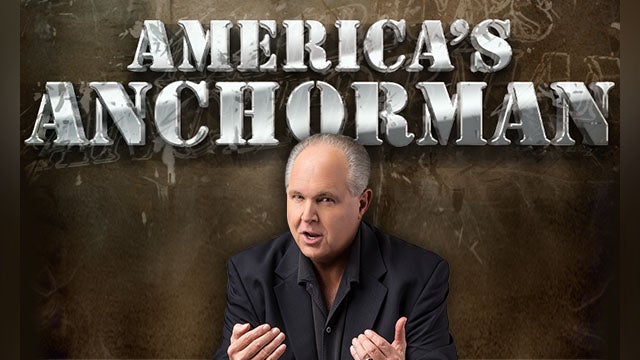 RUSH: My friends, you don’t know. Well, you may know. But you don’t know how hard it is to be 150 percent perfectly healthy and sit around and watching this kind of stuff go on and not be able to talk and not be able to say anything. It has been frustrating. I caught a cold (I think that’s what it is) right here in my throat. Monday and Tuesday I literally couldn’t make a noise. And it’s been getting better as the week progresses. 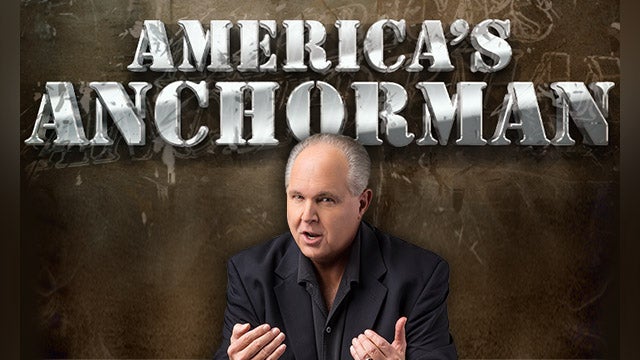 But I’m having to use my voice actually from the back of my throat rather than my normal breathing diaphragmatically, which is how we trained specialists do it. So, if you notice — you probably won’t because of all the compression that we put on the audio signal here. But I still have some congestion in the throat. Mark Steyn is standing by to take over in case I lose the voice during the course of the program today. But I just couldn’t sit out another day with all this stuff going on.

So let’s review what we’ve got out there. We’ve got Omarosa, we’ve got John Brennan, we have Peter Strzok. We have the media claiming that they are not in any way the enemy of the people or the enemy of Trump, united today against Donald Trump. There’s even a column from earlier in the week in USA Today. You know, when liberals lose elections, in their minds it means the system is failing. When they lose elections it means nothing is working.

There’s actually a column — USA Today actually published a column earlier this week suggesting that the only solution is to abolish the presidency. If we can’t get Trump out of office, if all of these combined efforts to send Donald Trump packing are not working, then there’s something wrong.

If they couldn’t beat Donald Trump with the great Hillary Clinton, even though the Russians may have been helping Trump — I’m just telling you what the column said — then it’s time to get rid of the Constitution. It has outlived its usefulness. And instead we need to come up with a branch of government — well, a government only has two branches. And the executive branch would be controlled and lauded over by the judicial and the legislative. I mean, it’s absurd. It’s classic. And this is exactly who the left is.

On the Strzok business. This guy may be — I don’t know what the latest numbers are — but he’s gonna end up with a GoFundMe campaign, $400,000. There are going to be angry leftists, there are angry leftists that are donating to a legal defense fund that he may not ever even need. The guy may not ever be charged with anything. He should be, but he may not be. He hasn’t been yet.

I’ve got all of these people. I’ve got examples of conservative columns and various commentary, “Why would people do this? I mean, the guy is a disgrace. He got fired by the FBI. He’s a disgrace.” I really am — I don’t know how else to say this — I’m shocked, I’m a little surprised that there are still people on our side who do not understand the modern-day left.

It doesn’t matter what crime anybody commits on the left. If it’s in the service of getting rid of Donald Trump or defeating Republicans and conservatives, it’s gonna be supported. I mean, the left is already a bunch of lawless clowns. Look at sanctuary cities, their attitude on the immigration laws that we have. I mean, Chelsea Clinton, have you heard about this? Chelsea Clinton talking about the great economic boom that we have had as a result of killing 63 million American babies since 1973. The economic boom from abortion?

Yeah, the economic boom is how much money was spent in the economy having them. She doesn’t even stop to consider what the economic output of 63 million Americans working might be. I mean, these people are totally off their rocker. And to analyze them rationally is to fail entirely I’m trying to figure them out. Why would anybody give money to Strzok Smirk? They love the guy. He tried to get rid of Trump. He tried to get rid of Republicans. He tried to deny the opposition to the Democrats winning. He’s a hero. It doesn’t matter what kind of laws he’s broken. It doesn’t matter that he worked with the FBI breaking the laws.

The left — Andrew Cuomo. You know, there’s a debate going on, which one’s the real stupid one, Fredo or Andrew? There goes Snerdley in there laughing. But how stupid is this to run around and say that America can’t be great because it’s never been great, and they try to walk it back? He said it. They mean it. We got audio sound bites from their father, Mario “The Pious” at the Democrat convention in 1984 saying the same thing.

And Mario “The Pious” didn’t even hang around and accept accolades. He got on the New York governor’s plane, which at the time was a prop jet, King Air, and flew to Alabama, did something like that. He got out of San Francisco as fast as he could. But he took over that convention. We’re gonna relive that. And of course the media and their, “We don’t hate Trump. We’re not aligned against Trump. We’re not the enemy.” We got the media admitting that they are uniting against Donald Trump today in newspapers all across the fruited plain.

Of course, Omarosa, it doesn’t take much to talk about Omarosa and be done with it. In the first place, I’m just gonna tell you, do not doubt me, Omarosa, this whole thing is not hurting Trump. It’s not gonna end up hurting Trump, it’s not gonna matter. You have to understand the people that voted for Trump are not gonna be swayed by anything happening in the swamp, including people that turn on Trump.

And if you look at Trump’s approval numbers in the African-American community, they’re still way up, despite all this. Trump is at 50% approval in Rasmussen. And African-American employment is at a record low. There are real things happening in this country that people are benefiting from. The left have nothing. They don’t have any policies. They don’t have anything they can promise.