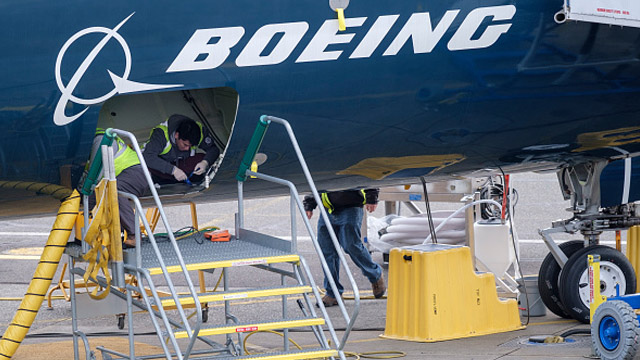 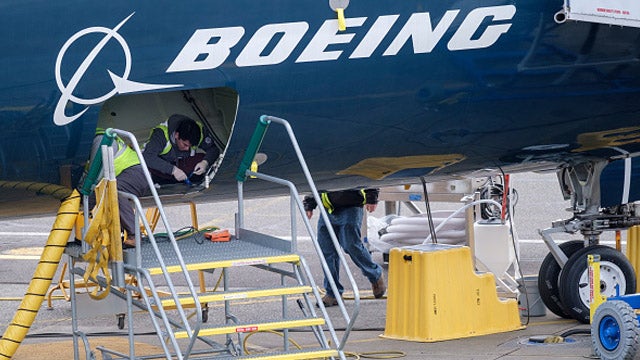 RUSH: Looky here, folks, I have a story here, this is from Bloomberg News, actually. “Piece Found at Boeing 737 Crash Site Shows Jet Was Set to Dive.” You know what the story does? This story basically confirms what I told you yesterday about what happened with the essential jury-rig on the 737 Max 8. Here are the details in the story:

“A screw-like device found in the wreckage of the Boeing 737 Max 8 that crashed Sunday in Ethiopia indicates that the plane was configured to dive, a piece of evidence that helped convince U.S. regulators to ground the airplane.

“Federal Aviation Administration chief Daniel Elwell on Wednesday cited unspecified evidence found at the crash scene as part of the justification for the agency to reverse course and temporarily,” ban the airplane.

Now, the piece of evidence that was found was called a jackscrew, and it is used to set the trim that raises and lowers the plane’s nose. Now, it does that via the horizontal stabilizer on the tail section of the airplane. A preliminary review of the device and how it was configured at the time of the crash indicated that it was set to push down the nose, said a person who wasn’t authorized to speak publicly about the investigation.

So you have to make sure you don’t stall on climb. And normally it would not even be a problem. Experienced pilots know how to avoid stalls. You just need enough power to make sure that you can climb at the climb rate that the airplane’s rated for. And the 737 Max, by the way, the Max 8, can climb straight up for a while after takeoff. It was one of the selling points. It’s amazing what this airplane can do. Well, they don’t do this when they’ve got passengers. The 787 can do the same thing, can fly literally straight up. You don’t have a commercial airliner you ever see able to do that. But these two can do it.

Well, the 737 Max 8 because of the change in the center of gravity has the nose higher even though — and the pilots are not rated for this because Boeing didn’t — I really hate, ’cause I love Boeing, but they didn’t prepare a flight manual for pilots that showed this difference from the standard 737.

So to correct for the new angle of attack brought about by the new design, they had a piece of software that changes the trim in the rear stabilizer, which is the horizontal stabilizer, not the tail, but the two small wings in the back of the tail, the horizontal stabilizer. And the trim tabs are the equivalent of ailerons on the wings, and they are to point the nose down to accommodate for the higher angle of attack of the nose on takeoff to avoid stalls. 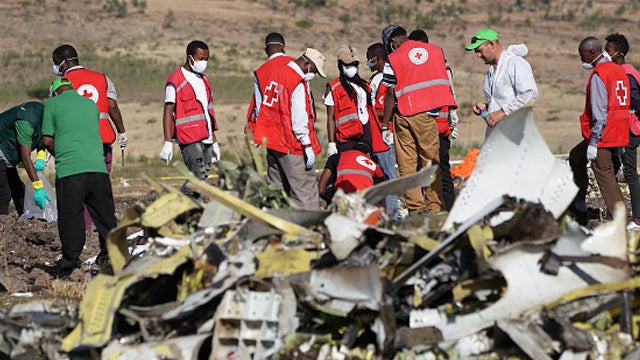 Well, what was happening was that the system was overcompensating, and if the sensors that were calculating the angle of attack were not in sync, then the jury-rigged software controlling the rear stabilizer pointing the nose down would overcompensate and continue to keep the nose pointed down even though the airplane wanted to climb. Now, all of this is being done by computer.

So when this happens, the pilots have to disconnect and take over because they can’t have the nose pointed down on takeoff. That’s exactly what happened in Ethiopia and maybe in the Lion Air case. And they had trouble disconnecting it. If they couldn’t disconnect the autopilot where this computer program that controls the pitch of the notices for the rear stabilizer, if they weren’t able to disconnect it, then the computer software was gonna aim that nose down, and it was gonna crash. And that’s basically what they claim they found with this jackscrew piece of evidence used to set the trim that raises and lowers the plane’s nose.

But it’s not in the nose. It’s in the rear stabilizer where this happened. The jackscrew combined with newly obtained satellite flight track of the plane convinced the FAA that there were similarities to the October 29 crash of the same Max 8 off the coast of Indonesia, the Lion Air plane. In the earlier incident, a safety feature on the Boeing aircraft was repeatedly trying to put the plane into a dive as a result of the malfunction, and it’s the MCAS system that controls the rear stabilizer, keeping the nose down to compensate for the higher angle of attack.

They tried to get away with having people think that it was a Boeing 737, you already know how to fly one of those when it actually had enough differences in it that it flew differently, flies differently than a 737. So they have confirmed in the Ethiopia crash what was suspected yesterday.