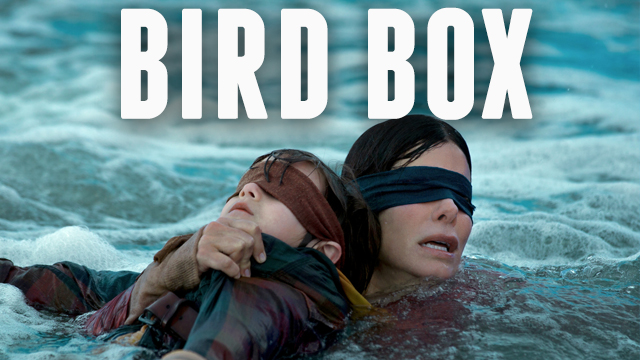 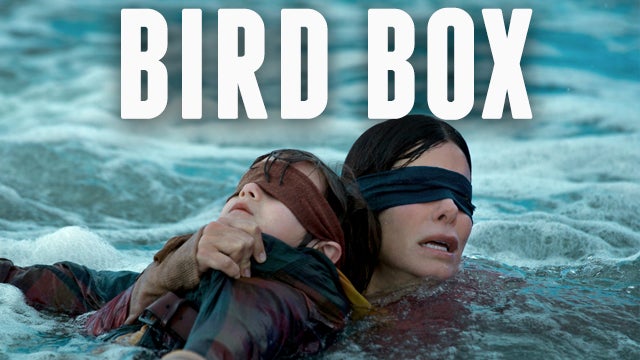 RUSH: Anyone seen the movie on Netflix Bird Box? Have you seen it? Do you know the premise behind the movie? (Snort!) It’s fascinating. It’s a horror movie, and the monster or monsters are invisible.

But if you see them, it renders you suicidally insane. So everybody to survive has to either be blind or wear blindfolds. Now, there’s a lesson here.

RUSH: Okay. So this Netflix movie Bird Box stars Sandra Bullock. John Malkovich is in it. Pretty good cast. Anyway, the evil is a bunch of monsters, and there’s a body of thought that… (interruption) No, no. You laugh. But there’s a body of thought that the people that wrote and produced this movie are actually targeting and criticizing social media as the destructive monster. Indeed, if you know that going in, if you know that people think that going in, certain elements of the dialogue can make you think this is really what the symbolism is all about.

That social media’s dehumanizing, that it ends up paralyzing you. It blinds you; it destroys you. And other people think that it goes a bit deeper than that. The bottom line is, you never see the monsters in the movie. They originally were gonna be… They tried to create monsters that were ugly, lifelike human babies. That was what they were originally gonna look like. Then they decided, “Nope, the monsters will never be seen.” The sane, normal, mentally well-adjusted people who see them immediately become suicidal and insane.

They lose their minds and want to kill themselves, and they do it instantly. The insane people at mental institutions are not affected by the sight of the monsters. They love them, and they want everybody to see them, and the criminally insane get out of prison. They’re running all over the place trying to take blindfolds off of people (that’s how you protect yourself) ’cause the insane think it’s the greatest thing in the world and everybody ought to look. But they’re spreading mass death.

So to avoid being rendered dead, suicidal, you have to be blind. The blind never are affected; so people that wear blindfolds also are protected. There’s some weird things like the monsters somehow can’t get inside a house. If you can go in a house, you don’t have to wear your blindfold. These monsters that kill you on instant sight cannot get into a house. They can’t go through walls somehow. Anyway, it’s become a metaphor for social media, and it may be a commentary on it.

It has created, as pop culture does… There are people all over the country now driving with blindfolds. Sandra Bullock, in one section of the movie, pilots a rowboat with two infant babies for 42 days on a river with rapids and survives it — all while blindfolded. Impossible things. People are out trying to do it. YouTube idiots are blindfolding themselves and running into traffic trying to make sure that cars will stop to avoid hitting them. They’re just trying to get in on it.

It’s like when Princess Di died. Everybody wanted to be part of the story. So they went over to the U.K., laid flowers, tried to get in every camera shot. But the premise… The premise is if you don’t see the evil, you are spared. If you shield yourself from the evil, from the monster, from the death, whatever? It just got me to thinking: What if we could blindfold Republicans in Washington so that they could not see the evil and therefore not be affected by it?

I know it’s unrealistic and would never happen.

But it still serves to make point.