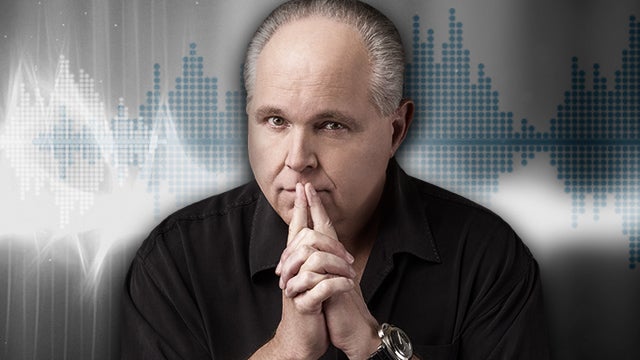 RUSH: Here’s Nate. Nate’s in Detroit. Great to have you. I’m glad you called, Nate. Hello.

CALLER: Rush, it’s an honor to speak with you. Mega law enforcement and USMC veteran dittos from the socialist Republic of Michigan.

RUSH: Yes. Thank you very much. I’m glad you’ve escaped and found some private time to make the call.

CALLER: Yes, sir. I appreciate it. I’ve been listening to you since a little kid in my dad’s pickup truck during the Clinton years.

CALLER: I’ll get to it. The reason I’ll calling is both myself and a lot of my buddies I served with are becoming increasingly concerned by Trump’s willingness to continue to approve these massive spending bills in which the Democrats continue to put seemingly everything for every pet project that we’ve never voted for and don’t want in them, and both Republicans and Trump keep approving them. In 2010 a lot of us showed up at the polls because we were sick and tired of the massive spending and putting our kids in debt, and I feel like both Trump and the Republicans are kind of pulling the same thing. And it concerns me, especially in Michigan, which is a swing state and it’s gonna be close no matter what. It’s really kind of dampening an awful lot of enthusiasm for Trump’s voters to show up.

RUSH: Or you’re just afraid of it? 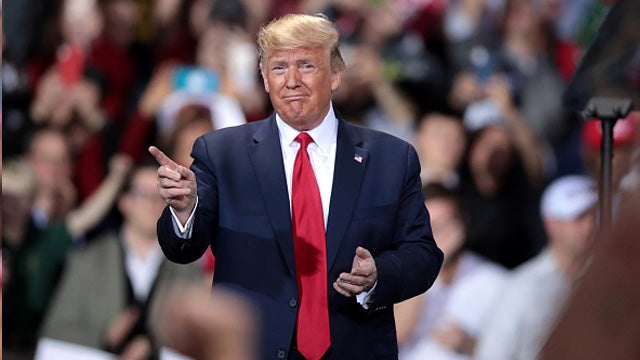 RUSH: You’re detecting it already or you’re just afraid that it might happen?

CALLER: No, I’m detecting it already, sir. I’ve been on the phone with several friends, ’cause not allowed to see our friends right now.

RUSH: Well, look your friends are right. The Democrats have loaded all kinds of wish-list stuff in there, and they delayed it. They delayed the spending in order to get some of their stuff in there. It’s really bad.

CALLER: Yes, sir. My concern is we all voted for him because we wanted him to stand up and fight against this kind of thing.

RUSH: Yeah, I hear you. I hear you, but then — well, I gotta take a break. But we’ll address this when we get back here.

RUSH: You know, in a way, I have been waiting for the question or the objection to spending — government spending — on the part of the Trump administration and Republican Party, practically since Trump’s campaign, certainly since the inauguration. In 2010, it was Obama’s $787 billion stimulus package that scared and angered the hell out of people, so much so that it led to the organic evolution of the Tea Party.

People that had never been involved formally in politics before, other than voting, became a powerful special interest bloc with no leader. And it was all about opposing spending ’cause they were scared to death that that level of spending, if not curtailed, was gonna spend the future for their kids and grandkids. Placing the country in debt, raising taxes, destroying disposable income.

And then the Trump administration assumed office and spending… (sigh) Well, it just took off — and it took off with hardly any restraint or concern. And the people that had expressed shock and outrage over Obama’s spending, some of them made noise about it, but there wasn’t a lot, because the greater enemy had by that time become Democrat Party and the American left.

And whatever was necessary to stop them had to be done. And as the spending… And Trump has never been a fiscal conservative in this sense. He has never been somebody worried about the systematic damage done by government spending. No president is. Once they discover… Once a president discovers that he can spend money that we don’t have because the Fed can print it, quantitative easing…

Folks, I have been asking for the longest time — it’s almost been in a cynical way — why do we even have a budget? Why do we even have limitations on what the military can get and spend? Because it doesn’t seem like there’s any adherence to a budget. We’re always way over budget, mounting deficits, annual deficits of more than…

You spend more than you take in, more than you have. The national debt kept rising, and for all of our lifetimes… I don’t know about you, but my parents and grandparents warned me the national debt was single-handedly gonna destroy the country. And my whole life, it hasn’t — that we know of. But certainly not in the ways that I and my brother were warned by our parents and grandparents.

So then during the Obama years, we started printing money like crazy. We started calling it “quantitative easing.” It happened, and it was money that was sent in a circuitous way to Wall Street. It was used to shore up securities and (sigh) make sure that people that had a second house in the Hamptons wouldn’t have to sell it during a crash.

That didn’t seem to do any harm, and that didn’t seem to take money out of the private sector. There was no limitation on how much you can borrow. The theory has always been that the more money government borrows, the less there is for the private sector. But banks were still lending money; interest rates were reasonable; in some cases, coming down.

So a lot of theory didn’t seem to hold up, and people were scratching their heads. Trump started… I don’t remember specifics. I just know that there was a lot of federal spending going on. Now, let’s jump forward to this. Do you realize $6 trillion — well, let’s say $2.2 trillion and then a couple of four or five hundred billions, and by the time it’s all finished it will be around $6 trillion.

We’ve taken the national debt from $20 trillion to $25 trillion here, all to combat a virus, all to pay people not to work. Still, I know and you know a lot of people that haven’t gotten any of their small business loan money. Maybe you’re one that hasn’t. You wonder, “Where’s the money going?” and then you see a headline in the news: “Billionaires’ Wealth Expanding During Virus.”

You say, “How the hell can that be?” Well, there are reasons for it. But there just doesn’t seem to be any limit, regardless what it’s for. Forget for a moment that the Democrats are loading up in this emergency spending a bunch of stuff that’s got nothing to do with it, and you’re upset with Trump for signing it when you expected him to stand up to it.

Hey, he is not going to be the one responsible for the money not getting out. There’s no way it’s gonna happen. So whatever’s in it, he’s gonna sign it. Just like he did. He signed another $454 billion today, and you ask, “Where’s it coming from?” We’re printing it or we’re borrowing it. Trump’s like to say, “We’re borrowing it at no interest.”

It clearly isn’t a concern, and it’s not gonna be a concern for whoever the next president is. We’re free to spend the money. What worries me about it — among many other things — is look what we’re doing. We are inadvertently (or maybe advertently) fulfilling one of the assertions that big leftist-socialists make.

And that is we can, with government spending, keep people fed while they don’t have to work. Meaning we can create this utopia. The Democrats are looking forward to nuking the idea that you have to work to have a lifestyle. Now, the fact of the matter is the government can’t pay what people can earn themselves, but it can pay enough people.

Let’s just say it is. The government is giving away far more than the minimum wage right now to people. So when this ends, what would you prefer if you’re a minimum wage earner and you’re being paid $52,000 to $55,000 during the coronavirus here not to work, to make sure you stay at home and to make sure you have food? Now it’s over and you gotta go back to work at 15 bucks an hour.

What are you gonna choose?

Well, the government’s gonna eventually run out of money. “No, they won’t Rush. They’ll just print some.” It’s gonna be a real tough educational objective, if people in the Republican Party even care to try again. Or will it be, “Okay, we’re gonna throw the towel in, okay, spending is part of American life now, and there’s no limit to what government can spend.”

Anyway, let me grab a call. I wanted to answer the last caller. I didn’t want to give the impression I was shirking it because time ran out on him.