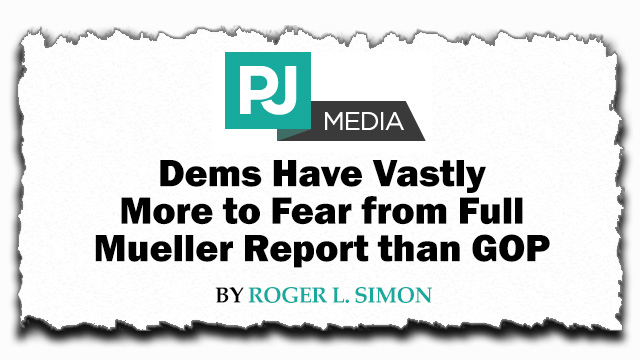 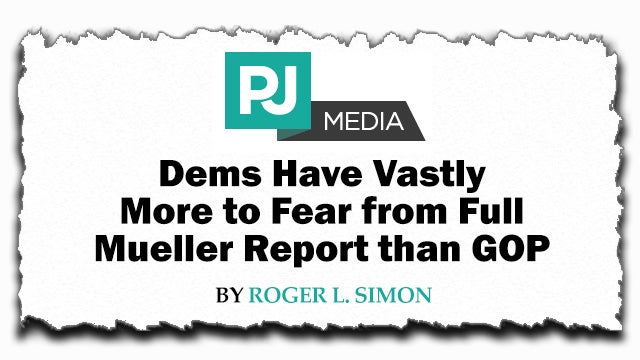 RUSH: Now, ladies and gentlemen, I have here in my formerly nicotine-stained fingers a very fascinating think piece by our old buddy Roger L. Simon at PJ Media. The headline of this piece: “Democrats Have Vastly More to Fear from Full Mueller Report than GOP.”

The premise in Mr. Simon’s piece is that the full text of the Mueller report could well be a booby trap for the Democrats. Now, it could be true. The problem is there is nobody other than Trump who has the wherewithal to carry out anything. We keep hearing about criminal referrals. We keep hearing about these bombshell stories of all these FBI people that are gonna be found guilty of things that we haven’t even imagined. We’ve been hearing about this. Devin Nunes is gonna do this and that and so forth. And it doesn’t materialize.

So people, they hear this, bombshell here, bombshell there, and then nothing happens and they get a little leery about it. But Mr. Simon has a new entry here. “Judiciary Chairman Jerrold Nadler is huffing and puffing away about his committee’s subpoena-in-waiting lest Attorney General William Barr not be sufficiently forthcoming about the details of the Mueller Report. … The full text of the Mueller report is a booby-trap for the Democrats. And many of them not named Schiff must know or suspect it.”

I’m not gonna share with you the whole thing. We’ll link to it at RushLimbaugh.com. But I am gonna give you some pull quotes from this thing. Here is pull quote number one. “The full text of the Mueller report –” remember, this is a Roger Simon piece at PJ Media. “The full text of the Mueller report is a booby-trap for the Democrats. And many of them not named Schiff must know or suspect it.

“Sure there will be one or two tidbits to keep the heavy breathers at CNN distracted as their ratings continue to fall through the basement, but largely the report will be four hundred pages demonstrating what we all now know did not happen — i. e. collusion between Trump or anyone on his campaign and the Russians.”

Now, some of us have known this from before the Mueller investigation began. Simon’s point here is, it doesn’t matter what kind of innuendo about Trump’s character or personality or lack of qualifications or whatever other scandalous stuff, scurrilous stuff. The bottom line is, in 400 pages, there isn’t going to be any evidence of collusion. There isn’t gonna be any evidence of obstruction. The Democrats already know this.

What they are doing right now is trying to promote the idea that there is something in there that Barr is hiding. It must be pretty bad, then the New York Times dutifully comes out with this story that friends and associates of some people on Mueller’s team are pretty surprised because they think there is some pretty bad stuff about Trump in there. But it’s not specified, and there are no names. It’s all anonymous. And the quotes do not come from actual members of Mueller’s team.

So everything is falling in line exactly as it must to feed the Democrat vampires the fake news blood that they need. They can’t live without this fake news. They cannot. Their networks can’t survive without it. Their audiences can’t get through the day without the belief that somewhere is evidence that Trump is a goon or a cheater or a traitor.

Next pull quote: “A full airing of the report, what Nadler claims he wants, will instead ‘open the door,’ as they say in court, more than ever for an investigation of why this probe was launched in the first place, by whom and for what reason.” 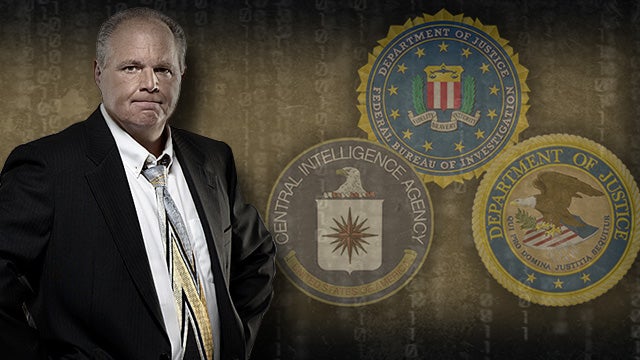 Mr. Simon’s point here is 40 FBI agents, 19 anti-Trump, pro-Hillary lawyers, $30 million produce 400 pages alleging no collusion and no obstruction. The next obvious question, what the hell was this, then? Why was this done? Why was this investigation launched? Who did that, why, and when? You mean, after 40 FBI agents, over two years, $30 million, 19 Hillary-loving lawyers on Mueller’s team, and nothing?

So his point is the obvious question’s gonna be, why the hell did this happen? And that means that people are gonna demand to know why it happened, which will then facilitate and launch an investigation to answer those questions. He says: “The results of that investigation will be quite scary, if not humiliating, for Democrats because they will lead close to, if not over, their highest doorstep — the portals of the Oval Office during the previous administration.”

Meaning, he believes that to get to the bottom of this, which people are then gonna demand, we’re gonna have to go to the Obama administration. Look, I’m just pointing this out because it’s another source saying it and now putting it in fascinating terms. Trapdoor, booby trap, bad news for the Democrats, but to get to the answer to this, why it’s happened, where it started, you do have to go to the Obama administration. 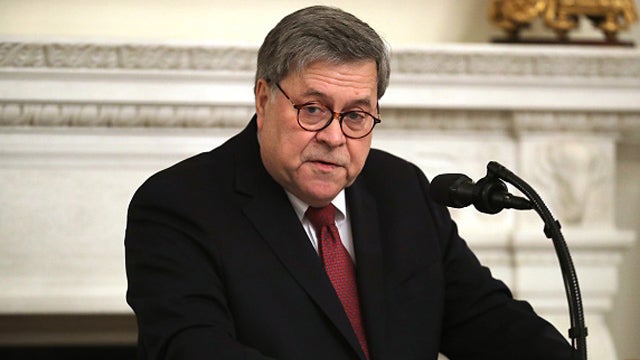 Next pull quote: “Over the next few months we will be seeing the fight of our political lives to keep that threshold from being crossed.” Once the Democrats realize that the real answers people are gonna want can only be supplied by looking far back to the Obama administration, then that’s when they are gonna shut it all down.

“The skirmish over the report is but a relatively tame preamble. Nadler has to be very careful not to anger Barr too much because the attorney general has within his control the ability to appoint a special counsel and make life miserable for the Democratic Party straight to the election of 2020 and beyond.”

And all of that is true. And the more they’re out there claiming that Barr is lying and Barr is not being honest and Barr is holding back the truth, that Trump colluded, and Barr is there for a reason. Barr is there to clean all this up. I don’t know this, I’m guessing, but I’m pretty confident that the reason Barr is there, I do believe that he is somebody that cares about the image, the integrity, and the institution of the DOJ, the FBI, and the law.

And we are not alone, folks, in seeing how it has been bastardized and shredded and corrupted. And he’s the kind of guy that would want to fix this no matter who it helps or hurts. And if Nadler and Schiff and these Democrats keep telling the media that Barr is a dishonest Trump hack, then they’re opening the door to rooms they don’t want to go into.

Final pull quote: “And there is proof that is happening, if we are to believe Trump campaign manager Brad Parscale, who reported … that an astounding 34 percent of those attending the massive Trump rally in Michigan on March 31 were Democrats.”

Meaning people in America are already getting fed up with Democrats. They’re already fed up with this never-ending witch hunt that has no evidence of anything behind it or pushing it. The Trump campaign manager says that 34% of the people that went to the Trump rally in Michigan on March 31st were Democrats.

He found this out by using cell phone numbers to get an accurate read on how people voted. Nope, Mr. Simon concludes, the Republicans don’t have much to fear here. It’s the Democrats. “As Chairman Mao would put it, let a hundred Mueller reports bloom.”