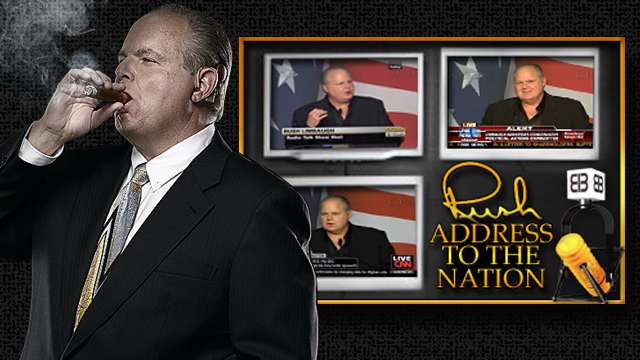 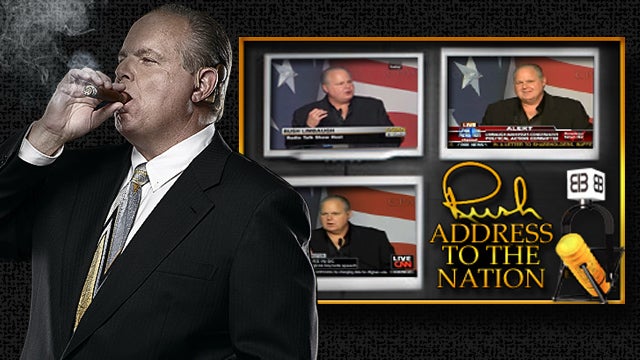 RUSH: You know what Cookie gave me? I can’t believe it. Ten years ago is when I gave my CPAC speech. Do you remember that CPAC speech? Ten years ago, the speech that started a revolution.

When I got to one hour, the CPAC guys, “Do you have any more?”

I think I went an hour and a half in that speech. It was my first nationally televised speech to the nation. So, anyway, she’s given me four sound bites from it, and I was looking at the transcript. I had totally forgot.

I can’t believe 10 years has gone by.RUSH: Okay. We got some time for a couple of sound bites from the CPAC speech that I gave ten years ago. It was February 28, 2009, and we maybe have time to get two of them in here. Here is one excerpt…

RUSH: Let me tell you who we conservatives are: We love people.

RUSH: When we look out over the United States of America, when we are anywhere, when we see a group of people, such as this or anywhere, we see Americans. We see human beings. We don’t see groups. We don’t see victims. We don’t see people we want to exploit. What we see — what we see is potential. We do not look out across the country and see the average American, the person that makes this country work. We do not see that person with contempt. We don’t think that person doesn’t have what it takes. We believe that person can be the best he or she wants to be if certain things are just removed from their path like onerous taxes, regulations and too much government.

RUSH: We want every American to be the best he or she chooses to be. We recognize that we are all individuals. We love and revere our founding documents, the Constitution and the Declaration of Independence.

RUSH: We believe that the preamble to the Constitution contains an inarguable truth that we are all endowed by our creator with certain inalienable rights, among them life.

RUSH: And the pursuit of happiness.

RUSH: Those of you watching at home may wonder why this is being applauded. We conservatives think all three are under assault.

RUSH: When I landed at Dulles and got off the plane, in a car that the CPAC sent — on the way in to the venue — I had no idea what I was gonna speak about. I never do. I never plan it. It’s too restricting. I always wait for something to bounce off of, something to inspire me. We’re driving in, and on the radio somebody says, “Rush Limbaugh speaks to CPAC coming up,” and Kathryn looks at me. “That’s what you should do. Why don’t you just look at this for what it is? They’re covering this. This is your First Address to the Nation.” That’s all I needed, and I took off from there, and it went on for over an hour.

Here is the next excerpt. (interruption) No, no, no, we’re not gonna play the whole thing. This just one more excerpt that we have time for…

RUSH: For those of you just tuning in on the Fox News Channel or C-SPAN, I’m Rush Limbaugh and I want everyone in this room and every one of you around the country to succeed. I want anyone who believes in life, liberty, pursuit of happiness to succeed. And I want any force, any person, any element of an overarching Big Government that would stop your success, I want that organization, that element or that person to fail. I want you to succeed.

RUSH: Also, for those of you in the Drive-By Media watching, I have not needed a teleprompter for anything I’ve said.

RUSH: Ten years ago for that. This is CPAC going on, and I just got a note that Michelle Malkin got a standing ovation at CPAC when she trashed Paul Ryan, when she heavily criticized the Bushes, and when she said that it’s time to get rid of the ghost of John McCain. Apparently she got a standing-O with those comments. I just the got a notification of that. So it sounds like they’ve got a good event underway and going on.