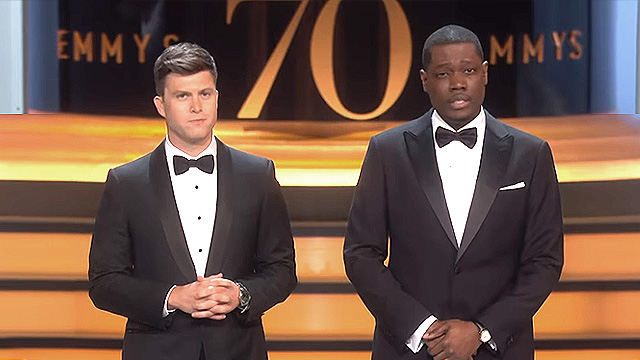 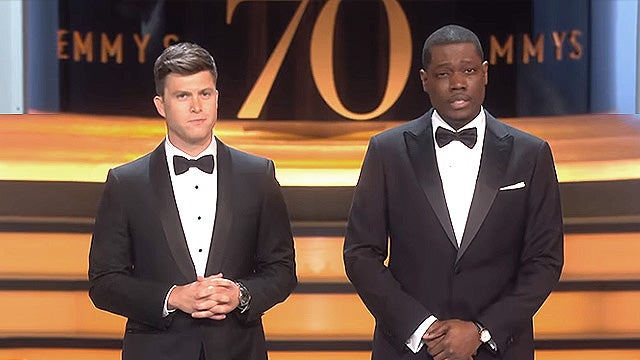 RUSH: Did you see the Emmys were last night. Did anybody watch ’em? The ratings for the Emmys crashed, apparently to a new all-time record low. Which to me is curious, because honestly, folks, we are in the golden age of television. Depending on your moral code but the creativity, the content has never been better. There is more television today, good TV, more options. Remember when we were growing up there were three network, and that was it? I don’t mean to be harping on that.

And then it wasn’t that long ago, if you go back just 10 years, 12 years ago, it was still largely network TV — ABC, CBS, NBC, Fox — and those successful shows, those producers had to come up with 21 to 24 episodes a season. It was a marathon. They never got any time off. Even when the season ended, they got a couple weeks break and started writing the next. I’m not commenting on whether you like the shows or not. I’m talking the output was phenomenal. Now the trend in television and anybody working in television will tell you that there’s no better time than now.

“You mean I don’t have to produce 24, 21 episodes? All I gotta did is produce eight or 10, maybe 13 at the most a year instead of 24?” You’ve got people getting into TV thousand, and they’re producing some of the… Well, without making a judgment on it, the number of people paying to watch Netflix and Amazon Prime video and everything else is through the roof. My point is, a lot of people are spending a lot of time loving watching television.

So why wouldn’t an award show where it’s gonna be announced which of these programs’ stars and producers, directors, writers, and the shows themselves are the best? The two usually go hand in hand, but there was absolutely no desire to watch the Emmys last night. By the way, we’re through with summertime. I mean we’re now middle of September. Everybody that’s going to school is back to school. Families have resumed their normalcy. The sun’s going down a little bit earlier.

You know, you’re not during summertime, late afternoon outside activities. I just find it curious. The content, by the way? Oh, of course, the content last night was juvenile and of course nothing but anti-Trumpers, Never Trumper and so forth. I’m kind of asking the question rhetorically but still to make the point. In the eyes of many television viewers, you’ve never had more options. It’s never been more plentiful, the quality on balance has never been better. A lot of eyeballs. Watching television in a lot of different ways. Watching on their phones. Watching on iPads, regular TV screens. More people than ever.

Yet when it came time to announce the awards for all this great stuff, nobody cared.