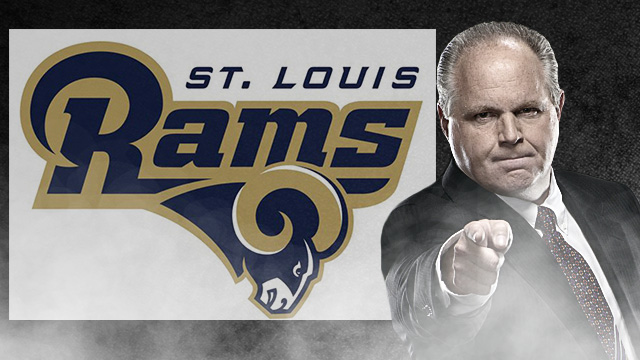 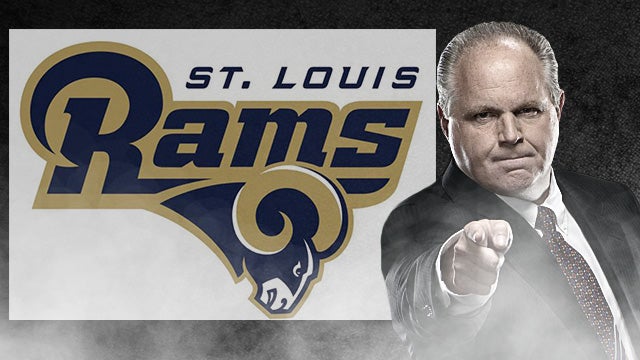 RUSH: Okay. So, I got an email: “Rush, you sound so confident about all this in terms of the way you describe the left and what they’re gonna do and what they’re thinking. You can’t be that confident. Nobody is.” Yes, I can, folks. Look, I really don’t like talking about me, and I really don’t like inserting myself into situations like this where I have nothing to do with it. But, experience guided by intelligence, this has happened to me, and not just one time.

It has happened to me in a major way. And, if I said three words, you would remember it: “St. Louis Rams.” When it was revealed that I was a minority participant in an ownership group to buy it, look at the lies and the literal garbage that the entire United States media and sports media published about me. That I was advocating for a return to slavery because blacks were “better off” in those days!

Things I had never said, things that I had never even thought, places I had never been where I was saying these things, and they were just echoing and being amplified all over the country. And it was after this… The fact that I was in this ownership group, it leaked on ESPN, and I know where it came from. Goldman Sachs was arranging the sale of the Rams, and I was a minority participant in this ownership group, and they put it out there that I was one of the figureheads and decision-makers and so forth.

And I’m sitting here bombarded with… And not a single reporter ever called me to ask me, “Is it true? Did you say this?” It all emanated from books that were made up about me and lies. They were Media Matters things. They were things that, if I had let go and not talked about, could have ended a career. You just can’t say you support a return to slavery because it was better for African-Americans back then. They had me saying that!