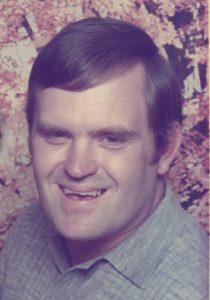 He is preceded in death by his father; his wife, and one sister, Connie Powell.

He was employed at Amyx Industries for approximately thirty years. In his early years, Jackie loved to ride motorcycles and do lots of sightseeing. He will be sadly missed by all who knew and loved him.