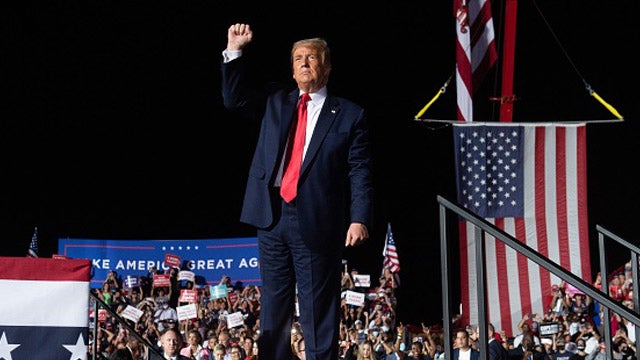 RUSH: “Another Pollster Sees a Trump Win.” It’s a piece by Kyle Smith. He publishes at the New York Post and National Review, and I think it’s a National Review piece. By the way, the pollster is Jim Lee of Susquehanna Polling and Research.

“Trafalgar Group’s Robert Cahaly is an outlier among pollsters in that he thinks President Trump will carry Michigan, Pennsylvania, or both, and hence be reelected with roughly 280 electoral votes.” That’s Cahaly. And we’ve been through that breakdown. We did it last week. 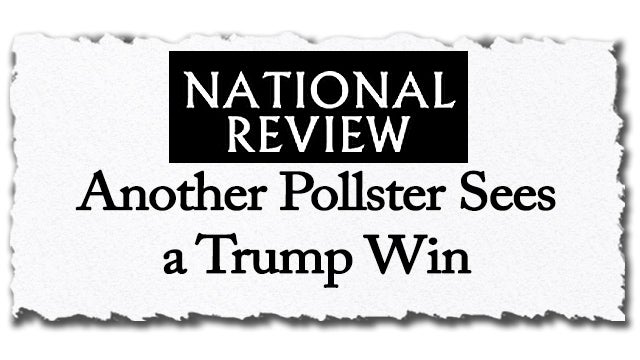 But another pollster, Jim Lee of Susquehanna Polling and Research, “echoed some of Cahaly’s points about shy Trump voters being missed by pollsters. ‘There is definitely a submerged Trump vote,’ Lee said. Asked for a prediction, he hedged a little but then predicted a Trump win: ‘I can’t call it. If the turnout is going to be what I think, Trump wins it.’”

See, and that is the key. What is all this early voting? We just heard Debbie Dingell — folks, the anecdotal evidence is that the early voting is Trump, not the Democrats. The early voting is Trump. Debbie Dingell, Democrat, Michigan, just said she was out talking to a bunch of autoworkers in Michigan, and she was stunned. There were 90,000 of them that didn’t vote in 2016, and a bunch of ’em she says are voting Trump this year. She says the Democrats have gotta stop thinking that they have this thing in the bag.

Now, when you look at the early vote, something like 65 or 70 million people have already voted, what is the assumption? The assumption is that it is ticked-off Democrats. Oh, yeah. Democrats that have been mad ever since election night 2016. They thought they had the election in the bag. They thought it was a slam dunk and they’ve been so ticked off over Russian collusion. But stop and think a minute. Everything they have believed in is not true. They have been living a lie for four years, from Trump-Russia collusion to Ukraine impeachment to you name it.

Why doesn’t it make sense that they’ve been seething out there for four years and, and given the chance to go out and vote and to make sure that their voice is heard, that they are the ones in the early voting category. Why do we assume the early voters are all Democrats? Because we’ve got a death wish, because we have some pessimistic attitudinal problem, which is justified. I mean, we’ve taken it on the chin enough times, got the media against us and all that.

So here comes this guy, Jim Lee, Susquehanna, and he “goes further than some other analysts in suggesting that pollsters may be deliberately overstating the strength of Democratic candidates in order to dampen Republican turnout.” He’s flat-out saying that the pollsters and the media are engaged in voter suppression.

And he put it in a press release. He calls it “the very definition of ‘voter suppression’ for a poll, by Franklin & Marshall College, to claim Hillary Clinton was ahead by eleven points among likely voters in surveys taken from October 26-30, 2016.” There’s no way she was ahead by seven or 11 points. She would have won the election if she were ahead by seven or 11 points. There’s no way that was true. He calls that liberal bias.

“Yet, Lee notes, Franklin & Marshall and its lead pollster are still taken seriously by the media and cited as nonpartisan experts. He thinks there should be professional consequences for pollsters who are so wildly inaccurate as to raise serious questions about their impartiality.” He’s got a great point here. This guy had Hillary Clinton winning by seven to 11 points one week from the election. It wasn’t even close. And this guy’s out there still today running a poll, claiming it’s nonpartisan, claiming it’s fair, claiming it’s accurate. As are all of the others that got it wrong.

You have to kind of hand it to these guys going public like this. Cahaly of Trafalgar. Jim Lee of Susquehanna. This guy, Jim Lee, was not finished. He “calls attention to what he describes as ‘garbage polls’ showing a double-digit lead for Joe Biden in the past few weeks in Pennsylvania. He sees this as a replay of 2016 and adds, ‘I called on the American Association of Public Opinion Research to crack down on egregious polling to tighten standards for firms that clearly don’t understand the landscape of Pennsylvania.’”