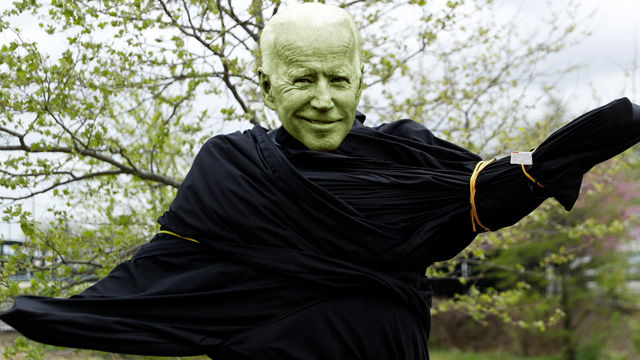 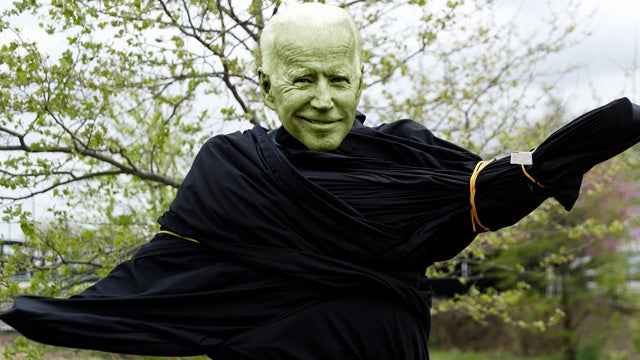 RUSH: So Biden called Anita Hill, Biden calls Anita Hill and says (imitating Biden), “I’m very sorry.” She says, “I don’t believe you, Plugs, and even if I did, it’s not enough.” I’m gonna tell you what, folks. My analogy yesterday that if Biden had a statue, the Democrats would be tearing it down and covering it up is already getting traction.

RUSH: And you have to admit, that was pretty clever. If Biden had a statue. I mean, if they’re gonna tear down Kate Smith, there’s no way Biden survives.

RUSH: Since we’re talking about the economy, I want to play Biden. Biden was on The View today. In fact, we have four sound bites from Biden on The View. I want to start with number 24. You stop and think about the Biden campaign. Look at what we now know about the Obama administration. They were spying on Trump. They believed — I’m gonna give ’em the benefit of the doubt — they believed that the Russians were attempting to influence our elections. And what did they do? Nothing! They let it happen, hoping to catch Trump in the middle.

Now, we know the truth. The truth was that they implanted the spies, the FBI, the Obama administration was attempting to frame Trump. But public admission from the Obama team is, “Oh, we thought the Russians were infiltrating the elections.” They let it happen. Why would anybody want to go back to this? Spied on Trump. They ignored Russian interference. By their own admission, they ignored it, they didn’t pay any attention to it.

We had a terrible economy. Obama himself was telling us that there was a new normal, that 1% economic growth, something we all needed to get used to, that all of these manufacturing jobs in the Midwest, they’re not coming back. And Biden says this is what we should return to? What is his point in running? To return America to that?

If you want to talk about the Russians in this upcoming campaign, there is no question who Vladimir Putin is gonna be backing, and that’s gonna be Biden or Crazy Bernie. In fact, I wouldn’t be surprised if Putin invites Crazy Bernie back to do another honeymoon in Moscow.

But clearly Putin is going to be on the side of Biden. They owned Obama. Obama is telling the Russians: Be patient. Be patient. Wait ’til I win reelection. I’ll much more flexibility when I don’t have to run again in getting rid of America’s nuclear weapons.

Why would we want to go back to the Obama-Biden track record on anything? They didn’t give a damn what Russia did. They hoped to entrap Trump in the middle of what Russia — they promised flexibility. They promised all they great economic stuff, and it didn’t happen.

So here’s Biden on The View today talking about the economy. Maude Behar says, “I’m reading that it’s going to come down to Pennsylvania. Now, that’s your state. Aren’t you a Scranton guy originally? How are you going to get those voters?”

BIDEN: This president has done nothing to help that group.

But the point is we are smack-dab in the middle today economic growth, 3.2% — now, I’m sure The View audience hasn’t the slightest idea. The audience of The View has gotta be one of the most uninformed media audiences in the country. But it doesn’t matter because there is a media that can react to this, like I’m reacting now.

For Biden to go out, “Well, Joey, Joey, you know, your job’s about a lot more than a paycheck. Your job’s about your place in the community. Trump’s blown all that up. We don’t have it anymore.”

There are more people working today than at any time during the Obama administration! It’s not even close. The labor force participation rate is at an all-time high compared to the eight years of the Obama administration. Not only can they not innovate in the future, they can’t even get current. Biden here is talking as though he’s running in 2008 coming out of the George W. Bush Iraq war recession. It’s amazing to behold this.

RUSH: Okay. Just a couple of more Bite Me bites from The View today. Here is Maude Behar asking Vice President Biden about the recent allegation against him — Anita Hill, botching that — and this is Biden’s response to it…

BEHAR: Nancy Pelosi wants you to say, “I’m sorry that I invaded your space.” 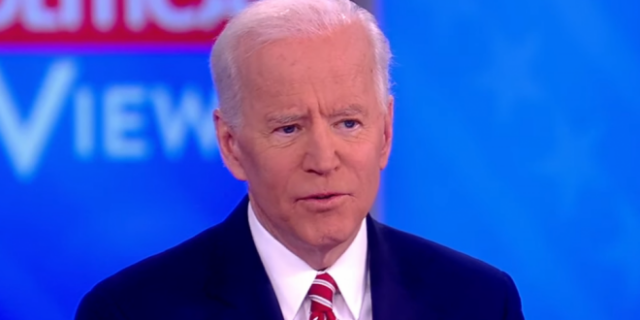 BIDEN: “Sorry I invaded your space!” I mean, I — I — and I (stammering) — I am… I’m sorry this happened. Um, but — but, uh, I’m not sorry in the sense that I think I did anything that was intentionally designed to do anything wrong or be inappropriate. It was inappropriate that I didn’t understand that I — I took… I assumed… Look, I — I — I was… (long pause) Anyway.

RUSH: That might be worth a take two. You know, when they asked Ted Kennedy… No, they asked John Kerry. “You want to be president. Why?” “Well, uh… (sputtering) I served in Vietnam. I served in Vietnam.” “You want to do that again?” What is he saying here? “I’m not sorry in the sense that I think I did anything that was intentionally designed to do anything wrong or be inappropriate. It was inappropriate that I didn’t understand that I — I took… I assumed… Look, I — I — I was…”

Pfft! They want him to bend over and grab the ankles about Anita Hill.

So now Ana Navarro and Maude Behar zoom in for the kill.

NAVARRO: I don’t know why it took you so long to call her. I wish it had happened earlier.

BIDEN: I didn’t want to, quote, “invade her space,” and so I spoke to some leading women advocates, uh, in this area — someone who knew her — and I said, “Could ya see whether she’d take my call?”

BEHAR: You know, I think what she wants you to say is, “I’m sorry for the way I treated you,” not “for the way you were treated.” I think that would be closer.

RUSH: Look at this! This is the blackmail! They want him to take the heat for her not killing Clarence Thomas! They’re mad that Thomas got confirmed. They want Biden to take the blame for somehow making Anita Hill not credible enough to pull this — and it was a scam — off. This is absurd! If I were Joe Biden, I’d tell these people to take it where the sun doesn’t shine, and I would leave this campaign and I would leave this party. 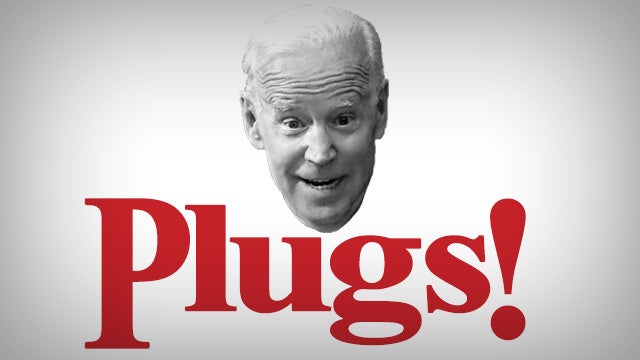 As it is, he’s walking out of that show with one ball missing. And if he could have hung on there for another segment, he’d have walked out of there a eunuch, like Varys on Game of Thrones! This is unbelievable! He’s rendered speechless. “Well, I think what she wants to hear, is she wants you to call her up and say that Thomas shouldn’t have been on the court and it’s your fault, not Anita’s.” “I’m not gonna do that. I didn’t do anything wrong here. Who…? I can’t help it, I got outsmarted by Arlen Specter. My hair looked good that day. The plugs were just comin’ in. I was in a lot of pain. What do you want me to do about it?”

RUSH: A closing note. You probably heard the wizards of smart say — the Drive-By Media analysts say — that Biden is probably the only guy that can beat Trump because Biden is the only guy who can get the white working class vote that Trump won with, right? Somebody explain to me how that’s gonna happen when Biden was on a ticket twice that specifically wrote off that voting bloc. The Obama administration said it didn’t want the white working class vote anymore, and Biden was right in there helping that along. So tell me how is it that they’re gonna turn around and vote for the guy after all of that, hmm?