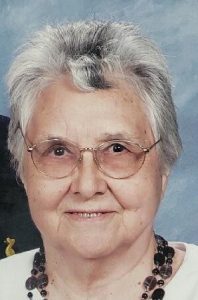 She is preceded in death by her parents; her husband; one son, Daniel Hill; two sisters, and one brother.

Burial will be in Oak Lawn Cemetery, West Plains, under the direction of Carter Funeral Home, Inc., West Plains.