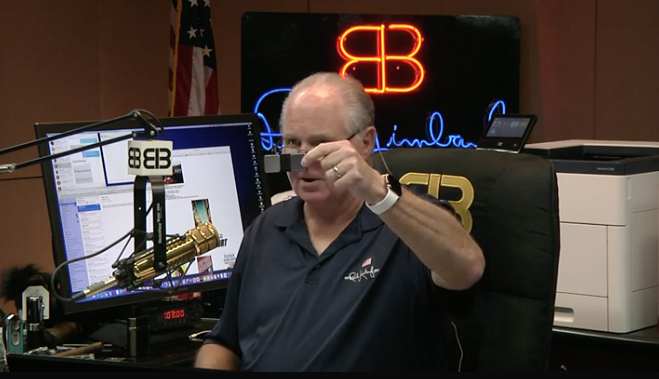 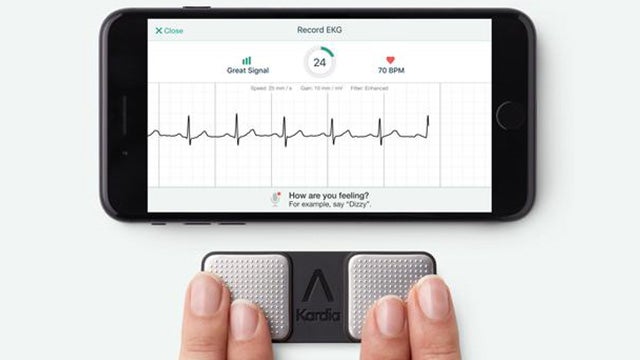 RUSH: Now, in the last commercial break of the previous hour, a spot went by for an outfit, a company’s product called Kardia, K-a-r-d-i-a. And it really is amazing. It is a device that works in tandem with your iPhone — and I assume it works on Android, too — that measures your EKG. It measures your heart rate, but it also does a one-lead measurement of your electrocardiogram. And it will show whether or not you are in sinus rhythm or in atrial fibrillation. Now, atrial fibrillation is not good.

It’s the upper chamber of the heart beating out of control for whatever reasons and, if it’s really bad, and if it’s not dealt with, it can lead to stroke and heart attack. That’s not an automatic thing, but those are the worst things that can happen from it. If you feel it, if you have the symptoms of AFib — if you’re aware of the irregular beat in your heart — it’s scary. And it also, depending on how sensitive you are to your heart rate, if you can feel it pounding or if you have a sense, without even taking your pulse, if you can sense it, then when it starts racing, that is also kind of unnerving.

So I want to show you what it is. This is the device I’m holding up here for the Dittocam. It’s battery powered, lasts forever. It’s just two little pads on which you place two fingers each. And then open the app. Kardia has an app for your phone. You open the app and you put your fingers — your first two fingers on both hands — on these pads within close proximity to the phone, and in 30 seconds the app… 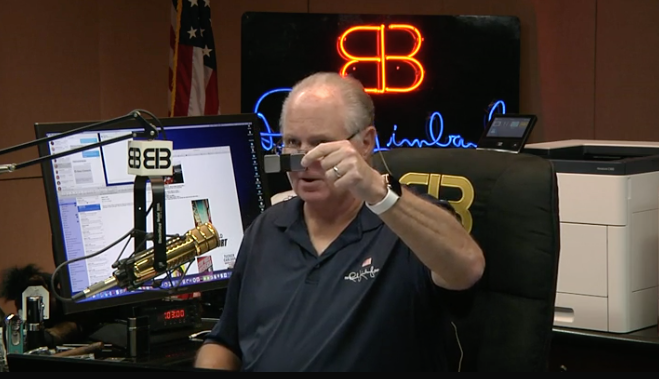 You’ll watch it happen. You’ll see the EKG as it happens, and your heart rate will be denoted, and, after 30 seconds, it will tell you whether you are normal or whether you are possibly in AFib. You can create a PDF out of the EKG and send it to your cardiologist, who will accept it. Now, this device… I think the price they said was $99. The app is free. You get at the App Store. It’s the K-a-r-d-i-a. Now, I mentioned the Apple Watch.

That’s not necessary, but if you have an Apple Watch, you can buy a Kardia band for the Apple watch that has a sensor in the band, and you put your thumb on that. You have to hold very still if you use your watch for this. But you put your thumb on that sensor for 30 seconds, and it will read an EKG and your heart rate, and it will report on the Kardia app on your iPhone. And then from there if you have a doctor or cardiologist you want to send it to you can.

What it tells you… It tells you your pulse, tells you your heart rate per minute and it will tell you if you’re in sinus rhythm or in AFib. If you’re in AFib and you feel symptoms, you know it. If you don’t feel symptoms then you would never know you’re in AFib and it’s something you would want to get looked at. I heard the spot, and I was ecstatic to hear that they signed up and became a sponsor. And I wanted to spend some time to just grab your trusty little iPhone here.

Literally, you hold this device within a couple inches of it for 30 seconds, and it will tell you whether or not you’re in sinus rhythm or in AFib. Now, Apple and their new Series 4 Watch, one of the big highlights of the new Apple Watch is it’s gonna do the same thing. They’ve got FDA clearance for this. The way it’s gonna work on the Apple Watch, only Series 4, is you will put your finger — and it’s not activated yet. They promise it’s gonna be active before the end of the year.

But it’s a separate app that Apple runs through the Health app on the iPhone, and what you’ll do is put your index finger on the digital crown, the knob, and you’ll hold it there for 30 seconds, keeping your arm as still as possible. And it will read. It’s a one-lead EKG as well, as opposed… One lead is one connection. In the hospital, it’s 12 leads, when they tape all those things to you, because the hospital measures much more than just the EKG.

It’s a former Google exec and engineer who is behind the whole Kardia program. But I just… I wanted to demo it for you. Well, not actually demo it. I can do it, but… This is the device. Just put two fingers on each of those pads — there you go — for 30 seconds with your phone within an inch or two (and it will tell you whether you’ve got a good enough signal to do it or not), and bammo! And you can do it as often as you want.