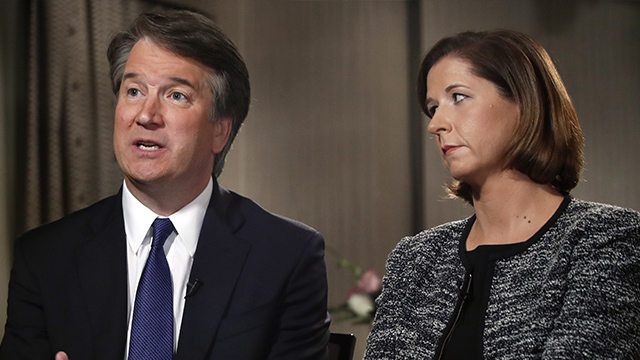 CALLER: (garbled cell) Hi, Rush. Thanks for all you do.

CALLER: So I thought it was important that I call in because just by coincidence I was at Yale the same year as Brett Kavanaugh, and I was even in the same residential college that he was a member of —

RUSH: What year are we talking about here? 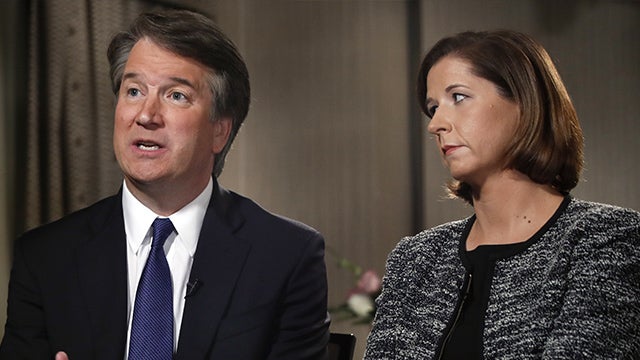 RUSH: And you were in the same residential college?

RUSH: What does that mean for us dropouts? What is a residential college?

CALLER: (chuckles) They assign people to colleges. There’s twelve colleges at Yale, or now there’s one more. At the time there were twelve, and there’s about 120 at each college and it just subdivides the grouping of the students so that they know each other more closely. They live in the same dormitories —

RUSH: Okay, residential. It’s where you live. Okay. I just wanted to make sure.

CALLER: Yeah. They get to know each other fairly well.

CALLER: So if I had to describe Brett Kavanaugh that I knew from 1983 through 1987, I would describe him with one word as “kind.” He is kind, he is gentle, he was gracious, he was thoughtful. He was never somebody I would ever think of as a quote “partier.” He was a good man, and I’m just offended that all of this coming out. I don’t associate that at all with the person that I knew.

RUSH: Were you afraid of him?

RUSH: Were you ever afraid of him?

CALLER: Never. Never! He was gentle. A sweetheart.

RUSH: Well, how…? You had to know him pretty well, I mean, to make a judgment that he was gentle and a sweetheart. You wouldn’t say that about somebody you would see walking on the quadrangle. I mean, you’d have to know them a little bit.

CALLER: Right. No, we weren’t close friends or besties or anything like that. You know, he was just another person in this group of 120 that all kind of know each other. You’re the in dining hall together and —

RUSH: Let me ask you this. Okay, 120 people. Were any of them, as you recall…? Was there any scuttlebutt, reputation, winks and nods, whispers, “Be careful of this Kavanaugh guy. The guy, he’s a snaky, sneaky, looks like this. But don’t be in a room alone with him”? Was there ever anything like that?

CALLER: Absolutely not. And if there had been, I would have known because it was a small group of people. No! He was just a normal, nice guy.

RUSH: So all of this that you’re hearing about him, it has to sound like nothing you experienced or knew. It has to sound strange and almost incomprehensible?

CALLER: Exactly. I even had two reporters contact me. The Huffington Post called me yesterday and it’s so strange ’cause I live in Wyoming out in the middle of nowhere and reporters do not usually call me of all people. (giggling)

CALLER: They’re trying to get dirt on him. I’ve had this happen once over the summer, and the person who called — the reporter — in the middle of the summer, when I wasn’t able to give her any dirt, she started to lead me, just like leading the witness. She started suggesting terrible things that I should say about him, and when I wasn’t able to do that she started leading me down the road. “Can I say anything negative about the groups that he participated in, you know, the clubs that he was a part of while he was at Yale?” Again, I wouldn’t say anything negative about them as well. I didn’t have anything negative to say but he was really offended. The reporters are calling me, of all people, to get negative things to come up with, and it really makes me suspicious that these women who are coming forward have had something similar to them done to them as well, that somebody’s leading them and spurring them on and urging them.

RUSH: You said you had a call from the Huffing and Puffington Post yesterday?

RUSH: She just dropped off out there, but we get — whether you know it or not — your number. We have a deal with Google. So we’re gonna try to… I’m just kidding! I shouldn’t have said that. I just made that up. You know, I’m just trying to be flippant here with the news.

RUSH: We’re back with Jenny in Wyoming, who was at Yale in residential college at the same time as Brett Kavanaugh for a number of years. Your call yesterday from the Huffing and Puffington Post, did they try the same thing yesterday? Did they try to lead you into answers they already had and were trying to get you to confirm?

CALLER: Honestly, I sort of directed the conversation earlier than giving her a chance to do that. It was a very young girl. I did ask her age. She was 28 and I was thinking, “This girl doesn’t know anything. She wasn’t even around during the Clinton era. She (unintelligible) history here,” and when I talked with her about it I turned around all the questions back onto her and asked her (crosstalk) —

CALLER: So I talked about how the reporter who had called me in the summer had been very manipulative and was leading. I asked her, “What does it mean to be a journalist and are you trying to create the news that you want to hear or are you actually asking about it and wanting to learn something honest and true and what is true?” So I think I probably surprised her with some of that. But (crosstalk) —

RUSH: What…? Whoa, whoa, whoa. What did she say when you asked her if she wanted to actually make news or actually learn something?

CALLER: Well, the reply to that was that we have to protect these women and that they have rights, too, from the angle of defending the woman. I talked about how in my opinion Brett Kavanaugh is the victim. He is truly the one being victimized, and I asked her how it would feel if you had worked all of your life and been a good person and had been conscientious and had done the right thing and had done something, a certain moment in your career been attacked wrongly, wrongly accused and how that would make her feel. Her response was that (garbled), well, he would still have a good job anyway. (laughing)

RUSH: Okay. You know what?

RUSH: Jenny, thank you for letting us call you back. This has been eye-opening, and I appreciate it. Just to review, she went to Yale at the same time Brett Kavanaugh was there, same residential college. She knew him, not well or intimately, but knew him, and none of this that she’s hearing about him is anything she even thinks possible. She never saw one shred of evidence about any of it. Now, this little infobabe from the Huffing and Puffington Post calls.

“What would you think?” she was asked. “What would you think if you led a great life, hadn’t done anything to anybody, and all of a sudden here comes somebody with an allegation that they can’t prove that you’ve done this.” “Well, I would still have a good job anyway, even if… if…” Well, this tells you how they’re thinking, how they’re justifying this to themselves! These reporters, particularly these young ones are saying, “Even if Kavanaugh’s kicked off the court he’s still got a great job. He’s still gonna be on the D.C. Circuit Court.”

No, he’s not. This is one of the reasons Kavanaugh’s fighting so hard. Look, if it survives — if this outrage, if this perversion of truth, if this vile corruption survives — and if it is, at the end of this process, considered true that Kavanaugh is a sexual predator, how does a sexual predator stay on the D.C. Circuit? This is not just to keep him off the Supreme Court. They’re trying to ruin this man and destroy his life, reputation, career, family, and future, folks. That’s who we’re dealing with, and that’s why this vote has to happen and he has to be confirmed.

There’s way too much at stake!