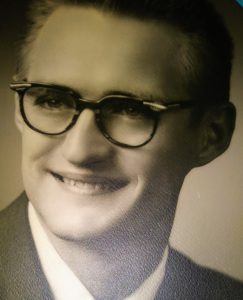 Kenneth Steinkoenig went to be with the Lord Saturday, December 29th, 2018 at the age of 86 years.

He is survived by his wife, Judith, of sixty-one years; five daughters; fifteen grandchildren; eight great grandchildren; three brothers and one sister.

He is preceded in death by his parents, Wilbur and Esther Steinkeonig, and one sister.

He served in the Navy and Marines and was Korean War Veteran.

He was a loving husband and father and will be greatly missed by his family and all who knew him.