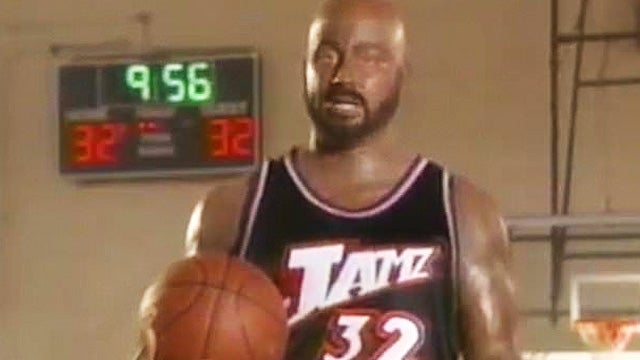 RUSH: Hey, have you seen where Jimmy Kimmel is taking the summer off? He is gonna take a leave of absence from July 6 all the way through September. I saw that before I knew why, and I said, “Well, that must be nice.” Pressure. Too much pressure. It’s 18 years. (Try 32, Jimmy.) Eighteen years. (Try three hours a day, Jimmy, with no writers.) It’s been 18 years, and he’s gotta take the summer off, because…

Was Adam Corolla the other…? (interruption) All right. And during the life span of that show, Jimmy Kimmel appeared in blackface a number of times during skits, and he was portraying NBA player Karl Malone, and he would do it in blackface. Karl Malone is African-American. And so that now has surfaced. 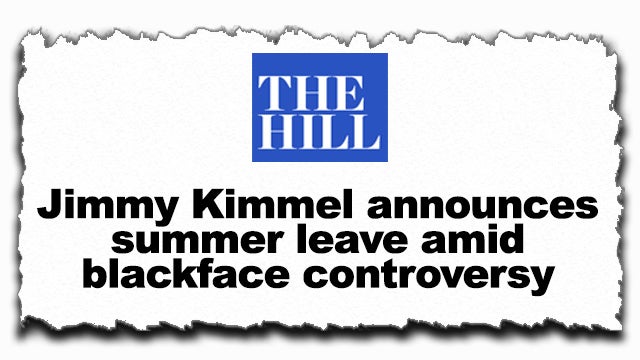 This story is at the TheHill.com. Not Variety, not The Hollywood Reporter, TheHill.com, a Washington political paper. It says Jimmy Kimmel is getting a head start on the upcoming controversy of him in blackface as a host of The Man Show. That was years ago. How long ago was The Man Show, Brian? You were still wearing diapers, right? (interruption)

Well, it’s at least 20 years old, something like that, 25. I don’t know. I guess you go find out. It was fresh with Comedy Central. (interruption) ’99? Oh. Twenty-one years ago, he started. Okay. So it’s actually… I guess it’s an attempt to get a head start on the controversy of being caught blackface and so forth. (interruption) Yeah, but Fallon didn’t he get away with it or did he apologize for it?

He didn’t have to stop doing his show for a while. Isn’t it amazing, folks, all of these holier-than-thou, clean and pure as the wind-driven snow Hollywood liberals? Isn’t it fascinating when we learn what they’ve done? They have mistreated women. They’ve beat them up. They’ve raped them. They’ve sexually abused them. They’ve put ’em on the casting couch.

They’ve dressed up in blackface. They’ve made fun of African-Americans in the process. Hell, the sitting governor of Virginia dressed up in blackface when he was in medical school, and he’s still the sitting governor of Virginia. (accent) “That’d be Ralph Northam!” Isn’t it amazing what we learn about these people? (interruption) I don’t know if ABC knew that Jimmy Kimmel had done blackface routines or not.

I have no idea if ABC knew it. I assume… Oh! Oh! This remind me. I meant to tell this little story some days ago and it slipped my mind, because in the past 10 days, I’ve had about 80-75% of my mind here every day. Remember, when this program was like new starting 1988, first four years, 1992? Whenever anything is new and it’s big and it’s growing, it captures the attention of everybody in media, including Hollywood TV people.

I had a request to fly out to Hollywood and meet some syndicators of a hot new show that they had a plan for, that they wanted to see if I would fit — and, of course, this is exciting stuff. This is big, big stuff. So I went out and did it, and I met with one of the producers. His first name was Bruno. I don’t remember his last name. He was well known — a big, big, big, big, big guy in television business.

So we’re at lunch one day at a famous, famous place in LA, which I also don’t remember now, and I thought that I would take the occasion here as an opportunity to learn some things. So, at the time, the Arsenio Hall Show was kicking butt — it was the talk of the town — and I asked Bruno to tell me why. “What is it about that show that works?”

I wanted to know from a broadcast and entertainment executive, “Why is it the show worked?” This guy… This guy stood up from the table, “What do you mean, why? A skinny black kid, probably poor, probably never had two quarters to put together — a skinny little black kid finally gets a chance to work in Hollywood — what do you mean, why is…?”

I’m looking around, and he’s screaming at me. He has interpreted my question, ’cause I’m a conservative. He has interpreted my question to say something entirely other than what he thought I was asking, “Why in the hell does that guy have a job!” That’s what he thought I meant. I was asking, “Why does the show work?” To me, this was all a great opportunity to learn something.

This guy, he went on a rant for two to three minutes about the disadvantaged African-Americans and how they’ve never had a break in life. “They’ve always been slaves, and they’ve always had to do Stepin Fetchit stuff, and this guy, Arsenio Hall, he’s broken out! For that reason, his show succeeded,” and about an hour later… No, no. It was a few days later, he called me and apologized, because he… 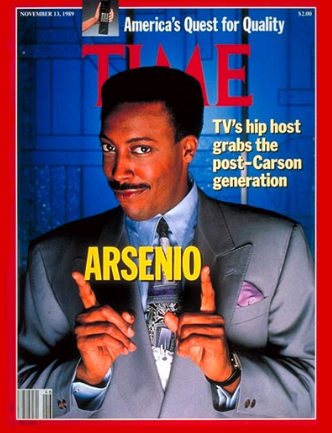 I’m forgetting the term that he was… It’s not “virtue signaling.” That’s a term today. He had a preconceived prejudice or bias about me, and that question just triggered behavior. He eventually called and apologized and said that he felt bad about the way he reacted to the question, and then gave me the answer that I had originally wanted.

But the point about this is, here you have all of these Hollywood people who are clean and pure as the wind-driven snow, and they’ve never done anything wrong, and they have all of the proper opinions. No bias. No prejudice. There’s no racism, there’s no bigotry, there’s no homophobia among them — and then you find out the things they’ve done when nobody’s looking.

That gives them a pass. That gives them perception to do the other stuff they do, and I just… This Kimmel story, blackface? I thought the original version of the story was true. There’s a lot of pressure out there. It’s a nightly TV show, need a break. After 18 years, I can understand. Need a break. Then we find out that there’s a blackface controversy in the repertoire of Jimmy Kimmel.

RUSH: I’m gonna go through this in a minute. Gonna go through NBC, Matt Lauer screwing anything that was not screwed down, not moving, or was moving. Got CBS, got Gayle King not paying her what she deserves ’cause she’s black. You got Charlie Rose who was doing his own impersonation of Matt Lauer out there. 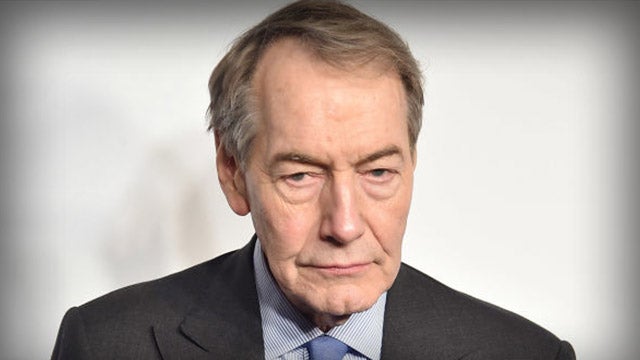 And these big networks — ABC, CBS, NBC — I don’t know of any sex scandals at ABC that we know of yet. Charlie Rose over at CBS, Matt Lauer over at NBC, and there were even more than that.