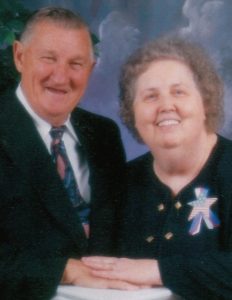 Leatha Pyatt, daughter of the late Homer C. Stokes and Bulah Lee Ramsey Stokes, was born May 17, 1936 in Charter Oak, Missouri and went to be with her Lord and Savior, August 14, 2018 at the age of 82 years.

She was united in marriage June 20, 1953 in Arondall, Missouri to Lonnie Lee Pyatt.

She was preceded in death by her parents; three brothers, Cecil Stokes, Bill Stokes, and David Stokes, and two sisters, Coleen Webber and Alberta Webber.

She was a member of the Pomona Assembly of God Church, Pomona, Missouri. Leatha and her husband had been in the ministry for fifty years. She loved to teach God’s word.