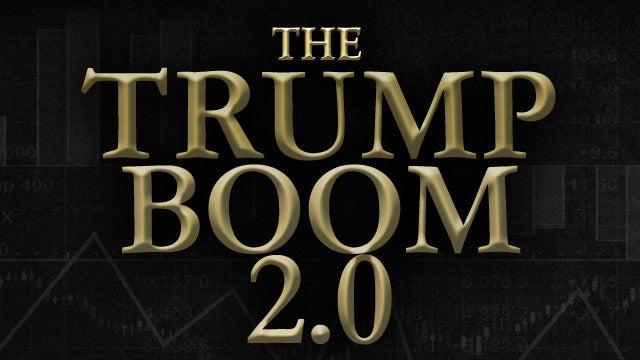 RUSH: I have a topic suggestion for the first presidential debate, by the way. Recovery summers. We’re in a recovery summer right now, aren’t we? We are. We’re recovering from the first wave of COVID-19. It may be, you know, up and down. And we’ve got a president who is attempting to rebuild the United States economy and the economic news, which we will get to in just a minute, is really good.

Reuters try to make it sound like we are almost finished as a country. But remember the financial crisis in 2008. Barack Hussein O gets elected president in 2008 in part because John McCain suspended his campaign when the financial crisis hit. McCain said, you know, it wouldn’t be fair for me to keep campaigning during the midst of the financial crisis. So I’m gonna suspend my campaign. This is like trying to get votes from people feeling sympathy for — I don’t know.

But it didn’t work. Because Obama didn’t suspend his campaign. He kept campaigning and telling everybody what a doddy old guy McCain is. McCain’s out there not knowing what’s going on, and he’s trying to be nice to Obama. He’s not letting people mention Obama’s middle name when they introduce — you remember that. He had an appearance in Cincinnati, and the guy that introduced McCain starts talking about Barack Hussein Obama. McCain fired the guy, said, you don’t ever appear at any of my rallies. (imitating McCain) “We don’t do that, we don’t pronounce his middle name.” Why? It’s his middle name. “It’s discriminatory. It’s racist. Not gonna happen. It’s not gonna happen. Not on my watch.”

Remember, these people were telling us we needed to adapt to a new era of decline, that America’s best economic days are behind us. You know the drill here. So I think a great topic for the first debate: recovery summers. Compare and contrast, Trump and Biden.

Let’s get to the economic Stack here, because the news on the economy today is uplifting. Let me ask you a question. How does an economy recover from a virus that causes blue states to shut everything down? Is this virus not amazing? This virus, COVID-19, the coronavirus had blue state, i.e., Democrat governors racing each other to shut down their states and then to keep them shut down when other states were reopening or trying to.

So the question, how does an economy recover from a virus that causes blue states to shut everything down and then permit civil unrest that further destroys these states and cities? The answer to the question is you reelect Donald Trump. Trump’s magic wand, as Obama referred to it, not only works with manufacturing jobs, Trump can overcome a pandemic panic. This just highlights what a disastrous week that has been for Joe Biden.

First his obvious racist comments about black Americans and Hispanics and diversity, and now a good jobs report. Here, Fox News. Let’s look at them first. The headline, the Fox News story on this: “U.S. Hiring Tops Expectations, 1.8 million jobs added as unemployment rate falls to 10.2%. Economists surveyed by Refinitiv expected the report to show that unemployment dropped to ten and a half percent.”

But it’s even better than that. So, once again, the experts are surprised, the experts are a little shocked because the economy performed much better than they forecast. “U.S. economy added 1.8 million jobs in July even as a wave of new virus cases forced most states to pause or reverse their reopenings, causing a slight pull-back in hiring.” And yet even with a slight pull-back in hiring and with more states pausing their reopening, we still added 1.8 million jobs.

“The payroll increase reported today by the Labor Department was below the 4.8 million jobs created in June, which was the highest recorded. The unemployment rate fell to 10.2%, down from 11.1% in June.” That’s the Fox News version.

Here is the CNBC version. “U.S. jobs rise by 1.8 million in July versus 1.48 million expected. Two months of record-settings payroll growth slowed a little bit in July but was still better than Wall Street estimates even as a rise in coronavirus cases put a damper on the struggling economy.”

So you see CNBC is trying – they’re reporting factually accurate news, but then they try to put some shade on it. It isn’t that good, it isn’t that good, we got the virus out there, and the virus is getting worse. You know how you can tell the difference between the Trump economy and the Obama economy? When jobs reports were released under Obama, the news was always, “Unexpectedly bad.” Trump’s job reports are always “Unexpectedly good.” And unexpectedly bad, that’s what the Obama administration wanted.

Remember, they are touting themselves as the experts in managing an economy in a new state of decline. We’d better adjust our expectations. We’d better learn to adapt. America’s best economic days are behind us and some of those days are not legit. You know the drill by now. And so when the economic news came out during the Obama years, that it was worse than expected, that was workable. We could work with that. We can live with that.

But that’s the difference. When jobs reports came out under Obama the news was always worse than expected. The jobs reports, the economic reports are always unexpectedly good with Trump. Today’s jobs report, fantastic news, on balance. I’ll tell you why. Despite the best efforts of blue state governors and mayors, the country is getting back on its feet. While the virus is doing what it’s doing, while the virus is spreading, while it’s doing what it’s doing, the economy is — What does this tell you?

I’m gonna tell you this. This economic news in the Democrat side of things, they’re looking at these states — Minnesota, Oregon, the state of Washington, New York, New Jersey, Connecticut, Illinois — they’re looking at all of these states and their continued shutdown to continue to depress the American economy so as to hurt President Trump and his reelection bid. You people live in these blue states, you have to understand something. You are suffering because your leaders are purposely keeping your state shut down. And they are keeping your state shut down and your cities shut down to hurt Donald Trump.

Now, let’s see. This is Reuters. This is the worst of the bunch. “July U.S. employment growth slows sharply. U.S. employment growth slowed considerably in July amid a resurgence of COVID-19 infections, offering the clearest evidence yet that the economy’s recovery from the recession caused by the pandemic was faltering.” So on balance the economic news is being reported as what it is. Reuters had to try to throw cold water on it. Your phone calls are next when we get back.