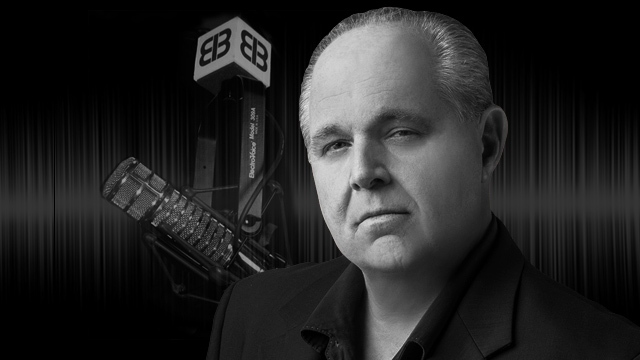 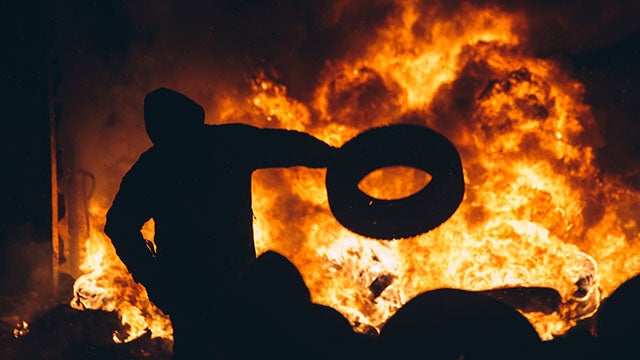 RUSH: We’ve gotten to a dangerous point here where the left refuses to accept election outcomes — and, folks, that cannot lead to anything good. That has always been the glue that’s held us together. Frankly, at times I’ve marveled that the country has held together the way it has for as many years as it has, given the only thing that really holds us all together is a piece of paper or a series of pieces of paper: The U.S. Constitution. 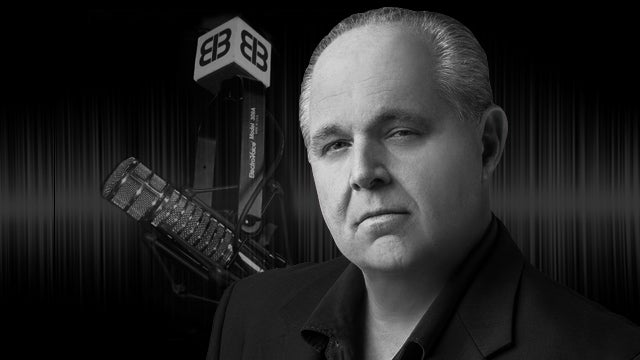 The honor system and the reverence, the respect for that document is what’s held us together. In all of our years, we have never elected a despot or a tyrant who wanted to literally rip it up, throw it away, and establish his own tyrannical dictatorship. It’s amazing. But we’re getting dangerously close to the same thing happening when one of our political parties refuses to accept election results, for whatever reason! They make it up. “Well, it was stolen! The Russians this or that.” Doesn’t matter.

When they refuse to accept, it means that there really isn’t any unity around the premise of our country. And we may not unify issue to issue to issue, but we always have been unified about the premise of America as founded. That’s what’s under assault today, and that is what is, in my mind, profoundly dangerous, and we are raising (and have been since the seventies) generation after generation of students who have been taught things that have nothing in common with the founding of the country.

We have not taught children. You go back to the days when we learned that in junior high, intramural football and softball, nobody won, that there were no outs in baseball. No kid ever struck out. The kid hit until he hit the ball and put it in play. There were no losers. There were no winners. Outcome-based education: 2 + 2 = 5 if you thought it was 5. We weren’t gonna humiliate people who were wrong. The people who were really smart in school? We were gonna slow them down. “We’re not gonna service their superior ability to learn.

“We’re gonna slow them down so as not to offend anybody else,” and we’ve now gotten to this point where kids have been raised coddled. They have been taught phony notions that self-esteem today does not derive from achievement and accomplishment. It derives from “I have a right to have self-esteem.” Parents have been teaching little kids, “You’re perfect, Little Johnny. You’re perfect, Little Susie,” and they’re not prepared for adversity.

So when nobody has been raised to deal with adversity, which in this case is losing an election, we have temper tantrums. We have childlike, snowflake behavior on college campuses. And we have a political party that’s behind all of this! Right now, it’s rooted in the failure to accept the results of an election. That is ongoing, and now on Twitter, as I said, you can find posts by Hollywood people promising that there will be blood if the Democrats do not win the House back. There will be blood.

So people are being threatened. Not directly, but in a generic sense. All of it is designed to limit turnout. I think it’s having the exact opposite impact on people. I think the left and the Drive-By Media continue to misunderstand who Trump voters are, why they are Trump voters, and why they aren’t going anywhere. Let’s see. We’re also here being told that we need a new kind of civility, that the Trump presidency and all of his supporters are promoting all this incivility and violence and so forth, when it could be said that it’s the exact opposite.

Look, the reason why I’m harping on the fact people refuse to accept election results, is it’s profoundly indicative of who they are, and it’s a large explanation of why they’re behaving as they do. Their refusal to accept is not just because Trump won. It’s not just because they hate Trump. It’s more than that. It’s because they lost. They were fully expecting to win, and they didn’t, and so they simply refuse it because it’s not a matter of thinking. It’s a matter of feeling. They don’t feel happy. They don’t feel good.

When they feel bad, then something’s not right — and that’s also been part of the education system. So look at some headlines. “Tom Steyer Runs a Facebook Ad Comparing Trump to Saddam Hussein.” This is from what I’m calling the New Civility and Let’s Tone It Down Stack. The Democrats on the left and the Drive-Bys are telling everybody, “We need to tone it down.” They told you Trump, “You need to tone down the rhetoric, Dude! You’re causing all these people to engage in violence.”

Trump said, “I thought I had toned it down. If you need me to tone it back up, I will.” They went bonkers. So here comes, “eft-wing billionaire Tom Steyer,” who is one of these environmentalist wackos who hopes to make a killing in this fraudulent hoax of man-made climate change. “Steyer is running a Facebook ad comparing President Donald Trump to former Iraqi dictator Saddam Hussein. The ad features a three-minute long video that accuses the president of following a ‘dictator’s playbook’ modeled by tyrants like Venezuelan dictator Hugo Chavez and North Korean dictator Kim Jong Un, in addition to Hussein.

“The ad describes Trump as a ‘malignant narcissist’ and claims he is perpetuating ‘systemic misogyny.’ The video claims Trump’s support for a border wall and attacks on the media make him comparable to dictators…” Dictators don’t attack the media; they own the media! Dictators don’t spend their time ripping the media because they are the media! Trump isn’t a dictator. Not even close to it. It seems like only yesterday, doesn’t it, the Drive-Bys were blasting Trump for tweeting that Steyer comes off as a crazed, “stumbling lunatic”? (chuckling)

Yet here he is. Washington Post yesterday: “Trump Mocks Democratic Megadonor Tom Steyer, the Target of a Pipe Bomb, as ‘Stumbling Lunatic.’” Now here comes Tom Steyer bumbling along like a lunatic comparing Trump to a bunch of tyrants! “Jeff Flake said Monday that it’s unlikely that President Trump would change his rhetoric, but elected officials should call out him and his supporters on ‘out of bounds’ tactics.

“Bill Nelson,” running for the Senate in Florida, “Compares Current U.S. Political Climate to Rwanda Before Genocide” there! “‘When a place gets so tribal that the two tribes won’t have anything to do with each other … that jealousy turns into hate,’ Nelson said. ‘And we saw what happened to the Hutus and the Tutsis in Rwanda, it turned into a genocide. A million-people hacked to death within a few months. And we have got to watch what’s happening here.’

Well, we gotta give him his due. Senator Nelson knows Democrats best. I guess his concerns should be taken seriously. He may know what they’re capable of. After watching the Gosnell movie, I think anything’s possible with the Democrats when they start hacking away at people. But given Senator Nelson’s fears, folks, play it safe and vote straight-Republican ticket. Why take the chance of mixing pro-Gosnell Democrats with Republicans? 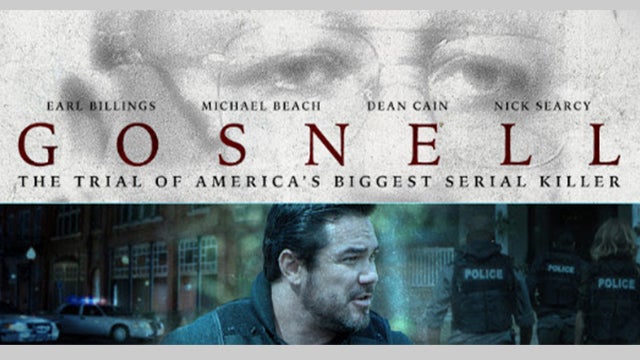 Democrats, aren’t they protecting MS-13 gang members in sanctuary cities? (interruption) Well, hey, I’m not startin’ anything. I got here today; I was in a fine mood. I was looking forward to a lot of things today. And, as usual, I start doing show prep, and I find people I love — people I believe in, things I believe in — once again are under assault by the American left. What am I to do? So we sit here and we defend. We are then accused of being the violent, dangerous element, when all we’re doing is defending!