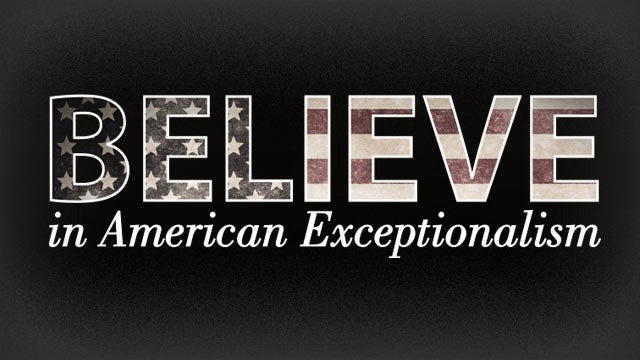 KEN: My name’s Ken, and I was talking with the EIB team, and I said, “I remember when I started filling in.”

This was precancer, and each step of this journey with the Rush family has been different. And here we are, but the uplifting thing is we’re celebrating Mr. Limbaugh’s life and wisdom. I have been asked on several occasions locally in Pennsylvania where I do my show, “What are the words that come to mind about Rush Limbaugh?” And I keep going back to the word “gracious,” which he has spread through the entire staff.

If you can imagine an entire staff, an entire mind-set of gracious, approachable class. I’m sure you all heard Kathryn on Monday. So I have to say, there’s no place I would rather be today than with a whole bunch of Rush Limbaugh fans, but I started listening in ’89, I think. And I think you’re going to enjoy this. I know you’re gonna enjoy it. The team has put together something that’s amazing, and I’ve been going through and researching it.

I forget the ability that Rush had to explain something, and sometimes I don’t think he even realized he predicted something. One of the things I enjoyed most was his pushback, if you will, on the left rewriting history. So what did he do? He came up with this great book series, the Rush Revere Time-Travel Adventures, and I was looking at them on the website today.

And I remember getting them for my sons, who are now 16 and 19, and they’re both taller than me and they will not stop eating. But I have the collection, and it’s a beautiful collection. So, I think, let’s open the show with just a great example of Rush explaining how wonderful you are as Americans and why it’s so important to keep teaching how great the foundation of America was and continues to be. Go ahead.

RUSH: Folks, this next story is another reason why, among many others, that I and my wife, Kathryn, have decided long ago to write these Rush Revere Time-Travel Adventures with Exceptional Americans children’s books. And we’re being validated. Every day there’s a news story about how we made the right decision here to write history books for young people telling them the truth about the founding of this country, because it’s not being taught.

And in places where it’s being taught, it’s trying to be untaught or unlearned. From the Charlotte Observer. “NC Board of Education Hears Debate About American Exceptionalism.” Folks, this is why, in the political realm that we find ourselves in — the cultural realm, why — it’s so hard to win, because it’s a constant battle. The left never — listen to this.

“The question of whether high school students should be taught that America’s status is ‘exceptional’ compared with other nations dominated debate Monday over the redesigned Advanced Placement U.S. History course. Larry Krieger, a retired history teacher and national activist, urged the State Board of Education to demand that the College Board revise the AP U.S. History course because its 70-page framework omits the mention of ‘American exceptionalism’ that was in previous guidelines.” This guy wants it put back in.

“Instead of teaching that America is ‘a force for good in the world’ and stands for democracy and freedom, Krieger said, the new course is designed to promote a globalist perspective,” and basically teach what Obama runs around saying (imitating Obama), “Well, there’s no difference. Ours is just a nation in the world. I’m sure they think they’re exceptional in Belgium. And I’m sure they think they’re exceptional in Great Britain. We have no right to say we’re exceptional. We’re no better than anybody else,” which totally distorts the meaning of American exceptionalism.

They’re trying to take the whole concept of American exceptionalism out of the advanced placement history curriculum all through North Carolina. That’s why we’re doing these books, folks, because there is a thing called American exceptionalism. But it’s been misdefined. It is not that we are better people. But that’s how it’s being portrayed, and that’s how the left is attacking it. The left’s got many core beliefs, but one of them is, we’re all the same. Nobody’s better than anybody else. We’re all equal.

Nothing about it says we’re better than anybody. Nothing about it says we’re superior. What it acknowledges is that freedom is the natural born state that we all have, that every human being has a yearning in our spirit to be free, that that’s how we’re created. The United States documents this. But another definition of American exceptional, which is one that I prefer just as much, is this: The history of the world is bondage. The history of the world for human beings is oppression.

The closest you could get to it would be the Magna Carta back in the 1500s. But that was merely a statement on the human condition. It really didn’t have a lot of governmental power behind it. It wasn’t until the Founding Fathers came along with the founding document, the Constitution preceded by the Declaration of Independence, which defined what it meant to be a human being in the world. And the United States therefore became the exception in the world for the human condition, the only place founded, the only place that existed under the premise that all people are free, created that way, God-given rights: life, liberty, pursuit of happiness, all that. That’s the exception. That’s the exceptionalism.

That’s why we’ve written the books. They’re fun, by the way, too. They’re historically accurate. Even adults are telling U.S. on our Facebook page how much they’re learning reading our books. That’s great. It’s such an affirmation. But it’s also needed, because this kind of garbage is happening all over, not just North Carolina. American exceptionalism as a premise is under attack everywhere. It’s under attack on the basis that it means we’re better people, like as in better DNA, and superior DNA.

That’s not at all what it is. America’s where everybody wants to go to escape the way they have to live. That’s why they want to come here. And what if America ceases to be that, there’s no place to escape. Another way of illustrating just how exceptional the place is, why it’s worth preserving, which is what we are all trying to do.

KEN: You know, it’s amazing as you look around at what’s happening today, as you look at the giant fences — 10-, 12-, 14-foot fences around our Capitol, Washington, D.C. — and to hear Rush’s words. I love going back through some of his transcripts over the years. By the way, if you go to RushLimbaugh.com — and this is what I did. I think it was on Tuesday.

Yeah, it was Tuesday, ’cause Todd was guest hosting, and I put up the website, and I scrolled through it while listening to Rush. And on the very home page you’ve got the Dittohead Wall of Fame, behind the scenes Team Rush Spotlight, Team Revere Favorites. And as you listen to Rush and you scroll around the website you see America on the front page.

It’s beautiful. And something else I really like about the books is they’re heavy. No, they really are. This is not… Again, it goes back to everything EIB does — everything Rush Limbaugh and Kathryn did — was quality. It was sincere, it was accurate, and you can learn from it. Imagine if schools did that. That would be great.