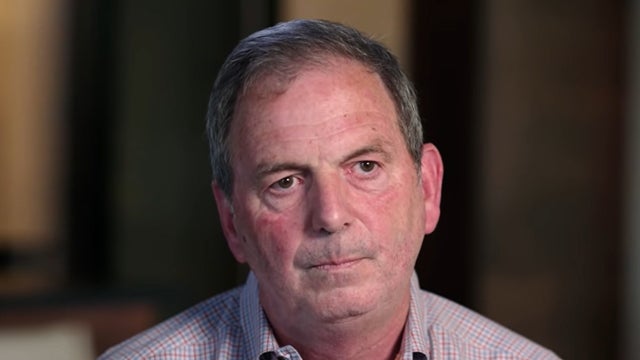 RUSH: We move on now to the Never Trumpers. The Never Trumpers, folks, I have to tell you… These are the so-called conservatives who hated Trump on the basis of his morality. That’s what they said. “Trump’s morality is just unacceptable. It’s so far beneath what we would tolerate. It’s just… Ew! We can’t stand to be in the same room with Donald Trump. He’s a pig, an ogre.” 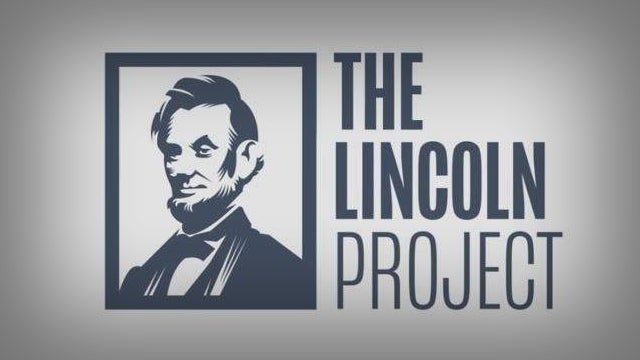 They just went on and on and on with it, and what has happened is kind of funny, but, at the same time, it’s a little sad, puzzling. All of it is predictable. About half of the Never Trumpers that are speaking up claim to be shocked that Biden is going so hard left. Now, this, folks, is one of the many reasons why I never respected these people.

The other half, or a close percentage of half, of the Never Trumpers are admitting that they’re leftists and they have been forever. They were originally Democrats and then they became conservatives ’cause of Reagan, and then that didn’t work out. But they admit to loving left-wing money. See, that’s the key.

They loved big-time left-wing donors to their phantom, not-in-existence-yet magazines, or blog sites, or wherever it is that they want to put down stakes and grow some supposed media enterprise. They can’t do it without money that they don’t have. So they have turned into people that love left-wing money. They absolutely love it, and so that’s what we are dealing with in terms of who these people are.

Now, there is a story in the New York Times. “Lincoln Project…” That’s the Never Trumpers. “Lincoln Project Cofounder Accused of Grooming Young Men for Sex.” (Gasp!) Who could this be? Does the name John Weaver ring a bell? “Political consultant John Weaver is accused of soliciting young men for sex in exchange for jobs.” This is according to author Ryan Girdusky.

“…’deplorable and predatory behavior’ after a New York Times report detailed a history of alleged predatory behavior. The Lincoln Project disavowed its co-founder after a Times report featured interviews with 21 men who accused Weaver of sending ‘unsolicited and sexually provocative messages online to young men, often while suggesting he could help them get work in politics,’ including an alleged victim who was only 14 years old.”

Now, remember, John Weaver was the cofounder, one of the head grand pooh-bahs running around for the last four years telling everybody what a reprobate Donald Trump is. “Donald Trump doesn’t have any business being president. He’s got horrible morality! We can’t have somebody like this representing the Republican Party.”

These people in the Never Trump crowd were hell-bent on disqualifying Trump because of his lack of morality — his lack of decency — they said. We can’t have someone like this undermining the constitutional requirements for the chief executive! In its statement, the Lincoln Project wrote, “John Weaver led a secret life that was built on a foundation of deception at every level. He is a predator, a liar, and an abuser.

“We extend our deepest sympathies to those who were targeted by [John Weaver’s] deplorable,” there it is again, “and predatory behavior. We are disgusted and outraged that someone in a position of power and trust would use it for these means.” Grab sound bites number 5 and 6. Here’s Weaver on March 7, 2017, Brown University, Providence, Rhode Island, during a panel discussion on the future of the Republican Party.

WEAVER: To continue to try to divide us based on, uhhh, some false narrative is morally wrong. He’s degrading the White House! He’s not telling the truth. That’s not conduct that anybody around here would excuse. You don’t accept it with your five girls. I don’t accept it with my two kids. Why do we want to accept that as president?

RUSH: There he is. John Weaver, who has just been excommunicated from the Never Trumpers because of his “predatory and deplorable” behavior towards young men, October 20, 2020, 60 Minutes. Lesley Stahl said to John Weaver, “You feel the Republican Party has betrayed you.”

WEAVER: We’ve gone from caring about character, rule of law, defending the Constitution. Imagine if you travel the country for 30 years fighting for Republican principles and you learned it was all a lie.

RUSH: Isn’t that just juicy? Speak of juicy, you’ve got… I can’t find it. I had it right here. You’ve got the George Conway sound bite, right? (interruption) Just arrived. Okay, stand by on it, because George Conway… You all know who George Conway is? He’s the husband of Kellyanne Conway. He’s out there ripping Trump for his immorality and his indecency and he’s embarrassing.

Oh, my God. That’s just exactly the kind of stuff that Weaver’s been saying here. “George Conway…” This headline, by the way, is from TheHill.com. “George Conway on John Weaver allegations: ‘I didn’t really know John very well.’” Ahem. (sputtering impression) “This is all kind of a bit of a surprise to me. I didn’t know John that well.” Oh, isn’t this convenient! 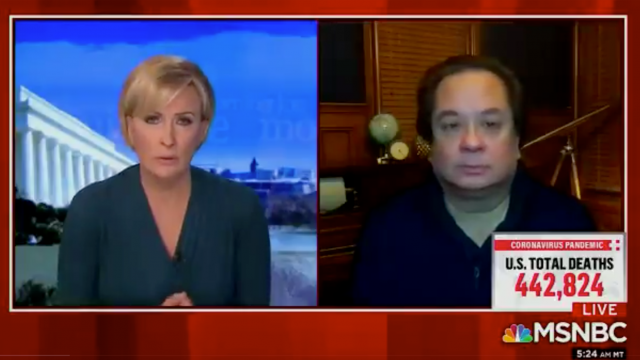 CONWAY: Yeah, it’s terrible and awful and appalling and unfathomable. (sputtering) I — I — I didn’t know John very well. I, frankly, own spoke to him a couple of times on the phone early on in the Lincoln Project.

RUSH: What do you mean, you don’t know what to say?

CONWAY: And, um… (silence) I… It leaves me speechless, frankly.

Anyway, these are the people… Half of these people have now decided they can’t believe how fast Biden’s gone left; the other half say, “You know, I don’t care. I don’t care, ’cause I love left-wing money. We couldn’t get by without it,” which they have been demonstrating the past four years.

RUSH: (George Conway impression) “I didn’t know John very well. I didn’t know the guy was out there hitting on young guys. I certainly would have objected if I had known about it. But we gotta get back to Trump and what a rotten SOB Donald Trump was. Donald Trump was ruining America, not John Weaver. John Weaver’s a nobody stink bomb. We don’t need people like that around.”

This is just incredible. They all knew, and every one of them… Some of these little sycophants are out there are sucking up what little they can to maintain their warped status in a corrupt organization everybody calls the deep state or the establishment or what have you.

“I don’t know Weaver very well at all. I really don’t know the guy. Oh, it’s just horrible.” The guy only wrote an op-ed with Weaver a few weeks ago, few days ago. (sigh) But it’s worse than that. The leaders of this bunch are not just John Weaver. They are George Conway, Steve Schmidt — who ran McCain’s campaign. That’s another thing.

I don’t know if they still do, but they did, and then there’s another one in there named Rick Wilson. Now, these guys — Rick Wilson, Steve Schmidt, George Conway, and John Weaver — have appeared on MSNBC 17 times in the three weeks since the Weaver story broke and they were not asked about the allegations one time, and they were on MSNBC 17 times. 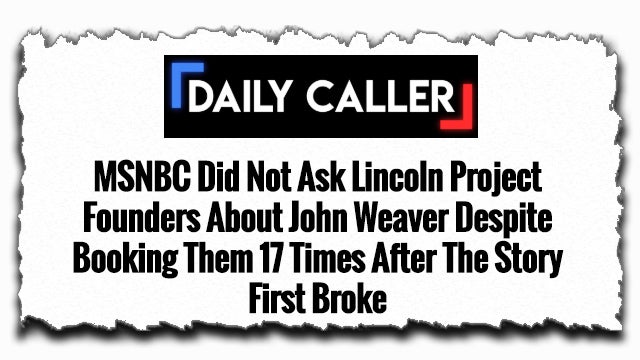 Here’s the headline. This is from the Daily Caller: “MSNBC Did Not Ask Lincoln Project Founders About John Weaver Despite Booking Them 17 Times After The Story First Broke — John Weaver of the Lincoln Project has been accused by multiple men, including a minor, of sexual harassment. Lincoln Project co-founders Steve Schmidt, Rick Wilson, and George Conway have appeared on MSNBC 17 times since the story first broke on January 11.

“They were not asked about the allegations [once!] during any of their interviews.” Now, Ryan Girdusky, whose tweet we shared with you earlier, said that they did know. “Members did know. Young men approached them about the accusations. Members knew I was writing the story and warned John Weaver” about it. So the New York Times writer said they knew about it even though MSNBC didn’t ask them.

This is an Axios story, so you get these capsulating paragraphs. “Why it matters: His venture could capture large audiences seeking to understand America’s troubled political undercurrents.” BS. Anybody who wants to “understand America’s troubled political undercurrents” is already listening to this show. You don’t need a podcast from a bunch of people that have already been corrupted by the deep state, the establishment, what have you.

That’s really the competitive battle that exists in America now. You have the traditional middle class trying to claw its way up to the upper-middle class, which is the way the rules of this country’s economy have always been played by. You work hard, you try your best, you try to play by the rules as much as you can. You’re rewarded for it. You innovate, you’re an entrepreneur, whatever.

Well, that’s now a separate market. The people in the establishment, the elites, they want no part of that. They are attacking that. That’s who they are. That’s what the GameStop story was really all about: A bunch of normalish people found a way to become billionaires inside of a week. “We can’t have that! We can’t have people earning enough money in one day to put their kids through college for four years.

Why do you think they threw in with the establishment? Because they knew once Trump was elected, they were out. Seventy-five million Americans voted for Donald Trump. That’s a signal to them that they don’t have a place in that group of people. So they made tracks out of it, and they pulled up stakes, put down stakes with people in the establishment and the deep state. 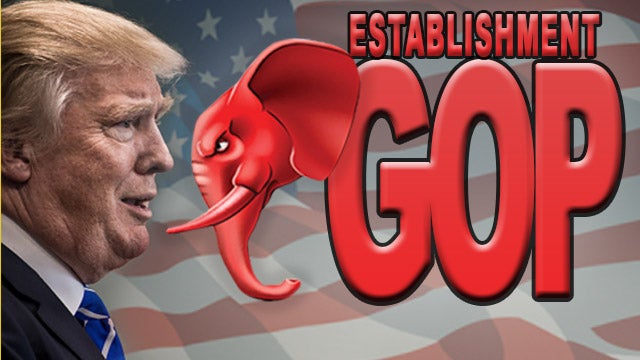 Again, whatever you want to call it. I’m not wedded to deep state just so you know. That’s why I keep giving myself options here. I mean, John Weaver worked for Democrats. People forget that between running McCain’s two campaigns in 2000 and 2008, Weaver worked for the Democrat Congressional Campaign Committee. That’s in the House.

That’s George Conway, whose daughter… The poor girl. A constant meltdown on social media. And now they’re changing the name. They’re getting rid of “Lincoln” and instead of the Lincoln Project, the new company is named “Politicology.” So that’s what these guys are doing, and that’s what they are up to.