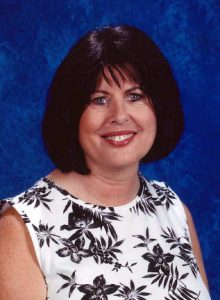 She was born October 8, 1947, at Visalia, California, to John Williams and Thelma Lowe Williams. Linda grew up in San Jose, California where she attended San Jose State University, graduating with a degree in elementary education. She taught school for four years in California before moving to Missouri; she then taught for thirty-two years for the West Plains R-7 School system. On September 26, 1993, she was married at Eureka Springs, Arkansas, to Tim Cates. Mrs. Cates loved being with her family, having her dear friends over, going out to lunches and on small excursions with them. She liked snow skiing, canoeing and riding horses in the mountains of California. Mrs. Cates had been a member of St. Paul Lutheran Church since 1978 where she had been a Sunday school teacher, Sunday school Superintendent, taught Community Vacation Bible School and was a member of St. Paul’s altar guild.

Her parents, father-in-law and mother-in-law, Herman and Joyce Cates, several aunts, uncles and two cousins preceded her in death.