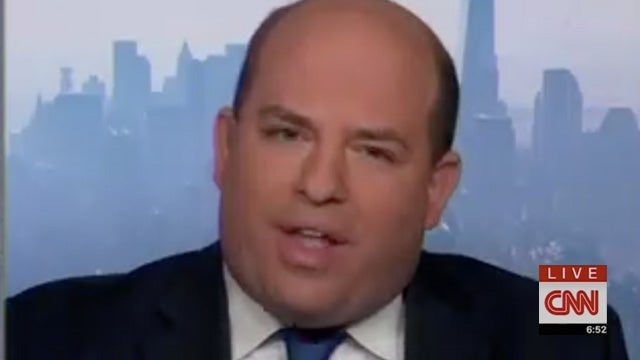 RUSH: It’s our old buddy, Little Brian Stelter at CNN. And this happened Tuesday on CNN’s Newsroom. His own show is on Sunday, Reliable Sources. No. Whatever the name of his media show is. He’s on here with co-anchor Jim Sciutto.

Question: Little Brian, Twitter has now removed 70,000 accounts. Facebook is removing all content that mentions ‘stop the steal.’ Have you ever seen anything like this, Little Brian, in your career? And what is the latest as we see it go forward?” 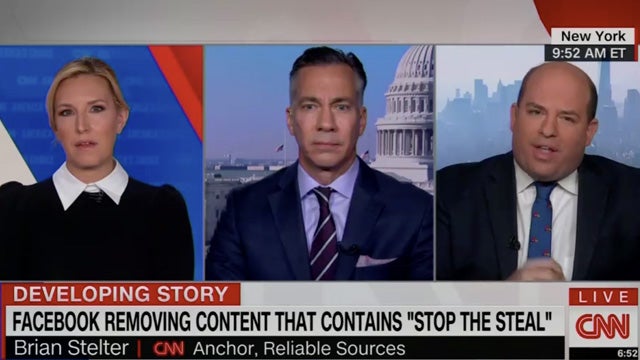 This is astounding. Here you have two media people, First Amendment guys talking about actual censorship at Twitter, and they are marveling at it. They’re not the slightest bit upset. They don’t think that someday they could be next with one wrong turn. They just think this is the most amazing thing. And Jim Sciutto is asking Little Brian if he’s ever seen anything like this before. And what is the latest as we see it go forward?

Now, I’m gonna tell you something. Back in the old days John Chancellor, Huntley and Brinkley, Cronkite, you try this on them, if there had been social media — well, I say that, but, you know, I mean, these guys, these old guys were as big a left-wing bunch of liberals as this current crop is. But they were working in an environment where it was necessary that they fake it.

They had to fake being objective. They had to fake having no opinions. They had to fake not being liberal. David Brinkley, one thing I can say, would not put up with this. But these people are just marveling at it. Now, listen to Little Brian answer the question here. Again, the question: “Have you ever seen anything like this, Brian, in your career? And what is the latest as we see it go forward?”

STELTER: ISIS is the only parallel. That is a similar conversation that Facebook and Twitter and other companies are having now. They are wiping away the lies: “Stop the Steal” lies, QAnon lies. But as we all know lies beget more lies. In fact, lies are used to cover up old lies. So in order to —

STELTER: — cover up what happened, what went wrong last week you say, “Oh, it was Antifa,” that’s what the President is doing and he’s probably going to repeat that lie today. These companies are addressing supply but not demand, and demand is the harder part. Hatred and resentment and fear of the other, the vitriol that leads to violence, the whitelash (sic) in this country, the anti-democratic streak. I just fear there’s no way to delete that. There’s no way to delete those feelings. That’s where you need leadership from trusted figures, the Rush Limbaughs, the Ted Cruzes of the world.

RUSH: Are you kidding me? This is insanity. He is now comparing 75 million of you, 75 million Americans who voted for Trump to ISIS and then says it’s up to me to delete your feelings, as though you’re just a bunch of mind-numbed robots. You don’t have thoughts of your own. You know, Brian, you know these people are independent thinkers, and you know — maybe you don’t know. These people have believed what they believed long before I came along, Brian. The only thing is that, when I came along, there wasn’t a voice in national media echoing what they already believed.

There’s no way to delete the feelings, the whitelash — not backlash — the whitelash in this country, the anti-Democrat, you white people, white privilege, white supremacy, you are causing a whitelash. And it’s up to me, a respected figure, and also Ted Cruz, another respected figure to somehow delete your feelings. Delete your feelings. Leadership, trusted figures. Well, at least it’s good to know that I am still a trusted figure.