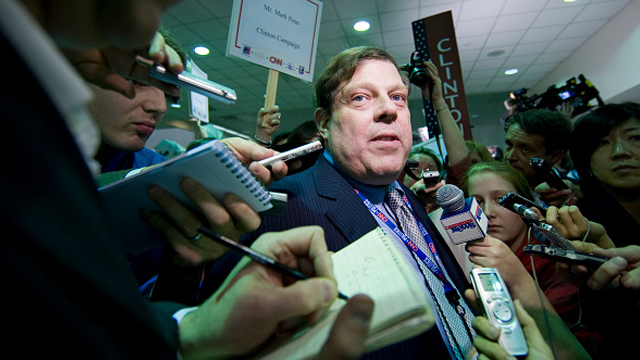 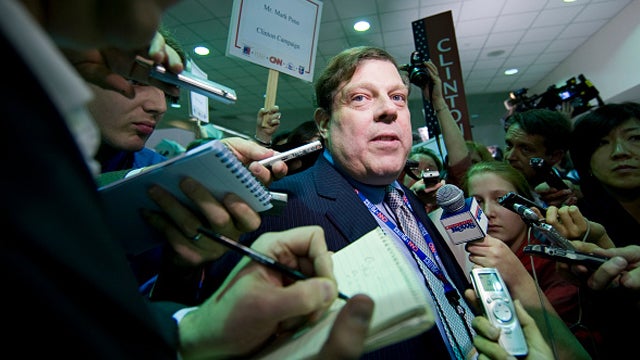 RUSH: Audio sound bite number 10, Mark Penn, we have a couple of these. Mark Penn is now the pollster at Harvard, the former pollster for the Clintons. He’s been writing some very, very smart stuff on the special counsel attacks, investigation into Trump. He was on with Maria Bartiromo today on the Fox Business Network.

And Maria Bartiromo’s question, “In your op-ed –” and he had a great one this week, which we highlighted and quoted several pull quotes to you “– in your op-ed, you wrote this: Contrast what’s going on here with the treatment of millions of dollars paid to a Democrat law firm –” that’d be Perkins Coie “– which in turn paid out money to a political research firm, Fusion GPS, and the British spy Christopher Steele without listing them on any campaign expenditure form, and yet no prosecutorial raids have been sprung on the law firm or on Fusion GPS or on Steele. The reason, it doesn’t get to Trump. And all of this is about getting to Trump. So tell us, Mark, what you see is happening.”

PENN: What I see is that associates of Trump are being targeted, and they’re taking unrelated issues to try to force them, and I think in the code case, to plead to things that I don’t even think are crimes. Whether or not these nondisclosure agreements were sought are personal expenses. This was litigated in the Edwards case, it was ruled by the FEC, we went through an entire year with President Clinton and impeachment over similar matters. The country rejects this. And at the same time if someone were really concerned about FEC reports suddenly raising them up to criminal prosecutions, one would be concerned about the millions of dollars that went to the law firm, was not disclosed, that it went to sponsor the dossier, which was an important matter in the election.

RUSH: Translate: What he’s saying is, look at the real criminality that occurred out there, including campaign finance violations left and right with Hillary paying for the dossier and hiding the money, having it run as a cutout through the law firm, Fusion GPS, too, and then having all of that used as legitimate intelligence supposedly in order to get a warrant to spy on the Republican campaign, where no investigation of the Democrat campaign has taken place at all.

So he’s talking here about the two-tier’s justice system that we have. He’s right on about it. Maria Bartiromo next said, “Well, we want to see some honesty in these investigations, and that’s why it’s important to point these things out. But it’s just gotten so political, Mark. You don’t just launch an investigation when there’s no evidence. You don’t wiretap somebody for no reason ’cause you don’t like the guy.” Now, look. The importance of this question, when she says, “You don’t launch an investigation when there’s no evidence.” That’s exactly what they did. But it gets worse.

They launch an investigation telling everybody it’s to find collusion by the Russians to help Hillary lose the election, right? They look at that for a year, and they don’t find anything! There is no evidence! So what do they do. Well, you would think they’d shut it down, write a report saying, sorry, we can’t find any evidence.

As Rosenstein has said over and over, none of their investigations have discovered any vote being changed, the outcome of any election being affected, nothing happened. Shut it down. They didn’t. Now they’re literally trying to destroy Donald Trump. And now going into his business. And using the State of New York to do it means whoever ends up getting caught in this cannot be pardoned.

That’s why Mueller is handing off so much of this to New York, because whenever they convict somebody there, Trump cannot pardon them. And that means that it’s gonna be much easier to flip them because that’s the only route they’re gonna have to escape any kind of serious punishment or what have you, like the CFO of the Trump Organization, who was hired by Trump’s dad, has now been given immunity. This guy cannot be pardoned. Well, he’s got immunity so he won’t be guilty of anything.

And the way they’re gonna do it, they’re not gonna stop looking, and they’re not gonna stop turning over stones until they find somebody, whoever, that says, “Yeah. Trump shouldn’t have got that tax. Yeah, Trump paid these people under the table.” “Yeah, Trump did this.” “When?” “Back in 1997.” “When?” “Back in 2002.” “Anything recent?” “Well, no, but it doesn’t matter.”

They’re not gonna stop ’til they get somebody saying this stuff. And it won’t matter if they find somebody that offers contradictory evidence. That person will never be allowed to be heard from. None of this is ever gonna get to court.