RUSH: Grab sound bite number four. I don’t believe this. This is a media montage from this morning of a bunch of people talking about the need to get back to work.

PAUL ROMER: Democrats, Republicans, everybody wants to go back to where we were.

DANA BASH: Everybody wants to get this country reopened.

ANNE RIMOIN: Everybody wants to get back to work.

KATHLEEN SEBELIUS: Everybody wants to get back to work.

CHUCK TODD: Everybody wants to get out of this.

WHOOPI GOLDBERG: Nobody wants to be out of work.

STEPHANIE RUHLE: Everybody wants the economy back open.

JOHN KERRY: We all want to see the economy opened. Everybody does.

MARIA BARTIROMO: Everybody wants to get back to work, but you really have to be careful.

RUSH: Okay, Paul Roemer, he is the former World Bank chief economist. Then we had Dana Bash in there, Kathleen Sebelius, F. Chuck Todd, Whoopi Goldberg, John Kerry, who served in Vietnam, and Maria Bartiromo.

I’m sorry. Some of these people do not want to reopen. Chuck Todd is one of them, and Dana Bash is another. They’re reveling in the fact that this economic collapse is hurting Trump. Where is this pressure to reopen? I don’t see it. That’s my whole complaint. Believe me, if there was a massive push to be reopened, we would be reopened, we’d be on the way to reopening.

RUSH: Here’s James in Troy, Ohio. Hi, James. Nice to have you with us on the program today. Hello.

CALLER: Hi, Rush. Thank you, 28-year listener. So we have big problems in Ohio. Some poll says 80% of people here love what Mike DeWine is doing with the lockdown. Mike DeWine is a RINO, Never Trumper, but worse, he’s letting his health director run everything, Amy Acton. She is a pro-abortion, used to be an Obama activist, and she’s treated like royalty. She’s like Fauci on steroids. She has fan clubs on Facebook. And they love this, 18 more months is great. Nobody seems to care.

RUSH: Let me ask you a question. This is a very, very important question. You said that 80% support DeWine.

RUSH: Are you saying that the 80% support DeWine because they support the lockdown that —

RUSH: — he has in force and therefore — 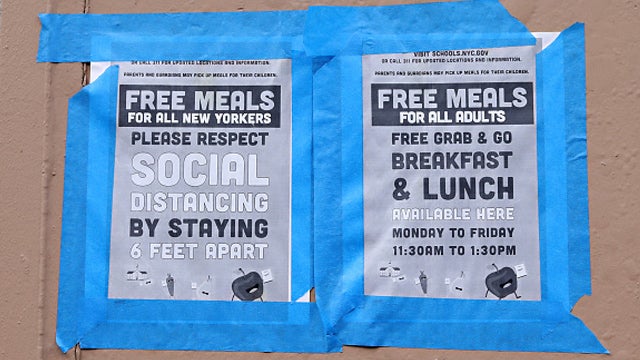 CALLER: Yeah, people have no problem with this. I’m assuming they’re getting a paycheck right now. I don’t know. I don’t get it. I mean, there’s a handful, yeah, protests and stuff. But most people are just drinking the Kool-Aid. Can’t tell ’em anything.

RUSH: Yeah. Well, there’s gotta be an explanation. They’re either supporting him because they’re just being party loyal or — or — because supporting DeWine may not mean they support the lockdown. It’s possible —

CALLER: A lot of Democrats do.

RUSH: Well, of course you’re gonna have a lot of Democrats that support — The Democrats, anything they think is gonna hurt Trump, they’re gonna support it. And I don’t know what the welfare state is, the circumstances are. A lot of unemployment checks have not arrived. And we hear stories all the time about how people don’t have more than $500 bucks in their back pocket for an emergency. So I have no idea what people are living.

This is why — you know, I could be all wet. I could be feeling sorry for people and be wasting my time. But I’m sitting here assuming that after two and a half months of this with people’s livelihoods shattered, their careers in some cases blown up, their jobs shut down, I’m thinking a lot of people are hurting. I’m thinking a lot of people are unhappy and miserable and wish there would be an end to this and that I don’t see a lot of sympathy. I haven’t seen it yet.

And so I’m sitting here feeling — ’cause I’ve been there. But maybe that’s not how people are reacting to it. Maybe I’m wasting my sympathy. I hope not. I really hope not ’cause this is — and I’ll tell you something else, James. You may have a survey that says 80% support DeWine, but let me just ask you. Do you think we’ve gotten to a point where 80% of America actually doesn’t want to work and doesn’t think they ever again have to?

CALLER: There’s an ice cream store in suburban Columbus, the sign on the marquee says: “Drive-Through Closed, DeWine-Acton Fans.” The small business itself is supporting this guy that’s shutting them down. I mean, when you get to that point, I don’t know how to answer that. How insane that?

RUSH: Well, I’m just using common sense. I don’t think 80% of the country wants to sit on their butts with no income coming in. But I could be wrong. I mean, we know that 44, 45% of the country is gonna vote Democrat. I mean, right there, what does that tell you about ’em?