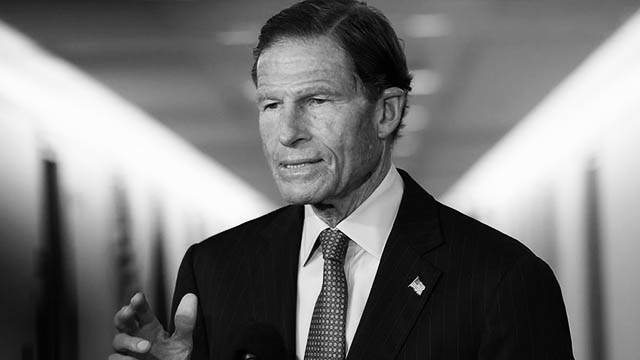 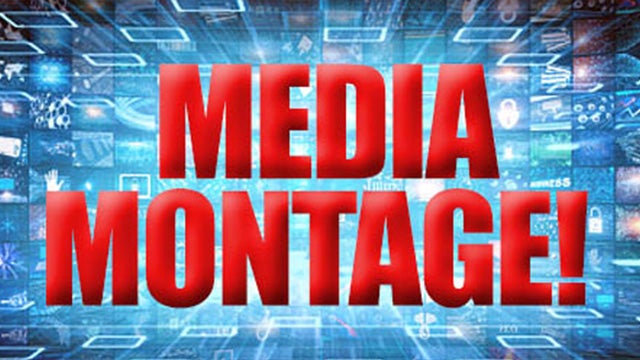 RUSH: Yeah, Da Nang Dick. Dick Blumenthal makes it all up, lies about serving with valor in Vietnam and the Marines, totally made it up. He’s a senator from Connecticut. 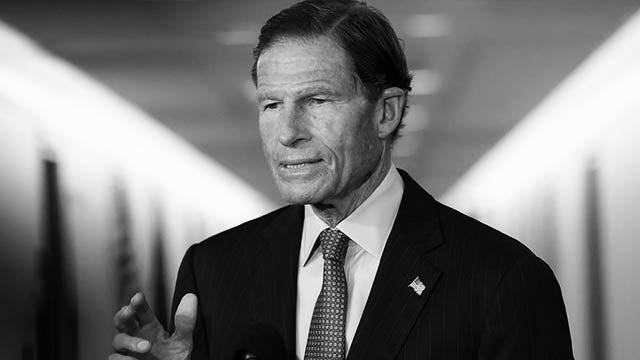 And he started a phrase out there to describe what’s happening in America here, and the Drive-Bys have picked it up, and it’s another illustration — remember our gravitas montage when Cheney was chosen to be Bush’s vice president, 80,000 media members in the next two hours said it was a choice proving gravitas. It was classic of the groupthink. Well, there’s a new phrase that Blumenthal started, and it has been picked up by all the Drive-Bys.

I asked Cookie to put this together earlier today. She got it done lickety-split. You know how back in 2000…? We were the first to start this, by the way.

In fact, if I’m honest, we were the first to start a bunch of stuff that then got emulated elsewhere in the media. This program, my TV show was The Daily Show until Comedy Central picked it up and gave it a leftist tint. We played video clips of crazy left-wingers and had funny, insightful things to say about it. But because it was conservative, it was ignored by the Drive-By Media. Well, back when George W. Bush named Dick Cheney as his vice presidential nominee, I noticed that the Drive-Bys — and it must have been 80 people.

The first day, they talked about how the choice added “gravitas,” because Bush, of course, was such a weak nothing. Bush was a stupid, dumb, idiot Texan cowboy, according to the media, and picking Cheney gave him “gravitas.” So we put together this montage that kept growing and growing of every media person in the world using it. It was uncanny. Well, that begot a trend that we started, and now everybody puts together these montages, and we do too — and I noticed the latest one. Da Nang Dick, Senator Richard Blumenthal of Connecticut.

He was out there on television saying that getting rid of the attorney general, Jeff Sessions, and some of the other stuff that Trump is doing is “a break-the-glass moment.” He is a Democrat politician. He is a senator from Connecticut, and we put together a montage of a bunch of media people now picking it up, and there’s also another one. “Slow-motion Saturday Night Massacre” is another term that has been invented in the past couple of days to describe Jeff Sessions being asked to resign as attorney general.

So we’ve put together a montage here. It’s just getting started, but it’s just to illustrate how this stuff gets picked up and how it happens…

RICHARD BLUMENTHAL: It is a break-the-glass moment. It should precipitate exactly the kind of firestorm that we saw in the wake of the Saturday Night Massacre.

JAKE TAPPER: We are all going through a slow-motion, multi-monthed (sic) Saturday Night Massacre.

RACHEL MADDOW: … protests across the country. More than 900 are planned. Question as to whether or not this was the break-glass moment. 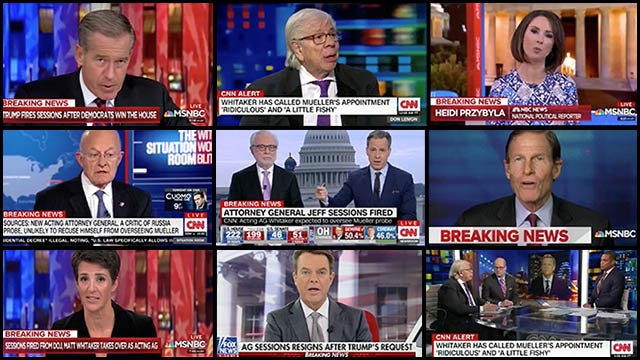 RUSH: You want the names or…? It’s only been added to by way of Wolf Blitzer in there, Shep Smith of Fox News, Carl Bernstein, Heidi Przybyla (if she pronounces it that way, I have no idea), James Clapper, Brian Williams, Jake Tapper, and Rachel Maddow. You notice how this happens? Two of them. Two phrases get picked up, and everybody in the media is now using them? And one of them was started by a Democrat politician! The “break-the-glass moment.”

He actually started both of them, “Saturday Night Massacre,” and so the media picks it up and runs with it. And it doesn’t matter. They have no competitive compunction about this at all. Why would you want to sound like everybody else? If you work on CNN, why in the world would you want to sound like everybody else in the media sounds — or pick your place? But they don’t care, because they are activists, and they are attempting to achieve and accomplish an agenda.