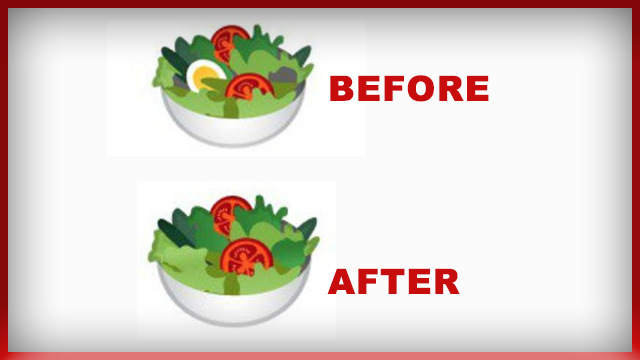 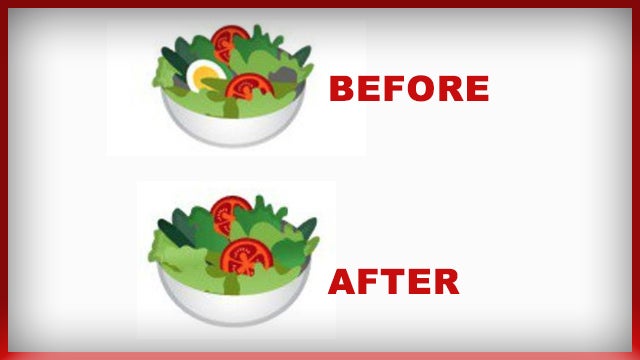 RUSH: I’m sure you all use emoji. Well, I’m sure you all know what emoji is. What you may not know is that Google and Apple have been pressured into changing salad emoji by militant vegans. Militant vegans saw that salad emoji on Google and Apple contained eggs. And, in one instance, the salad emoji looked like it had some chicken in it. Militants vegans petitioned Apple and Google to get the egg and the chicken out of the salad emoji, and both companies did! You believe this?

Getting all uptight about emoji, a salad, militant vegans! And it just points out the reason this stuff keeps happening is because these are basically a bunch of spoiled brat kids that no adults ever say “no” or “shut up and go away” to. They’re allowed to get away with whatever intimidation they employ, and if that were ever brought to a screeching halt, then we could fix a whole bunch of stuff that people are scared to death of.