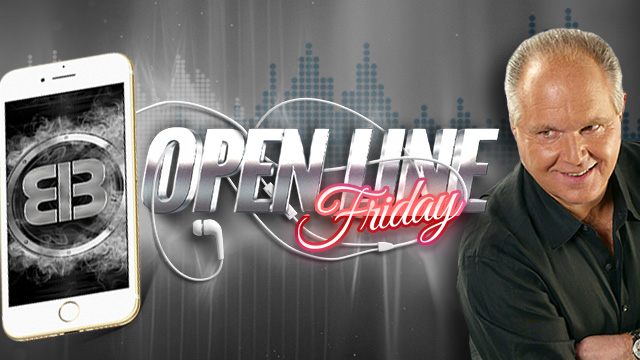 RUSH: Here’s Rob in Colorado Springs, Colorado. Great to have you, sir. Hi.

CALLER: I have two quick points for you. One about tech blogs and one about the Camp Fire in California.

CALLER: I think that with the environmentalists not letting us cut down trees, it’s time for you to bring back your Timber Update.

RUSH: You’re a Millennial and you remember the Timber Update?

CALLER: My father used to record all of your parodies on cassette so that he could listen to them at his convenience, and that is where I know it from.

RUSH: Okay. Cool. I like that. So you’re saying it might be effective with a Millennial audience today?

RUSH: Okay. What about the tech blogs?

CALLER: You mentioned last week about becoming disimpassioned with reading them, and I can understand that, you know, reading their apocalyptic views on things like that climate change or even Apple —

CALLER: — can be disappointing. And I would just say that keep in mind how delusional that they can be. We’re getting into the season where they write reports about, you know, the things that you can talk to your family members about this holiday season or this Christmas season, safe topics or safe games or safe —

RUSH: Oh, I know. Hey, get this. Along the same lines, the Los Angeles city council is thinking about forcing venues to sell only vegan food. Now, people have laughed at me when I have said that what the left ultimately wants is control over what you say and what you eat, “Oh, come on, Rush, what do you mean what we eat?” You remember Michael Bloomberg demanding you not being able to buy certain sizes of soft drink.

Here we have the LA city council is thinking of forcing venues to sell vegan food. They’re not to the point of forcing you to buy it yet, but they’re thinking of forcing stores to sell it. Vegan food! I mean, we’re headed in this direction, and you’re right, the tech blogs with things you can’t say during the holiday season, things you shouldn’t say, don’t talk to your family about this.

Because beautiful things happen when you cut down trees.

You end up with beautiful pianos. We build homes.

Timber! Timber Update theme is what it was.