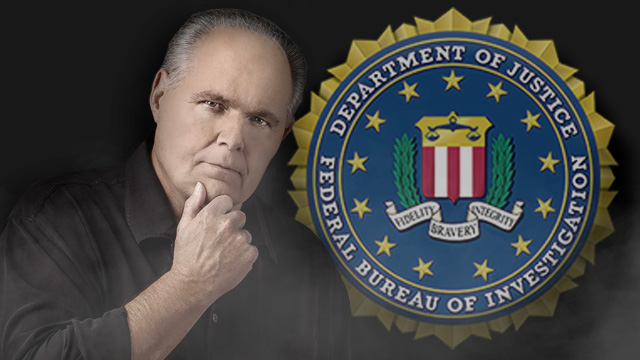 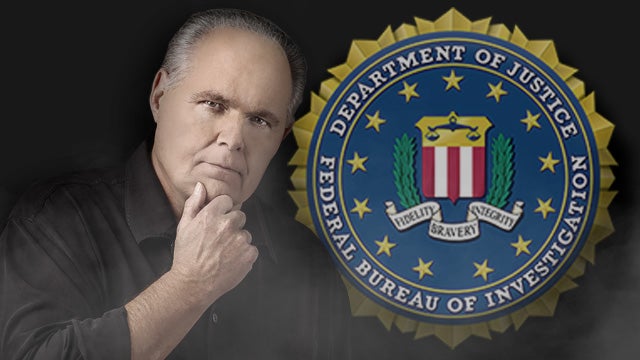 They have rearranged I can’t tell you what aspects of their lives ’cause they thought Mueller was coming “tomorrow,” starting last Tuesday. Then today, we get this big story that Mueller’s nowhere near finished, that there is one guy still cooperating to the max, and it’s Rick Gates, who was the partner of Manafort. The story is that Gates is just singing like Frank Sinatra. He’s just telling Mueller everything he wants to know.

He’s telling Mueller so much that Mueller’s not even close to wrapping up yet! So a lot of people are now totally discombobulated ’cause they’ve got themselves in Washington believing Mueller drops this week, last week, next week. And then all these prosecutors have left the Mueller team like Weissmann and some of these others, and all of a sudden — and we’ve also been told that Mueller hasn’t been involved in the last year. He’s basically acting like the rainmaker here. His name’s on this thing, but he’s not doing anything and hasn’t for a while.

Weissmann’s now running it. Now Weissmann’s leaving. Everybody assumes it’s winding down now. All of a sudden, we got the news today that the investigation’s still underway, still going full speed, that Rick Gates is still singing. But let me tell you something, folks. The Drive-Bys are livid. The Drive-Bys are starting to get mad, because there have been numerous leaks sufficient enough for the Drive-Bys to be telling stories that, “Well, maybe we ought not expect so much of Mueller. Well, we never did say it was Russia collusion for sure.

“Well, no, we never did expect Mueller was gonna have the proof. Oh, no, no.” Because everybody’s being told that there isn’t anything on collusion — and that’s how we get this story: “Can Manhattan D.A. Cy Vance Flip Manafort After Mueller Failed?” Now, stop and think of this. This is Daily Beast, and they’re mad as hell. They’re mad as hell that Manafort only got number of months he got, 70-some-odd months. They’re mad at hell that there isn’t any Russian collusion with Trump. They’re mad. So now Mueller is already…

They’re beginning to frame Mueller as a failure. Is this not laughable? For two years, Mueller has been Superman-in-waiting. Mueller has been the guy that was gonna drive Trump out of office. Now all of a sudden, “Can Manhattan D.A. Cy Vance Flip Manafort After Mueller Failed?” The point of this story is that Mueller is an incompetent, that Mueller couldn’t get Manafort to flip on Trump, that Manafort obviously knows all about the Russian collusion, that Mueller and the rest of his team just were inept, couldn’t get it done.

So now Cy Vance has to take over, the Manhattan DA, and he has to be the one to get Manafort to flip. “Paul Manafort’s sentencing in federal court on Wednesday appeared to be the latest move in a long chess match. But just 30 minutes later, another move was played,” charges from the Manhattan DA. Purely political charges, by the way.

“U.S. District Judge Amy Berman Jackson sentenced Manafort to 43 months in prison –” da-da-da-da-da-da-da-da, goes on to talk about the imposition of the sentence and now thinks that Cy Vance is going to succeed in getting Manafort to spill everything on Russian collusion because Mueller failed!

RUSH: Here is the story. I referenced this in a quasi-throwaway fashion earlier. But we have actually some real journalism here from NBC Eyeball News in Chicago, WMAQ. 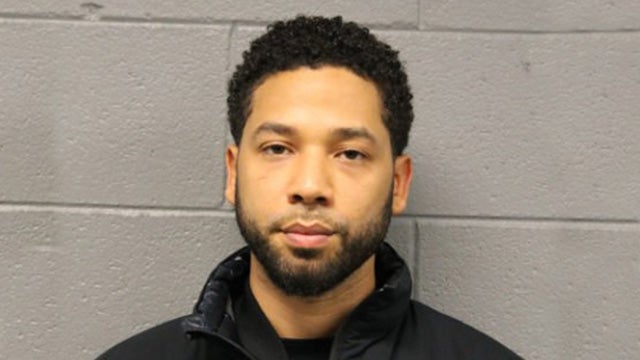 “New documents showing text messages and email chains revealed Cook County State’s Attorney Kim Foxx asked Supt. Eddie Johnson to turn the Jussie Smollett investigation over to the FBI before she recused herself from the case.

“The documents, obtained Wednesday by NBC 5 via a Freedom of Information Act request, show correspondence between Foxx, an unknown person and Tina Tchen, a one-time assistant to former President Barack Obama and Chief of Staff to Michelle Obama.

In an email, Tchen said she knows the Smollett family and said they ‘have concerns about the investigation”’ into his alleged hate crime attack,” which the cops say was a hoax and the State’s Attorney Kim Foxx told an unknown person who contacted her through Tchen that she spoke to the superintendent and was trying to figure out how to get the case transferred to the FBI.

Now, why would Obama or an Obama aide want the case transferred to the FBI? ‘Cause the Obama people still have sway over the FBI, apparently! We know now, thanks to testimony from Lisa Page, that there were some people in the FBI who in fact wanted to charge Hillary Clinton with gross negligence in the handling of her illegal email server but that they were overruled from the Obama Department of Justice who told them to pound sand, told them to forget it.

And they changed gross negligence to carelessness. And that reduced the severity of the criminal behavior committed by Mrs. Clinton. And, by the way, Lisa Page — she’s the one who had the illicit, illegal, extramarital affair with Peter Strzok Smirk — she says that even Comey wanted to charge Clinton with gross negligence. But Comey, when the command came down from the DOJ to drop this and essentially exonerate her, Comey didn’t ask why, he just did it.

I mean, it’s very obvious now that when we hear DOJ, we mean Obama. That’s why I think Obama has been up to his neck in this entire Russian collusion thing from the get-go. And he avoids being mentioned because he’s protected by the media and of course the Democrat Party, DNC, and so forth. You could never convince me that Obama wasn’t guiding and steering this whole thing.

RUSH: All right. The blockbuster story I was looking at a half hour ago, John Solomon at TheHill.com. He reports the intentional misleading of the FISA court. In other words, the FBI knew that Carter Page and George Papadopoulos had nothing to do with Russian connections or meddling in the election and went to the FISA court and used them anyway. The FISA court abuse that has happened in this whole case — the damning proof of innocence that the FBI likely withheld in the Russian probe — is big.