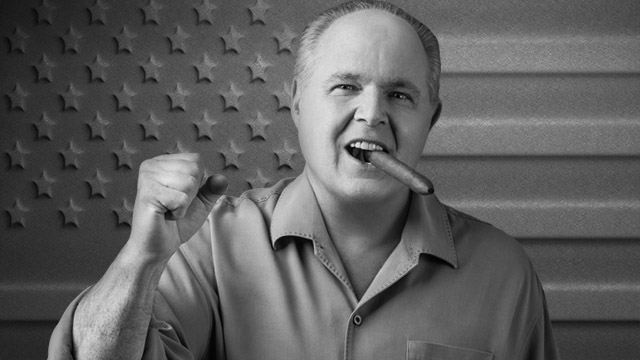 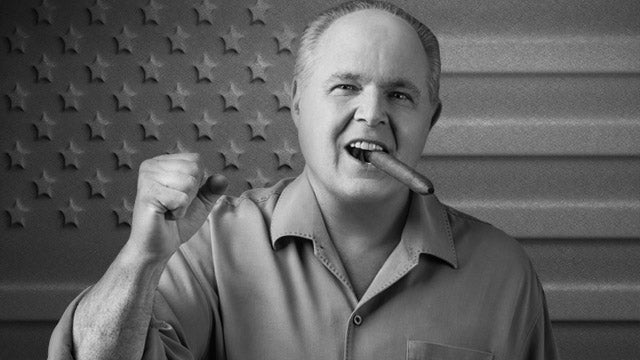 RUSH: Charlie Kirk of Turning Point USA  tweeted yesterday that the presidential approval rating had hit 47%, his highest yet. I don’t… He didn’t cite the poll. I guarantee you it’s not a CNN poll, and it probably isn’t an ABC-Washington Post poll or even NBC/Wall Street Journal. Maybe Rasmussen. But 47% in whatever poll it is is Trump’s highest, and also 47% is three points higher than Obama’s approval rating ahead of the 2010 midterms. Does anybody remember what happened in the 2010 midterms?

Mr. Snerdley, a little pop quiz on history. Now, admittedly, this is eight years ago. Does it seem like eight years ago that Obama was president and midterm…? How many seats did the Republicans win in the 2010 midterms? How many? Sixty-three. The Republicans won 63. Now, in those midterms, conventional wisdom won out. Conventional wisdom is the party out of power makes big gains in the House and Senate, primarily the House, in the first election after a president is inaugurated. Well, that’s what we have coming up here.

But Kirk’s point is that Obama was sitting at 44, 45% back then. Trump is at 47% and rising. And, therefore, we could be looking here at a bit of an upset. There’s also polling data here in Florida. Let me find this. Yes, here we go. “Barely two days after Democrat Andrew Gillum was leading in most polls for governor of Florida, a Strategic Research Associates poll conducted for Gray Television and released Wednesday showed Republican and former Rep. Ron DeSantis pulling into the lead, 48 to 45%.”

So statistically a tie.

“The poll is the first since the primaries last month to put the conservative DeSantis ahead of Bernie Sanders supporter Gillum.” Now, there’s all kinds of controversy about Gillum caught in a sting operation. I am reading, by the way, that it is possible that the FBI’s gonna indict Gillum at some point, regardless of the election, that he’s gonna be indicted for some of the corrupt practices he’s been investigated for. We had the news that he paid an undercover cop the money to buy Hamilton tickets in New York.

“Beyond ‘Hamilton,’ Emails and Texts Raise Questions on Gillum’s Trips with Lobbyists — Records show Gillum knew well in advance that his out of state meetings with Corey could help him network with powerful developers, businessmen, and lawyers.” I mean, this is incredible that a newspaper is doing investigative journalism on a Democrat, but the Miami Herald is. It’s… So we’ll see how that plays out.

There’s a Politico story today, I actually saw it last night, that Trump fears a Florida “wipeout,” that Donald Trump fears that we’re gonna lose everything in Florida, that the socialists in Florida are gonna win everything. So Trump is scheduling even more rallies and more effort in Florida to try to save the day here. It is a Politico story, and that’s the word that’s being used, that Trump “fears a Florida wipeout.”

There are other news stories that say (Drudge has links to them) that socialists of America appear ready to win and dominate and convert America after long last to committed socialist policies. So you find these stories all over the place about the intention of voters, this cycle, and how they’re faring. The Charlie Cook Report: The vaunted inside-the-Beltway analysts who take a look at every election inside out: 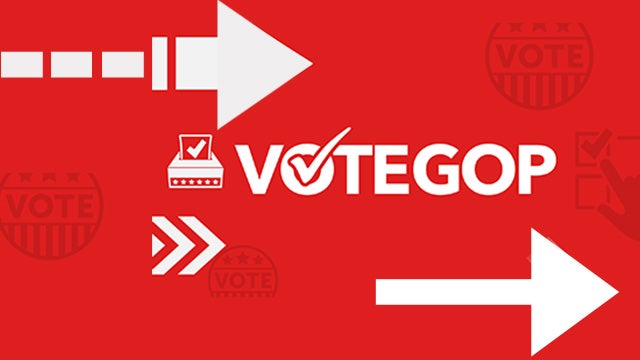 “With November 6 just 11 days away, it seems that the overall Senate playing field won’t change much, although it appears that some of the races in Toss Up are getting even tighter… That said, it is getting more difficult to see a path to the majority for Democrats. With Democratic U.S. Sen. Heidi Heitkamp heading for defeat in North Dakota, Democrats now need a net gain of three seats to win the majority.

“One way would be to hold the five Democratic seats in Toss Up, and pick up three of the four Republican-held seats in Toss Up.” If you’ll read The Cook Report… I’m not gonna bother telling you which ones those are. But that’s how they analyze it. The bottom line to this story is that New Jersey has moved to toss-up. In the Cook Report, New Jersey has been moved to toss up. New Jersey ought to be deadlock Democrat any day of the year that you look at it.

New Jersey being in toss-up, and “Florida remains a coin toss, although Democrats see a path to victory for U.S. Sen. Bill Nelson.” Well, they better. He’s the incumbent. He would have the path to victory. In Montana between Jon Tester, the incumbent, and state auditor Matt Rosendale, that race “has tightened, but Tester maintains an advantage that is either just within or just outside the margin of error… There is an addition to the Toss Up column as the race in New Jersey moves there from the Lean Democratic column.”

Now, all of this movement is taking place this week in the midst of the bomb scare. “On the Republican side, GOP strategists feel better about where U.S. Sen. Dean Heller is,” where he is in Las Vegas. “Strategists also feel better about where GOP U.S. Rep. Martha McSally is in her race in Arizona against” the… Well, Kyrsten Sinema. I’m gonna withhold the characterization. “Tennessee and Texas seem unlikely candidates for the Toss Up column,” so it’s looking bad for Beto O’Rourke there.

But it says, “There is a great difference of opinion even among Republicans where the race” between Cruz and O’Rourke “stands today. Cruz allies contend that the incumbent is ahead of O’Rourke well outside the margin of error.” But the Cook Report people say, “e are aware of other reliable polling that shows a closer race.” Back to Florida for a moment. “Thirty-eight Florida Sheriffs Demand Andrew Gillum Withdraw Anti-Cop Pledge —

“Thirty-eight elected Florida Sheriffs on Thursday called on Florida Democratic gubernatorial candidate Andrew Gillum to ‘immediately and unequivocally withdraw’ his support for a radical organization’s ‘Freedom Pledge’ that refers to anti-police rhetoric. The letter to Gillum from the sheriffs reads: ‘We, the undersigned members of Florida’s law enforcement community, ask that you immediately and unequivocally withdraw your pledge to the organization, Dream Defenders.

“After learning of this organization’s disturbing and anti-law enforcement position and statements, we believe that any candidate wishing to lead our state should in no way be aligned with this radical group. ‘The pledge you signed not only calls for you to defund police and prisons, but the papers that accompany this pledge wrongly claim, “Police were never meant to protect and serve me and you”…'” blah, blah, blah.

“The pledge in question is a project of Dream Defenders, an anti-Israel, anti-capitalist group with which Gillum has evidenced a longtime close personal and professional relationship.” What in the world! Why in the world would anybody…? It’s an anti-Israel, anti-capitalist group, Gillum has had a long association with ’em. Folks, there is… For those of you in Florida, I know you know that I have a desired outcome here, and you know that I’m an unabashed conservative and so forth.

But just for the general welfare and well-being of everybody in the state, it literally makes no sense to elect somebody who believes that the way to prosperity and sustained overall economic prosperity and contentment, which has been undergoing, ongoing here for a while needs to be ripped apart and thrown away! It’s absurd anybody… It boggles my mind. But I do know that education and media have been successful in programming people to believe in the wonders of socialism, equality, fairness, and all that.

Except it doesn’t happen.

It doesn’t exist wherever socialism happens to be deployed. I take it back. That 47% Trump approval is NBC/Wall Street Journal. Well, blow me down! Charlie Kirk in his tweet didn’t cite the poll. I said, “It can’t be one of the big ones,” but it is! It’s 47% Trump approval in the NBC/Wall Street Journal. Anyway, like I was saying about John James yesterday. John James in Michigan running against Debbie Stabenow, he is the American dream. He personifies it.

He has lived it. He has lived a life that any would be justified in following and emulating. He comes from genuine slaves and sharecroppers and is not bitter, is not angry, has grasped every opportunity. He’s a West Point grad. I mean, he’s the kind of man you would want as your neighbor, being involved in the leadership of your town or any other organization you’re involved in. Just a decent, solid citizen.

Ron DeSantis is exactly the same. Doesn’t harbor an ill thought about anybody. The left, you can’t say that. The left has enemies. The left has enemies that they want to use government to punish! That’s half the reason their people vote for ’em, and that’s what they think government should be doing is punishing people who are getting away with having better life, more success, what have you. This stuff cannot be enshrined. It’s not who we are. It’s not how we were founded. We hear all these people talk about our values and Obama, “That’s not who we.”

I tell you, what we’re not and who we’re not is a bunch of socialists, and we are not and never have been a nation that uses government power to punish the enemies of other citizens and to get elected on the premise that that’s what is going to happen. That’s what the Democrat Party today is essentially promising. They’re gonna get even with anybody voted for Trump. They’re gonna punish anybody who made, anybody who had anything to do with Hillary Clinton losing is gonna get punished.

Never mind it’s not gonna improve their lives any at all. It’s just a wasted vote, to vote for any of these current Democrat crops of socialists, and yet there are plenty of people are gonna do it.