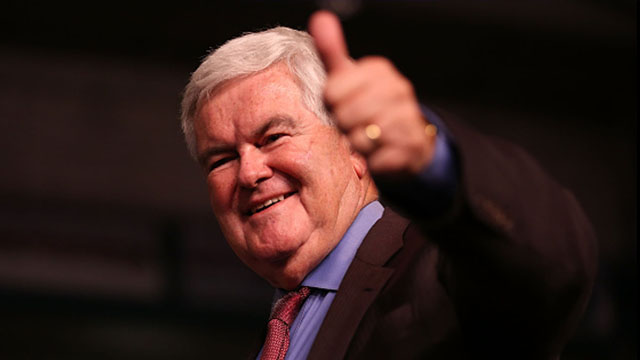 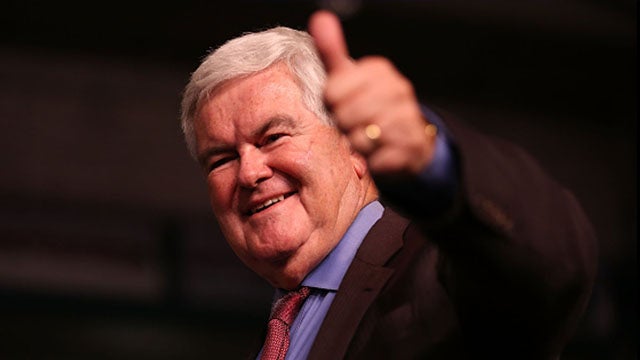 RUSH: Alexandria Ocasio-Cortez and the Democrat nominee in Florida, Mr. Gillum, they are advocating moving in the direction of Venezuela and other socialist countries.

So let’s go to Newt Gingrich. He has a piece, “Why We’re Gonna See a Red Wave This Fall — Let’s start with Tuesday’s primaries. In Florida, a fine, well-entrenched state Agriculture Commissioner and former U.S. Rep. Adam Putnam decisively lost the Republican gubernatorial primary to Rep. Ron DeSantis. The big boost for DeSantis came from President Trump’s endorsement and a Trump robocall to Florida Republicans.”

And it’s true. DeSantis was down double digits; Trump comes in, does a rally, robocalls, gets behind him; DeSantis is a double-digit winner. Huge turnaround. There aren’t too many other Republicans that could pull that off.

Now, Newt says here: “The contest for governor shaped up even better for Republicans as a hard-left Bernie Sanders-backed progressive … won the Democratic primary with 34 percent of the vote. The contrast between a pro-Trump DeSantis and will probably keep Florida in Republican hands in November. … It is very likely the blue wave in Florida will disappear with the DeSantis and Scott victories.”

Rick Scott, current governor running for the Senate seat being held by Bill “the Russians are here” Nelson. And Scott has run a brilliant campaign, by the way. Rick Scott’s campaign, I don’t watch much local news, but I somehow seemed to have run cross a bunch of Rick Scott’s TV spots, and they’re excellent. They have just been superb. Would you agree with that, Mr. Snerdley? They really have.

And remember the turnout in the gubernatorial race in Florida, Republicans had 124,000 more voters than the Democrats had, and that was not supposed to happen. Another thing that Newt says: “So far, President Trump and McConnell have confirmed 60 federal judges – this includes Supreme Court Justice Neil Gorsuch, 33 district court judges, and 26 court of appeals judges. Additionally, President Trump has nominated more than 80 other judges across the federal system.” And he thinks all of these things are things people notice and they factor into their assessment of how things are getting better and improving in America.

But then Newt writes about Trump’s progress on NAFTA, sending five big signals. Number one, “Making good on a big, disruptive pledge that set his 2016 campaign apart from every other candidate, the president kept his word and is forcing a difficult negotiation toward success. President Trump proved, once again, that tough language and tough negotiating can actually lead to breakthroughs. Unlike most politicians, Trump is willing to endure heat to achieve success. As a result of his seriousness on trade, other countries are now approaching President Trump about trade negotiations (note German Chancellor Merkel’s call this week for trade talks).” The little guy in Canada is gonna have to make a move fast. Even the ChiComs are getting a little bit worried here vis-a-vis the Norks. 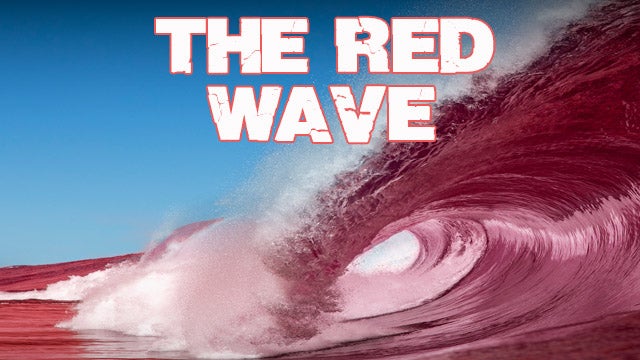 “Canadian Prime Minister Justin Trudeau tried to be clever when he ambushed and attempted to embarrass President Trump during a press conference at the G-7 Summit in Canada. Trudeau is now discovering that Trump has a good memory. Canada now has virtually no leverage in trying to play catch-up with the U.S.-Mexico negotiations.”

Finally, “The Trump administration’s continued attention to economic matters – despite the liberal media’s daily efforts to get him and his team off-balance through dishonest reporting and smear stories – is paying off. The average American sees the economy getting better and better. And the average American increasingly thinks the success is due to President Trump.”

These are some of the reasons why Newt thinks that we’re headed to a red wave, meaning the Republicans holding the House, maybe even picking up a couple of seats.