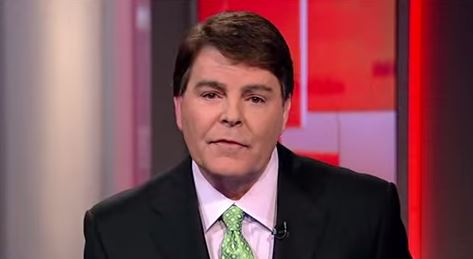 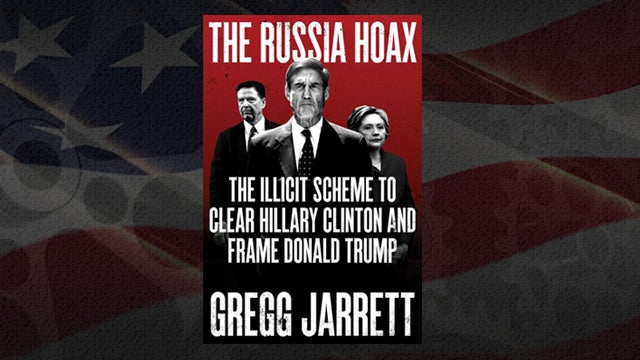 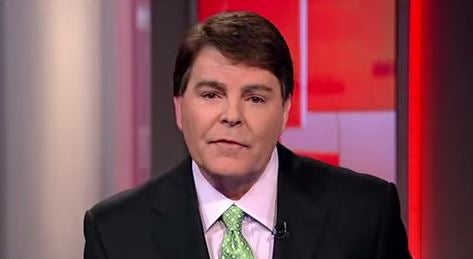 I’ve been waiting to tell you about this new book. It’s been embargoed until yesterday. Gregg Jarrett over at Fox News has a new book called The Russia Hoax. I’m holding it here in my formerly nicotine-stained fingers. It is a hardcover. It has 131 pages of footnotes, folks. There are over 700 footnotes in this book. The importance and relevance there is that these footnotes are evidence. The footnotes are documentation of assertions and facts that are presented in the book. Now, aside from transcripts from this program, if you want in one hand the entire compendium of the effort to overturn the election results of 2016 — from the Steele dossier, to the corruption of the deep state, to the exoneration of Hillary Clinton, to the Mueller investigation — if you want to have in your hand every detail, every explanation, get this book.

It’s just out. It might have hit yesterday or the day before, but it’s out now wherever you buy books. It’s called The Russia Hoax: The Illicit Scheme to Clear Hillary Clinton and Frame Donald Trump. Now, this book has an interesting take. You might think, “Rush, there’s nothing new about this. We know. We listen to you. We know everything.” Yeah, yeah, yeah. But, folks, this is everything. This is it in one place, from the front cover to the back of the book it is chock-full with evidence, explanations, the history of what happened, the timeline. And it’s written in a very enjoyable-to-read way.

But Gregg Jarrett’s premise here is that what drove all of this was a mad desire, a crucial demand to exonerate Hillary Clinton from all of the criminal and near-criminal activity that she had engaged in from the time she was secretary of state and including the time she was a candidate for president. The theory being that what really had to happen, Hillary Clinton gets the Democrat nomination, she’s ordained to get it.

They rig the Democrat primary. She is going to be the Democrat nominee. The Democrat hierarchy has decreed it. The primary is nothing but an exercise in faux democracy. It’s a setup. Bernie Sanders voters don’t know it. Bernie may have known it, but the whole thing was rigged. But because it was rigged and because Hillary was going to be the nominee, there are people who had to make sure that she wasn’t charged and criminally convicted before the campaign got going, because she clearly had broken so many laws that it was impossible to keep track of all of them. 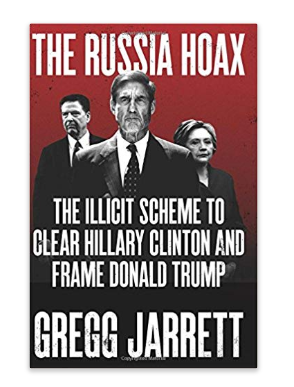 The laws involving her illegal server, the trafficking in classified data, the fact that the president of the United States at the time was also knowingly tracking in classified data on an unsecured server with his secretary of state. The number of people who are culpable, the number of people who were aware this was going on were also vulnerable and at risk. She had to be cleared. She had to be exonerated. This stuff had to be swept away. Mr. Jarrett says that’s the origin of this.

And in the process of sweeping away all of the evidence and all of the innuendo and all of the dangers faced by Hillary Clinton, the other side of the story is framing Donald Trump. While they exonerate Hillary, they frame Donald Trump for a twofer, all to guarantee she wins. And then when none of it went as planned, panic set in, and that’s where this book kicks in with the explanation of the framing of Donald Trump.

We’ve talked about all of it here over the course of many days. With this book in your hand, you have a constant reference manual that’s fun to read, easy to read, and I guarantee you, you go through this, you turn the pages, there are gonna be things in this book, even though you think you know it all, that you don’t know. Your eyes are gonna pop out. And you’re gonna say, “Whoa. I didn’t know that.” Or “wow. I didn’t think of it that way.”

It’s an extremely valuable piece of information to have, particularly in the way it’s been assembled and put together. Look, there have been a lot of people that have written about this and a lot of people who have been brilliant in their analysis of it. But it’s happened column by column, radio show by radio show, newscast by newscast at a time. This puts it all in one place in a timeline. And Gregg Jarrett’s a lawyer, understands what’s gone on here.

But it cannot be overstated what the real objective here to start was. And that was clearing Hillary Clinton of all of the crimes these people knew she had committed. This is doubly a whammy because it wasn’t just framing Donald Trump. He had not committed any crimes. Donald Trump did not commit any crimes. They had to make it look like he had, in the process exonerating Hillary from crimes she had committed.

And, by the way, we’re not just talking about hiring Christopher Steele and Perkins Coie and the law firm and Fusion GPS and the assembly of the Steele dossier. That’s just a part of it. That was used in order to get a FISA warrant to spy on Carter Page and the Trump campaign. But that’s just the tip of the iceberg of the near-criminal activity Hillary Clinton had committed.

And the crimes that she committed by using an unsecure server and trafficking in classified data, Gregg Jarrett has a chapter here in which he details people and their cases, people who have been sent to prison, people who’ve been found guilty, people who have had to pay fines, people whose lives have been ruined for doing far less than Hillary Clinton has done. And it was all done to clear the decks for her.

So here comes Comey on June the 5th exonerating her when it’s not even his job. The FBI director doesn’t decide who gets charged and who doesn’t. That’s the attorney general. But Loretta Lynch had been compromised because she met with Hillary’s husband on the tarmac in Phoenix and had discussed the case! That alone would have resulted in people being disbarred and fired and perhaps charged with something.

But nobody on the Hillary side has been charged with anything. All of the charges have been handed out against Trump people. They didn’t commit any crimes. Those crimes are all made up and manufactured. Spies were embedded in the Trump campaign not to find spying, not to find evidence of Russian tampering, but to plant it. 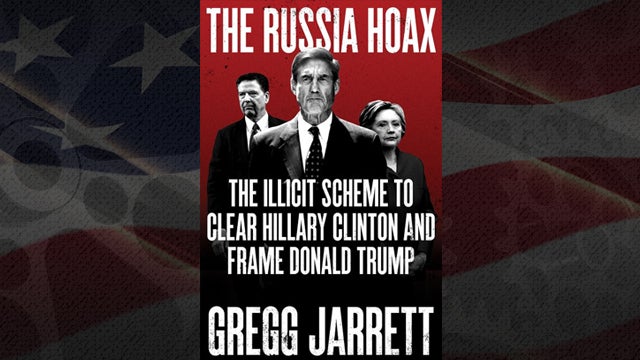 It is an outrageous — when you stop and think of it — and I do this every day. It hits me every day. What a waste of time the last year and a half has been, what a phony, egregious, outrageous crime has been committed on this country and the people of this country by the deep state in Washington, D.C., to exonerate known perps, known criminals, to clear the decks for her to become the president of the United States. And then the Mueller investigation comes along as a cover-up of what they did to exonerate Hillary and part of the frame job against Donald Trump.

As I say, you’ve heard this discussed for a year and a half, and every day we’ve added new things to it, but Jarrett’s book here is classic, and I dare say that there’s not a single photo in it. I say that positively. It’s not that kind of a book. The Russia Hoax: The Illicit Scheme to Clear Hillary Clinton, which is really what this was all about to begin with and frame Donald Trump.