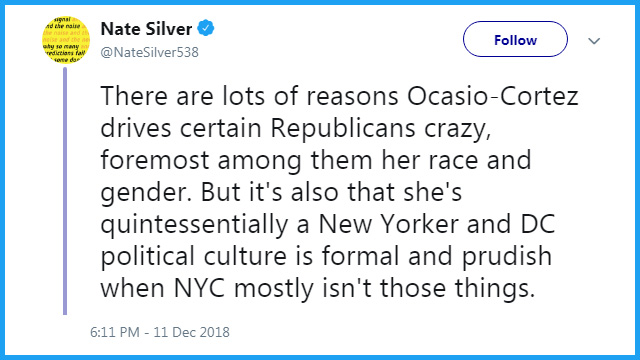 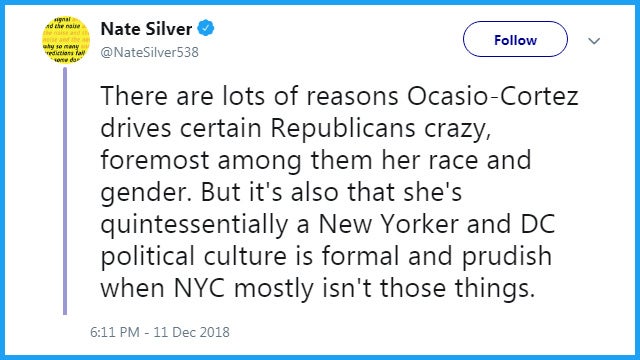 RUSH: I want to share with you a little tweet here. It is from the pollster analyst guru Nate Silver. And Nate Silver tweeted something here about Alexandria Ocasio-Cortez. And I just find it a little ironic. It isn’t any big deal here. I just want to do this, make sure I don’t forget to get it in. 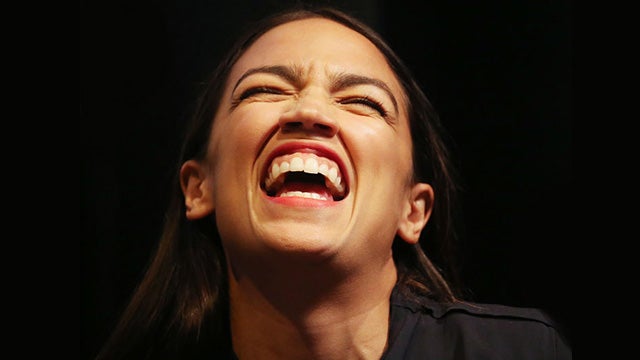 But the next is really the key. “But it’s also that she is quintessentially a New Yorker. And Washington political culture is formal and prudish when New York City mostly isn’t those things.” Now, I find it very strange we got this brilliant guy, Nate Silver, who recognizes the differences in the New York versus Washington dynamic for Ocasio-Cortez, but not for Donald Trump. These people can’t find a way to explain how Trump doesn’t fit into Washington, but they can find a way to justify the craziness of Ocasio-Cortez.