RUSH: Man, oh, man, Donald Trump was just on fire in the White House. There’s a meeting with Republicans in the Oval Office about the next round of COVID-19 funding and what to do about it and how much it should be. I’ll have all the details on that for you. They let the press stay in there, and the press was peppering Trump with questions about the situation around the country. 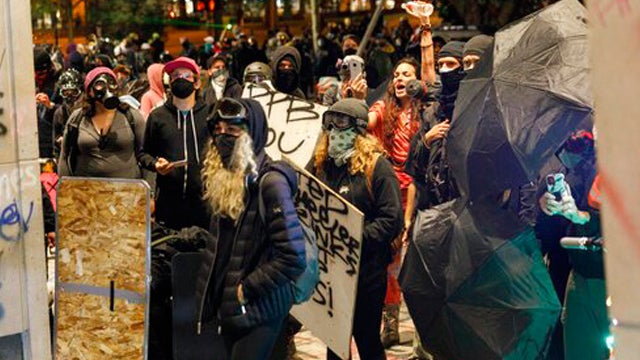 That was throwing down the gauntlet. The Trumpster said that politicians in these places are afraid of the protesters, of the anarchists. I think that is exactly right. Let me paraphrase Winston Churchill: “Never have so few done so much damage to so many.” And I’m not thinking of just the protesters. I’m thinking of health experts, the health experts who have ratcheted up the fear and continue to ratchet up the fear. They continue to portray every new case of coronavirus as an eventual death.

We don’t even know the accurate numbers involving the death rate. I got a chart I found at the CDC website. And if it’s accurate, the death toll from this virus is plummeting. And we’ve had evidence of that on previous programs. I’ve got it ready to go to show you on the Dittocam. It’s kind of tough to see because the numbers on it are just microscopicically small. But you’ll be able to get an idea of the graph if I accurately describe it. Not yet, Brian. Not ready for it yet. 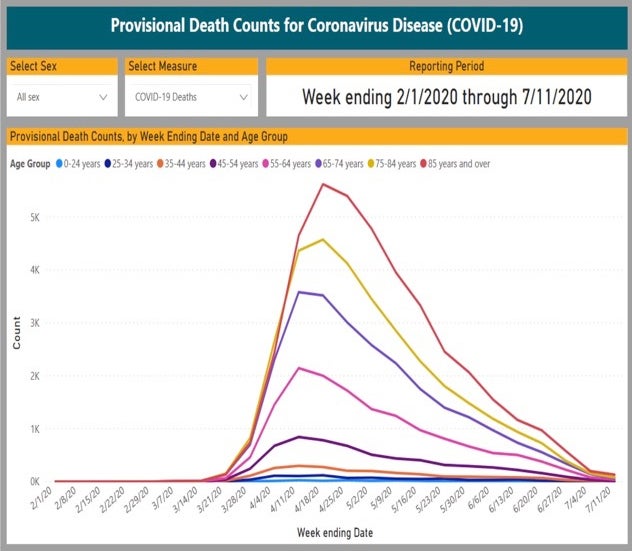 But we’ve also got, in addition to the health “experts” who are doing — experts in quotes — who are doing their best to keep everyone scared to death about this and to encourage shutting down states again, which we cannot do, folks. We also have these protesters. And you talk about a minority of people. “Never have so few done so much damage to so many.” A handful, a relative handful of professional, paid-for agitators that are behind the Black Lives Matter, Antifa movement.

Do you know these riots are continuing? And not just in Seattle and not just in Portland. They are continuing around the country. You’re not hearing about it. You know why? Because the Drive-By Media is not televising these things. Now, there’s something strange about that because the rule in television news still holds: If it bleeds, it leads.

That’s always been how they determine what the lead story is, particularly your local news. That’s why you’re watching your local Eyeball News, if there’s a bad traffic accident, it will be the first story they tell you about ’cause there is a lot of blood and guts on the highways out there. If it bleeds, it leads. Well, for some reason that has been abandoned in the case of all of the riots.

The media is ignoring the riots. Must be that the riots are not playing well. It must be that the Democrats are not benefiting from the riots. It must be that they’ve got polling data, ’cause they used to televise the riots all the time and they used to praise the rioters. They televised them, they praised them, they embedded journalists with the protesters. They did glowing reports on whoever protesters were. And the more looting they did, the better, because in the opinion of Drive-By Media, this is all gonna get rid of Donald Trump.

RUSH: We have audio sound bite number 25 and 26 here. Trump gets a question from a reporter on Portland and other cities experiencing violence. “What are you planning on doing, sir?”

THE PRESIDENT: I’m gonna do something. That I can tell you. Because we’re not gonna let New York and Chicago and Philadelphia, Detroit and Baltimore and all of these… Oakland is a mess. We’re not gonna let this happen in our country. All run by liberal Democrats.

REPORTER: Send federal law enforcement to some of these cities?

THE PRESIDENT: We’ll have more federal law enforcement. That I can tell you. In Portland, they’ve done a fantastic job. They’ve been there three days, and they really have done a fantastic job in a very short period of time. No problem. They grab ’em. A lot of people in jail. Their leaders. These are anarchists! These are not protesters. 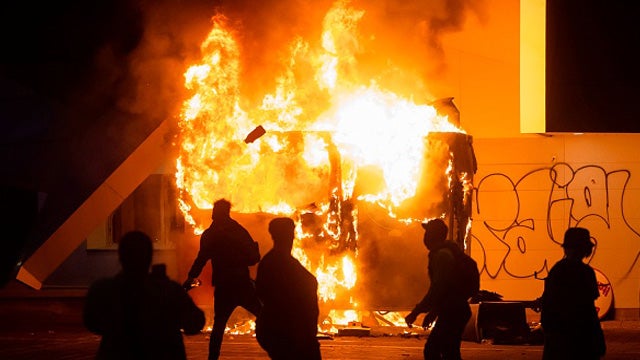 RUSH: There you have it: “These are anarchists. They’re not protesters.” He goes on to talk about how the officials in these places are largely afraid of them. And maybe they are. It’s either that or they’re in league with them. It’s that or they support them. In the next bite, this is Trump getting a question from another reporter, “Are you bringing back the coronavirus briefings that you used to do at 5 o’clock every day? Did I understand that correctly?”

THE PRESIDENT: We had a lot of people watching, record numbers watching. In the history of cable-television television, there’s never been anything like it. And we were doing very well. And I thought it would be sort of automatic and a lot of positive things were happening. And, frankly, a lot of the country is doing well. A lot of people don’t say that, as you understand, but we have had this big flareup in Florida, Texas, a couple of other places. And so I think what we’re going to do is I’ll get involved and we’ll start doing briefings. I think we’ll start that probably starting tomorrow. I’ll do it at 5 o’clock like we were doing. We had a good slot. 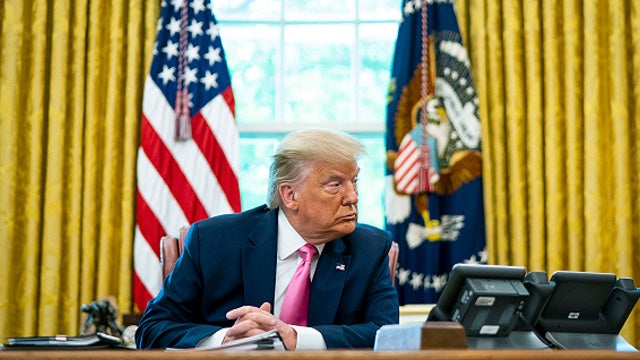 RUSH: At 5 o’clock. Yeah, yeah, yeah. So probably start tomorrow. And that’s a good idea, I think. When these briefings stopped… I know what was going on. There was an effort here to make it look like that we were on the downhill side. And there was, you know, the… Frankly, folks, there were a lot of people getting fed up with them.

Those briefings ran two hours, and a lot of people, the media included, said, “Trump is just using them. It’s unfair! He’s carrying all these press conferences; he’s getting all this coverage.” So they stopped covering a lot of it; so Trump sees they’re not gonna cover it and so forth. Then the media had total access to the coronavirus story.

And they were allowed to spread fake news about the number of cases eventually being the number of deaths, and so Trump needs… Look, that is what the election’s gonna be about. Trump needs to get back in there and reassert that the federal government is on the case on this, and detail people every day what exactly is being done. So it’s a good move