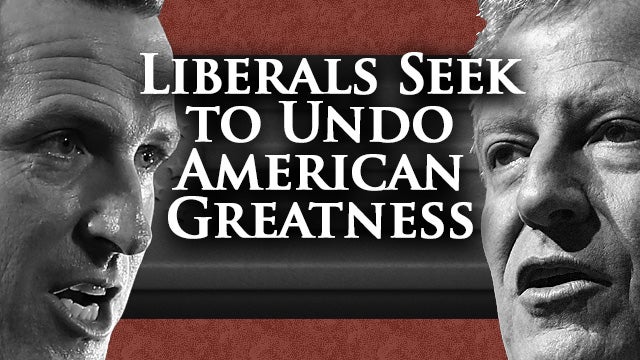 RUSH: Have you heard the governor of California? Gavin Newsom, in his inaugural address, attacked Trump — I mean, in every which way possible. That’s what his inaugural address was, an attack on Trump, and then he claimed that California was gonna be a sanctuary for anybody and anything. It didn’t want anything to do with Trump. California will become “an alternative to the corruption and the incompetence in the White House.”

He said, “We will offer an alternative to the corruption and the incompetence in the White House. Our government will be progressive, principled, and always on the side of the people. Fifteen years ago, when I was I new mayor of San Francisco and I heard politicians in Washington sneering at California values and attacking our LGBTQ community, I remembered what my father taught me, that it’s never the wrong time to do the right thing, and that’s what we did.”

And look at what a showplace San Francisco is today! Piles of human feces so numerous that people have to create maps so that tourists will know how to avoid literal piles of human feces — and syringes and drug paraphernalia. San Francisco is such a showplace that most of the people that work there cannot afford to live there. Now we have a newly elected governor who is such a Never Trumper, is so distorted with poisonous hatred of Donald Trump that he has pledged to turn California into whatever it needs to be to engender Trump’s hatred and dislike.

What an agenda! What an agenda. The new governor is gonna make California anything and everything Donald Trump would oppose. Well, Governor Newsom, bring it on. Now, we move to the Right Coast and we go to the mayor of New York City, who has announced “comprehensive health care” for everybody in what NBC New York calls an “historic surprise announcement. — It’s not health insurance; it’s the city paying for direct comprehensive care for those who can’t afford it or are undocumented…”

This is a promise to destroy the city!

It is a promise to bankrupt the city!

Not a single assertion about cost has been challenged in this story about health care for all in New York City. They are asserting… Based on the fact that they’ve got 600,000 people there whose incomes are near $100 million, they’re asserting that that is enough money that they can cover annual health care at $185 per year, per person. So the mayor of New York has figured out that $185 per person, per year will guarantee universal health coverage for everybody in New York City. $185 a year?

How many office visits alone are gonna eat up $185? How many tests? How many MRIs? This is absurd and it’s insane, and I have an idea. (interruption) No, no. I’m not kidding. “New York City will begin guaranteeing comprehensive health care to every single resident regardless of someone’s ability to pay or immigration status, an unprecedented plan that will protect the more than half-a-million New Yorkers currently using the as a primary provider,'” said the mayor.”

Yeah. “It’s not health insurance… ‘This is the city paying for direct comprehensive care (not just ERs) for people who can’t afford it…’ e Blasio said the plan will provide primary and specialty care, from pediatrics to OBGYN, geriatric, mental health and other services, to the city’s roughly 600,000 uninsured. The city already has the foundation for such a plan…” Okay. So I have an idea. I think we should encourage them to do it. What is it we’ve always been told? States are the laboratories.

States are the laboratories of democracy. It is in the states that some of the out-of-the-usual, out-of-the-way, abnormal ideas can be tried. In fact, this is what they’re for — and who knows! Maybe they’ll work. Maybe they won’t. But before we institute anything nationally, let the state laboratories experiment and try them out. Okay. So California is a one-party, socialist state. California has lots of millionaires and lots of billionaires, thanks to capitalism. It has lots.

Probably the wealthiest people in the country are in California — millionaires, billionaires — because of capitalism, not because of anything in the state government. California has lots of sunshine. They have a lot of wind for green energy. They’re well positioned to harness the power of earthquakes. Can you imagine if they could engineer some earthquakes and the power they could get from that to run various power plants? It’s a time for choosing. Let’s see if it works!

Let the people of California who voted for this stuff live with it, and the same way with the people of New York City who voted for it. New York City can provide “free health care.” California can make fossil fuels illegal. California can tax the hell out of success. New York likewise. The city and the state can make a big move to destroy the middle class and create a have and have-not society — the uber-wealthy and the have-nothings — and let’s just see the utopias they end up with, and let’s just see if anybody wants to move there. Let’s just see if there’s a massive movement to replicate these scenarios elsewhere around the country.

RUSH: By the way, Gavin Newsom, the new governor of California, shortly after he took office, one of his first orders of business will be to convert to a single-payer health care system, and he has declared his intent to reinstate the Obamacare individual mandate state level. Now, it’s been declared unconstitutional. The individual mandate is illegal! It’s against the law. It’s unconstitutional. It’s been so decided.

So here comes the new governor the California, we’re gonna reinstitute the individual mandate in California. California is not a respite, in other words, from illegal or unconstitutional federal laws. Even though laws have been deemed illegal or unconstitutional in the country, not in California. So mandated health care for everybody. Mandated that people who could afford it buy it. And that’s going to be a decreasing number of people.

This is Tom in Columbus, Ohio. You’re next. Great to have you, sir. Hi.

RUSH: (sigh) Well, I’m at a little bit of a disadvantage here because I’ve not heard that California has one of the best walls in the history of walls.

CALLER: They have the most formidable protection of the border.

RUSH: Well, then they’re not using it because California has been lost because of this. 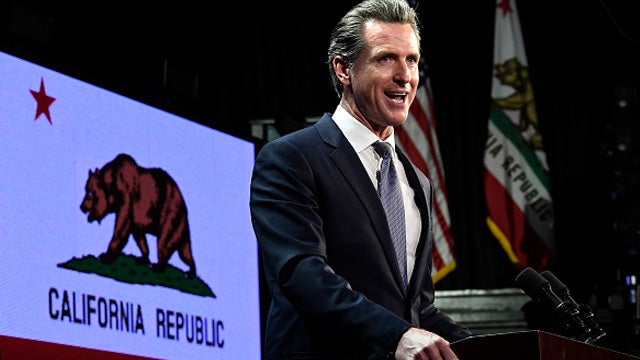 CALLER: For some reason, they don’t open their border, which they could do. They’re all Democratic controlled — House, Senate, governors everywhere — so if they’re not opening the wall…

RUSH: If they’re not opening the border, how have they been flooded?

CALLER: They’ve been flooded by people coming in from other areas and migrating to mostly Texas, Arizona, and then going to California.

CALLER: Look at the border walls along California and you can see where California has the most formidable border in our country. So why do they have a wall? If they think the rest of the country is racist and immoral is for having a wall, why does California have one?

RUSH: Wait a second. It’s a good question. Why do they have a wall if they will end up accepting illegal immigrants in the numbers they accept them wherever they come from?

RUSH: Okay. So you say the wall you say exists there keeps them from crossing the border in Tijuana or elsewhere, so they go to Arizona and Texas and come in that way.

RUSH: They don’t mind them coming in.

CALLER: Right, and they love their wall. They patrol it, they pay for it, all those things. They just don’t want anybody else to have one.

RUSH: Well, but there’s so many sanctuary cities in that state that they are welcoming ’em. You’re the first person I’ve heard praise the California wall as something formidable.

CALLER: It’s the most formidable border of any state in our country, and you can Google along the protection. Look at the wall. Look at pictures of the wall. You can see ’em at the ocean where the wall starts lining up along the gates and walls. They burrow under the wall there.

RUSH: They burrow under it? 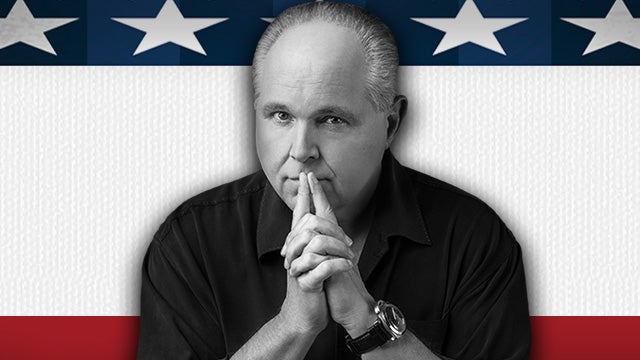 CALLER: Correct. They’ve caught people from the migrants, about 20 people who tried to burrow under the wall along the coast there.

RUSH: Well, see, that’s another reason not to build a wall, because you can’t build it deep enough.

CALLER: It seems to be working well for California. They just don’t want anybody else to have one. They say we’re all racist.

RUSH: No, that’s not my point. No. It isn’t working. California is what it is because of illegal immigration. It’s the reason there’s no Republican Party in that state anymore. What we’re talking about is state laboratories. California is what the country is headed for: One-party rule, total socialist state, a middle-class evaporating. All you’re gonna have is uber-wealthy living in a few enclaves and their slave employees living everywhere else.

California’s already dichotomized this way, and it’s gotten to the point where most of the people (like in San Francisco, parts Los Angeles) cannot live where they work — and that, by the way, isn’t new. When I lived in Sacramento in the late 1980s, it’s about a 90-minute drive give or take during rush hour. You wouldn’t believe the number of people I met who worked in San Francisco and lived in Sacramento or Sacramento suburbia simply because they couldn’t afford to live — or didn’t want to, one of the two.

But point is, California is not keeping illegal immigrants out of the state. Illegal immigrants are getting into the state. So you can say they’ve got this formidable wall, but they’re not preventing people — illegals — from getting in. They are welcoming them. Ads are run how to get on food stamps, how to use emergency rooms, and those ads run on the Mexico side of the border as well. Anyway, I appreciate the call.