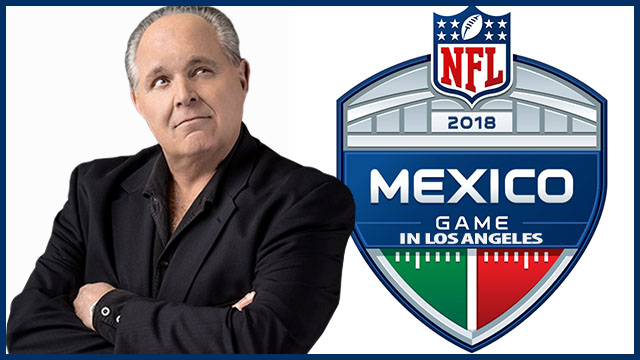 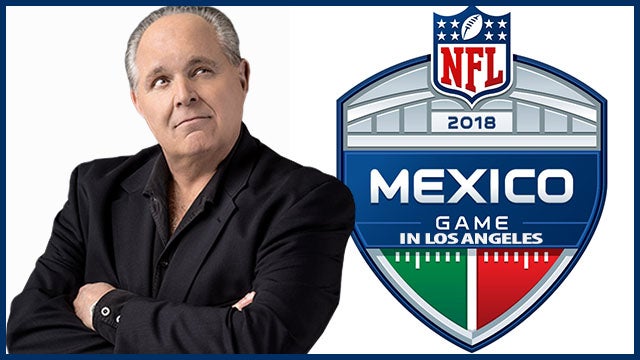 RUSH: Speaking of Mexico City and all that, have you seen the NFL move? There was a big Monday night game in Mexico City. The Chiefs and the Rams. And, folks, this is the strangest thing. The NFL has known for a year — well, no. The schedule came out in the spring, but before the schedule comes out, they scheduled this game. I mean, it has to be almost a year, certainly nine months the National Football League has known that they were going to play a game at Estadio Azteca, Aztec stadium, Mexico City.

They’ve known this for nine months. And it was only Monday of this week that they discovered the field was in bad shape. Now, are you telling me that for the past eight months the NFL’s had nobody in Mexico City, nobody down there coordinating this, working on logistics?

When you’re gonna schedule and play a National Football League game in any city other than an existing NFL city it takes months of coordination. You’ve gotta coordinate the hotel rooms for both teams. You’ve gotta have security down there. You’ve gotta make sure that the food served to the players is flown in from the United States, not Mexican because of the possibility of getting sick, ditto the water. The fact that they didn’t know this field was unplayable until Monday? Something tells me they didn’t want this game to go off in Mexico City ’cause this just doesn’t make any sense to me at all. None whatsoever.

The idea that the NFL’s not even aware of deteriorating field conditions until Sunday or Monday of this week? Anyway, the game’s been pulled and it’s gonna be played in Los Angeles. Tickets for that game are going on sale today. Some people are snarking, “They haven’t moved the game out of Mexico, Rush. They just moved it a little bit farther north into Mexico.”

RUSH: In a news release, the National Football League said “it determined that the recently re-sodded field at Mexico City’s historic stadium ‘does not meet NFL standards for playability and consistency, and will not meet those standards by next Monday.’” 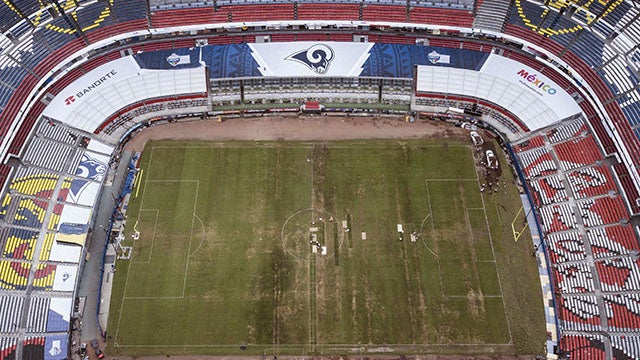 Folks, as an expert on logistics for these kinds of events, this just doesn’t make sense. You’ve known for nine months you’re gonna play what turns out to be one of the biggest games of the season at a particular stadium somewhere, and you take no steps to make sure that stadium’s field is preserved for your game?

You have sold out that stadium, tickets, people have flown, they’ve booked hotels, they’ve come from all over the country to go to this game, and you do not ride herd on making sure that stadium and field are presentable for your one usage, and you only find out a week before the game the playing field is…? This does not make any sense. I mean, this is not in any way comprehensible.