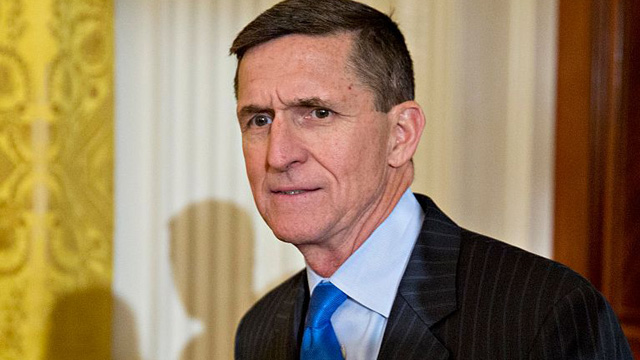 RUSH: This is Tom in Reno, Nevada. And it’s great to have you, Tom. What’s shaking, what’s happening?

CALLER: Hey, good morning, Rush. Longtime Dittohead since ’88, I think. What I wanted to ask you, what I’ve been wondering is, isn’t it Obama who really gave cover to the investigation of General Flynn when he warned — I forget whether he was president already, inaugurated or just elected, President Trump about General Flynn?

RUSH: That would be during the transition.

CALLER: Right. So, didn’t that lend legitimacy to, you know —

RUSH: I don’t think it’s a fact — you mean lend legitimacy to what? That Flynn’s a bad guy, that Flynn had done something because Obama warned Trump about him, or legitimacy to the investigation?

CALLER: Oh, both, absolutely. I mean, somebody is behind, or some people’s organization, whatever, the swamp, Clintons, and I’m convinced Obama is behind pushing the Mueller investigation. 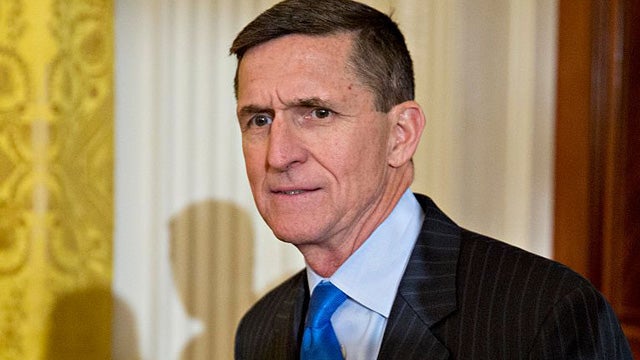 RUSH: Look, that’s true. Obama is behind all of this because it was his DOJ people that did all of this and it was his FBI people. The Obama warning Trump about Flynn, that may be a part of it, but the thing you gotta know, Obama hated Flynn, he hated Flynn because Flynn was critical while a DIA head of Obama policy.

RUSH: Has there been any news as to whether the highly ethical Robert Mueller has turned over the Flynn documents to Judge Sullivan yet? The deadline’s 3 p.m. today. And of course there’s nobody with more integrity or ethics in all of Washington than Robert Mueller. Ahem. Right?

RUSH: I just got an interesting email during the break. Right as the previous hour was ending I was asking if anybody had heard whether or not Robert Mueller had sent the documents to the judge, Emmet Sullivan, that Sullivan has demanded. Sullivan has demanded to see every memo and every document regarding the Michael Flynn investigation. The Flynn sentencing is imminent, and the news recently has been — and Comey has been laughing about it and bragging about it — that Flynn was told he didn’t need a lawyer.

Now, I’ve heard people say, “Well, Rush, he should have been smart enough to know that he did need a lawyer.” No. Wait a minute. They misled him. The point is they conducted an official interview with Flynn when he had no idea that’s what was happening. Flynn’s minding his own business, he’s in the White House, and here comes McCabe from the FBI. Flynn ran the DIA, Defense Intelligence Agency, for 30 years.

So here comes McCabe from the FBI and Flynn says, “Hey, Andy, what’s shaking?” McCabe says, “Hey, we’re doing great. You got a minute for a chat?” They sit down and start talking. “No, no, no, you don’t need a lawyer! No, no.” They send the signal, “There’s nothing official here; we’re just chatting,” and it was an official interview about Kislyak, the Russian ambassador, and whether or not they discussed Trump’s sanctions and lifting them when he was inaugurated and all that.

They then charged Flynn with lying. Even though McCabe, who did the interview, said that he didn’t think he had lied, Mueller still charged him with lying! Well, Judge Sullivan has heard about all this, so he wants to know what the hell’s going on. So he’s demanded every document relating to Flynn that Mueller has by three o’clock today, and toward the end of the first hour I said, “Has the most ethical and most integrity of anybody in Washington Robert Mueller responded yet?”

So I got an email during the break. “Rush, have you ever heard…? Has anybody from Mueller’s office ever called you? ‘Cause you’ve had some really critical things to say.” I had to stop. I looked at the email and I said, “You know, that’s right. The emailer is right.” I have, on many occasions on this program, sort of mocked this idea that Robert Mueller has more integrity than 10 people in Washington, that he is the epitome of ethics and other than and integrity.

I’ve made the point that if that were really true, this investigation would have been shut down as soon as he learned the Steele dossier — on which all of this was based — was phony! The minute anybody with any integrity figured out that Hillary Clinton’s campaign bought and paid for that dossier and that it has nothing in it that to this day has been verified — and if the entire investigation into Russian collusion is based on that and it’s a fraud — I stop the investigation and say, “There’s nothing here.”

He’d call here, off air, before the show started, “What the hell did you say? Somebody told me what you said.”

“What did you mean?”

But outside of Christie, I haven’t heard from anybody. I try to put myself in other people’s shoes, and this is how I think, and this is why I know I’m naive. Let me pretend for a moment that I’m Mueller and that everything about me that they’re saying about Mueller is true. I am a paragon of virtue, and I am Mr. Integrity, and I have so much honor that it blinds everybody in Washington when they look at me.

Okay. Set these things up as true in our little hypothetical.

So here I am Mr. Integrity, Mr. Honesty, Mr. Nobody Can Hold a Candle to Me in Terms of My Honor, and I hear this guy on the radio, and he’s ripping me to shreds, and he’s saying the things that I’m doing are dishonest and not with any integrity. What would I do? Would I call that guy? If I’m really all of those things and if I believe I’m those things and if it’s important to me to be considered Mr. Integrity and Mr. Honor and Mister This and That — if anybody is out there has got me so wrong — would I call them and try to tell them that they’re wrong?

I mean, in Mueller’s case, he doesn’t talk to anybody.

He’s an investigator, of course, and a lawyer, and he’s not talking to a soul.

So there’s no reason that he would call me — and so, thus, I’m not surprised. But I thought it was worth answering the question. I do try to put myself in other people’s shoes and ask how I would behave if I were exactly who it is said they are and I was doing exactly what they’re doing. But you can’t do that ’cause you’re not anybody else. But it’s a fun thing to pretend.